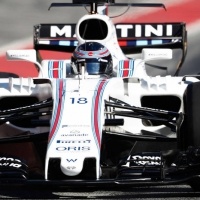 The first Canadian to race on the Formula One circuit since 2006, Canada's Lance Stroll, just 18, has as many critics as he supporters. While his talent behind the wheel is evident in the victories and series titles Stroll earned in the lower ranks of open-wheel auto racing, many feel it was his the bankroll of his father, billionaire Lawrence Stroll, that bought his son's seat on the prestigious Williams race team so rapidly.

Stroll has been about winning his entire career. He launched his racing days karting in North American, and was part of the Ferrari Driver Academy from 2010-15.

Stroll took his skills to Europe in 2014, winning the Italian F4 championships. He won the Toyota Racing Series in 2015 and the 2016 FIA European Formula 3 title, leading to his opportunity with Williams.

Stroll's racing career has been bankrolled by his father, clothing tycoon Lawrence Stroll, the man behind the Tommy Hilfiger brand and reported to be worth $2.4 billion. The Swiss-born Stroll, whose wife, fashion designer Claire-Anne Callens, is from Belgium, relocated to Canada, where he began working on his fortune. Some reports suggest that the elder Stroll financed Williams up to $80 million in order to get his son a ride on the team.

Stroll did win the F3 title in 2016, and that's traditionally been a stepping stone to a ride in F1. But while he certainly has talent, there's no doubt his father's money made the trip to the top less bumpy.

According to published reports, Lawrence Stroll surrounded his son with an A-list support staff that included Ferrari engineer Luca Baldisserri and five Mercedes engineers. He also purchased a simulator for Williams that was calibrated for F3 to specifically increase his son's chances at victory. Stroll was also given a 2014 Williams F1 car to allow him to do testing on F1 circuits while racing last year in F3.

Stroll launched his F1 career in the 2017 Australian Grand Prix, but enjoyed little success to start. He was forced to retire from each of his first three races before finishing 11th in Russia. Stroll then was 16th and last in the Spanish Grand Prix and he finished 15th at Monaco.

As the son of a billionaire, naturally Stroll is frequently called out by those who insist he only got to his current position riding on his father's bankroll. One of Stroll's harshest critics has been former Canadian driver Jacques Villeneuve, the 1997 F1 champion who also launched his career at Williams.

While Villeneuve believes that eventually, Stroll will win in F1 as he has at every level of racing on his rapid rise up the ladder, he's also of the opinion that the teenager wasn't prepared enough for the leap into F1 at such a young age.

At the same time, Stroll has received strong backing from Claire Williams, the deputy team principal of Williams, who calls the criticism of her rookie driver unfair, noting that all first-year drivers struggle to make the transition. As for Stroll, he labeled the negativity toward him as nothing but noise, and with back-to-back points finishes in Montreal and Baku, provided evidence that he is learning his lessons quickly.

With his third-place performance in the Azerbaijan Grand Prix in just the eighth Formula One drive of his career, Stroll became the youngest rookie to earn earn a podium finish in the history of F1. It was the first podoum finish by a Canadian driver since Villeneuve was third in the 2001 German Grand Prix.

How good will Lance Stroll be?

After a slow start to his F1 career and questions about whether he was worthy to sit in the seat of a car on the world's No. 1 racing circuit, Stroll has picked up the pace, slowly silencing some of the naysayers.

He earned his first points of the season on his home course in the Canadian Grand Prix on Montreal's Circuit Gilles Villeneuve and followed that up with his first podium finish, a third place in the Azerbaijan Grand Prix.

Still a teenager, the sky seems the limit for how far Stroll's talent can take him as he matures.