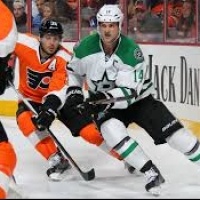 Knowledge is king and when it comes to wagering. The more you know, the better the chances you will consistently be able to formulate winning betting strategies. Whether you like it or not, analytics are a crucial part of ensuring your bets are successful. If you dig a little deeper into the numbers, it can help you to be a more successful bettor. And that's where the Adjusted Efficiency Margin comes into play, an easy stat to calculate, yet one that can make all the difference.

The adjusted efficiency margin was started by metrics king Bill James in baseball and has since been applied to several other sports, including hockey. In simple terms, the adjusted efficiency margin - also know in hockey circles as the scoring efficiency ratio- is comparing a team's offensive prowess against their defensive stubborness. It shows the number of goals a team would be expected to outscore the average opponent by without taking into consideration the location of the game.

Through the end of February, the Washington Capitals were the NHL's best in this category. The Capitals had scored 207 goals and allowed 129 goals, giving them a scoring efficiency ratio of 1.60.

How To Use Adjusted Efficiency Margin

This single number highlights both the teams offensive ability and its defensive ability, and the higher this number is, the better it is for that team.

It also seems to be a stat that you can count on in the long run. Last season, the Stanley Cup champion Pittsburgh Peguins owned the NHL's second-best scoring efficiency rating at 1.21. The San Jose Sharks, who lost in the final to the Penguins, were sixth-best at 1.14.

How To Calculate Scoring Efficiency Ratio

Unlike many of hockey's so-called fancy stats, which can appear to be as complicated to figure out as Egyptian hieroglpyhs, tabulating the scoring efficiency ratio for an NHL team is as easy as adding up how long a two-minute minor penalty will be.

You simply take a team's total goals for and divide it by their goals against. It is the margin of goals that said team should be winning games by onnaverage.

When wagering, you'll want to put your money on the teams with the higher scoring efficiency ratio, especially when they are playing a team with a negative ratio.

Teams that rate among the top in scoring efficiency ratio are the teams you should be backing to win the Stanley Cup. The numbers don't lie.

This is also a good stat to source a top seed that could be upset by a lower seed.

Since 2009-10, every Stanley Cup champion has finished in the top nine in the NHL in scoring efficiency ratio. Let's face it, the name of the game is to score more goals than the other team. That's why you always put a lot of stock in this stat when analyzing your Stanley Cup choices.

Avoid teams with negative scoring efficiency ratios like the plague. Backing them to win the Stanley Cup is fool's gold, and you know what they say about a fool and his money being easily parted.

What About Special Teams?

How much weight should you give to teams that are strong on the power play when making a wager on an NHL game? As it turns out, not that much.

The power play is the icing on the cake. It's an uncontrollable variable - you don't klnow how many penalties will be called in a given game and generally, the deeper you get into the playoffs, or into a playoff game for that matter, the fewer infractions that will be whistled.