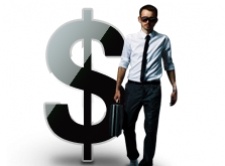 As they say, there are two sides to every story, just as there are two teams to every game. You will often find in the tales you are told about an incident by opposing parties that there are wide discrepancies in each view of the outcome. The same formula often holds true when looking to bet on a sporting event. You will very frequently find that that are vast gulfs in between the two teams in terms of record, in terms of talent on the roster and in terms of their chances of success.

When The Underdog Should Be Your Favorite

That's why it's not surprising to see a 14-point spread on an NFL game, or in the case of college football games, occasionally there are spreads that reach to upwards of 30-plus points on a single game. As you look at a lopsided prognostication on a game such as these two examples, the outcome in terms of winner and loser on the scoreboard certainlly does not appear to be in doubt. But what you have to decide as a bettor is whether that favored team is really that much better than the other team that they will dominate to the extent projected.

Welcome to the world of public underdogs. First of all, you'd never bet on Alcorn State to beat Alabama on the football field. But if Alabama is favored to win the game by 31 points, are the Crimson Tide still a good bet, or is it time to consider a wager that the tiny, overmatched Braves will be brave enough to stay within 30 points and not get entirely rolled by the Tide?

These are the decisions a bettor will face every day as they wade into the world on longshot underdogs. Some underdog wagers will make sense, while others will clearly be a venture in the pursuit of fool's gold. But what you have to remember when looking at point spreads is that this is not the sportsbook handicapper predicting the final score. It's the sportsbook handicapper finding the required balance needed in the line to encourage at least 50 percent of the money wagered on the game to be bet on the underdog.

When To Go Public With Underdogs

In the aforementioned scenario, were you to bet on Alcorn State, the Braves don't have to win. Heck, they aren't even required to keep the game close. If Alabama wins say 38-10, or 48-21, you also win if you wagered on Alcorn State at +31. And you'd have to suspect that in a mismatch such as this, Alabama coach Nick Saban is going to call off the dogs and get his second and third-stringers into action to gain them some much-needed experience, a move that would certainly impact the scoreline on the game.

That being said, there are a vast number of ridiculously one-sided final scores in NCAA football, so approach those huge underdogs with a note of caution. Study their recent results in these types of lopsided-line games and see if a bet on that underdog is a wise one.

Public Underdogs In The NFL

In the NFL, a double-digit point underdog will always be an attractive wager. If you study the NFL on a game-by-game basis, you are aware of the parity within the league. The number of NFL games decided on the last possession almost always runs above 40 percent in any given year. A study concluded that the average margin of victory in an NFL game is 11.2 points, though the median of this research proved out at eight points, which would make the outome a one-score verdict with a touchdown and two-point conversation.

Thus, should you see an NFL game with a 14-point underdog, you'll want to give that underdog solid consideration for a wager, and with good reason. From 1987-2015, another study concluded that of the 11 NFL games with a point spread of 20 points or greater, while no underdogs managed to win the game straight up, only two favorites were able to cover that huge spread.

The largest point spread in NFL history came in Week 2 of the 2013 season, when the Denver Broncos were a 26.5-point pick over the Jacksonville Jaguars. The Broncos won the game 35-19 but didn't come close to covering the spread.

When To Stay Away From Public Underdogs

There are times when betting public underdogs makes perfect sense. Take the example of the men's 100 metres at the 2016 Rio Summer Olympic Games. Seeking his third straight gold medal, Jamaica's Usain Bolt was sent off as the -275 favorite to win the final. But he was 29, had looked unimpressive en route to the final, and seemed ripe for the picking.

American Justin Gatlin, meanwhile, was blowing away the opposition and posted the fastest time in the preliminaries. At +250, he was a reasonable underdog wager in the race, and if you'd backed him with a $100 wager, you would have pocketed $350 when Gatlin ran to the gold medal.

On the flip side, there are public underdog wagers that boggle the mind. Take the craziness of the action on UFC fighter Conor McGregor in his 2017 boxing match with world champion boxer Floyd Mayweather Jr. McGregor opened with odds of +1100, while Mayweather was an overwhelming -2500 favorite. But so much money was wagered on McGregor that by fight day, his odds had dipped to +300 and Mayweather's to -400.

The fight turned out to be a decisive win for Mayweather, who scored a technical knockout of McGregor in the 10th round and the sportsbooks pocketed all that cash so foolishly wagered on McGregor, who was basically a fish out of water facing perhaps the world's best pound for pound boxer.

Also, never let your heart lead you to a wager on a public underdog. In 1980, three-time world heavyweight champion Muhammad Ali came out of retirement and challenged the reigning champ Larry Holmes. Ali was a beloved figure - the didn't call him The Greatest just for fun - but at the age of 38 and nearly two years removed from the ring, he could no longer float like a butterfly or sting like a bee. He hadn't looked like his old self in several fights prior to this one.

Still, his public persona led many to foolishly back Ali against Holmes, who was unbeaten, in his prime at 31 and who had fought seven bouts during Ali's retirement. Holmes opened as the +300 favorite, but so much money was wagered on Ali that by fight time the odds on Holmes were down to +140. Holmes destroyed Ali, winning every round before Ali's corner threw in the towel following the 10th round.

The message to be learned here is that while taking public underdogs can prove to be a profitable venture, it also must be a wise investment. As the old saying goes, if it looks too good to be true, then that's probably the case, and it's a good time to keep your money in your wallet.