Betting Against The Public 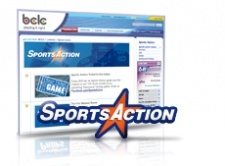 If life, whether it be fashion, nutrition, or exercise, the masses spend far too much of their time absorbed with the notion of keeping up with the latest trends. What designer is that Hollywood star wearing to the Oscars? Is kale the new spinach? Planking or crunches - which is the quickest way to six-pack abs? But it's wise to remember that today's fad often fades by tomorrow, so be wary of going with the flow and opting to follow the crowd.

The same logic should be applied to the sports bets that you make. It's easy to follow the noise and fall in with the general public as it gets aboard the bandwagon for a team. How many of you jumped on board the New England Patriots' train during the run-up to Super Bowl LII and put your money on proven Super Bowl winners Tom Brady, Bill Belichick and the Pats, while scoffing at the chances of the NFC champion Philadelphia Eagles, who'd never won a Super Bowl and were starting Nick Foles, their back-up quarterback?

If you did, you gave the Eagles four points. That was the spread that New England was favored to win by, but as well all know by now, it was Foles and the Eagles who came away with a 41-33 victory. It was the seventh straight Super Bowl in which a team favored by four or more points failed to cover, and in six of those instances, the favorite was an outright loser in the game. In other words, going agains the flow has paid off handsomely in recent Super Bowls.

What those numbers show you is that from a betting standpoint, going with the crowd is not only crowded, it can prove unwise and get your wager trampled to bits. In the case of sports betting, there's a strong case to be made for the value of taking the contrarian approach to wagering. It may not always work, but when it does, the best part is you're a winner, and the odds are in your favor.

One of the most popular forms of contrarian wagering is simply called fading the public. In other words, look at where most of the money is being bet and bet the other way. Zigging when the majority zags can prove to be a very profitable method of wagering. Studies showed that during the 2017 NFL season, taking the opposite viewpoint and playing the underdog in games where there was an overwhelming favorite paid off in seven of every 10 wagers.

There are plenty of recent examples where betting against the public would have paid you handsomely. Playing Donald Trump to win the U.S. Presidential election seemed absurd to many, yet you'd be laughing all the way to the bank had you backed the Donald from the outset of his campaign, even before he won the Republican Presedential nod.

Likewise, after years of failure, not many were playing Alex Ovechkin and Washington Capitals to knock off Sidney Crosby and the two-time defending champion Pittsburgh in the 2018 Stanley Cup playoffs. Yet there was Ovechkin being handed Lord Stanley's mug by NHL commissioner Gary Bettman at the end of the postseason.

That being said, betting against the public, as this type of wager is also known, is like any form of wagering. It isn't foolproof. Plenty of people backed UFC scrapper Conor McGregor to defeat world champion boxer Floyd Mayweather Jr. in their boxing bout last summer, and that proved to be an exercise in futility. As well, lots of people bet on the first-year expansion Vegas Golden Knights to complete their miracle season by toppling the Capitals in the 2018 Stanley Cup final, which the Caps won handily in five games.

As we noted above, traditionally, one of the best opportunities to go against the flow and bet from a contrarian point of view is during the Super Bowl. Teams favored by seven or more points are 2-7-2 against the spread in the last 11 occurrences during the big game. Overall, heavy favorites (seven or more points) are 11-12-2 in Super Bowl history. Teams that have been granted double-digit favorite status are a middling 7-6-1 ATS.

Four double-digit Super Bowl favorites were outright losers in the game, including the last two to be granted such status. A 12-point pick in Super Bowl XLII, the Patriots fell 17-14 to the New York Giants. The Patriots were on the other end of the equation in Super Bowl XXXVI. Coming into the game as 14-point underdogs, New England dropped the favored St. Louis Rams 20-17.

The most outrageous example of going against the flow came in Super Bowl III. When Joe Namath, quarterback of the AFL champion New York Jets, 18-point underdogs to the NFL champion Baltimore Colts, guaranteed that his team would emerge victorious. Most scoffed, but those who listened were rewarded handsomely when the Jets pulled off a stunning 16-7 victory. One year later in Super Bowl IV, the Kansas City Chiefs, 12-points underdogs, whipped the Minnesota Vikings 23-7.

It Isn't A Panacea

Remember, this is still called gambling for a reason. That's because no system is foolproof. Take the Cleveland Browns for instance. They were an NFL-worst 0-16 during the 2017 season and were almost as bad against the spread, an NFL-low 4-12. So betting against the public in games involving the 2017 Browns would have lost you a lot of money.