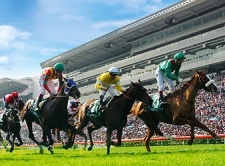 As horse racing fans in Alabama have come to accept, there is no live racing in the state. In a cruel twist of fate, the (G1) Alabama Stakes is named for a prominent 19th century horse breeder whose hometown was Mobil, Alabama, but the race is actually held every year at Saratoga in New York. But race fans still have a chance to watch and wager on racing every day thanks to simulcast racing broadcasts offered at one of the handful of greyhound racing sites in the state.

Besides heading out to catch simulcast racing in Alabama, racing fans can always place their bets anytime, from anywhere, through an acccount with an online racebook. There are many reputable and secure racebooks out there, all offering an array of bonuses - such as weekly or daily cash back - and other promotions, so check the details to find one that suits your betting strategy.

For serious horseplayers, Bovada's racebook offers something that most others don't, and that's the chance to make future bets on some of the major races around the world such as the Epsom Derby, the US Triple Crown races and the Breeders' Cup races.

By making a future bet well in advance of the actual race, you can lock in your pick to win at often what will be much higher odds than when the race is actually run.

As of the summer of 2017, there are four locations to wager on simulcast horse racing in Alabama. Three of these are at live greyhound racing tracks, including Birmingham Greyhound Racing, Mobile Greyhound Park, and Victoryland Greyhound Park in Shorter, Alabama. In addition, Greenetrack in Eutaw, Alabama offers both simulcast dog and horse racing. 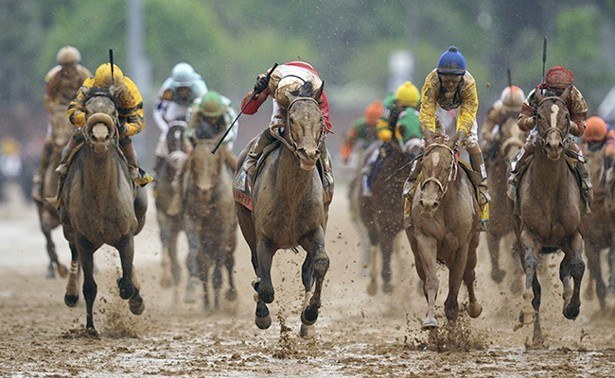 The track offers live dog racing five days per week all year around, in the afternoon on Monday, Tuesday and Friday evenings, and both afternoon and evenings on Wednesday and Saturday. In addition, they offer simulcast horse wagering for both thoroughbreds and harness racing seven days per week throughout the year fronm more than two dozen North American tracks. They also have a billiards and darts room, basic food and beverage service, and a driving range.

Victoryland is a greyhound racing track run in conjunction with a casino that has been opening and closing due to an ongoing legal battle with the state over the legality of electronic bingo machines. As of August 2017, the casino is open 24-hours, seven-days-per-week.

At present there is no live dog racing, but there is simulcast racing for both horses and dogs every day except Tuesday. There is a retaurant serving basic pub food.

Greenetrack is a 24/7 casino gaming center with a variety of gaming machines, and also offers daily dog and thoroughbred horse racing simulcasting from more than 40 different tracks. There is also a full service bar and grill as well as community prizes waiting for you.