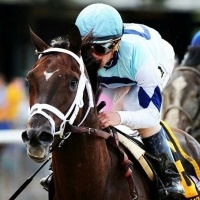 One of the original races in the Breeders' Cup lineup when the World Championships were launched in 1984, the Breeders' Cup Juvenile is for horses aged two and the winner is always considered a top contender for the Kentucky Derby as a three-year-old the following spring. The race has been run at different distances over the years, but it is now run at 1 1/16 miles on the dirt track, for a total purse of $2 million. For 2018, the BC Juvenile will be run on November 3.

Once you've worked your way through the past performance information and decided on your Breeders' Cup Juvenile picks, you can make your bets at and collect great bonuses as well with one of these online racebooks.

Handicapping the Breeders' Cup Juvenile can, on one hand, seem pretty straight forward. The thing about the Juvenile as far as betting tips is that as the horses are only on their first year of racing, going into the Juvenile they have only three or four previous races on their resume, and typically a glance at these past races can help a lot in separating the contenders from the rest of the field.

The first thing to look for is the level of competition they have previously faced, and what the results of those races have been. Just looking at the past five winners of the Juvenile, we find Classic Empire (2016) who came into the Juvenile with three wins to start his racing career (in his one other start, he lost the rider at the gate and was officially scored as a "Did Not Finish") with one of those wins in a Grade 1 race, and the other in a Grade 3 event.

Similarly, the 2015 winner, Nyquist, also won his first four lifetime starts, two of those in Grade 1 stakes, the other in a Grade 2. In 2012 Shanghai Bobby won the Juvenile following on four straight wins to start his career, with two graded-stakes wins, one of those a Grade 1. Clearly, all of these horses had been racing with the best in their age group prior to the Breeders' Cup, and in winning those races, showed they deserved to be among the favorites for the Juvenile in the year they won.

Unlike the previous two winners, 2017 champ Good Magic didn't have a win in his two starts prior to the BC Juvenile, but he had run second in both of those races, the second one being the (G1) Champagne Stakes. So he was in good form, and a fairly logical challenger to win the Juvenile.

Having said all of that, it's important to keep in mind when handicapping the Juvenile that two-year-old horses are still developing, and can take huge strides forward (or not) at any time of the year, and even from one race to the next.

Two other winners of the BC Juvenile in the past six years show how this can happen, as Texas Red (2014) only had a maiden win in his third start to his name prior to the Juvenile, and although he did prep for the race by running in a Grade 1 Stakes, he only finished third. The other winner, New Year's Day in 2013, was even more of an outlier, as he only had two maiden races prior to the Breeders' Cup, and had only just broken his maiden in the second of those before winning the BC.

In a different way of looking at how young horses develop, note that in the 32-year history of the race, only two Breeders' Cup Juvenile winners have actually gone on to win the Kentucky Derby, those being Street Sense in 2006, and Nyquist in 2016. While there are a number of factors that play into this, an obvious reason is that other horses that weren't at their best running as juveniles improved greatly in their three-year-old year.

What this means is that in addition to looking at the Juvenile runner's recent results and level of competiton, to successfully handicap the BC Juvenile you also need to take a close look at the results of the previous races for those horses that don't immediatley stand out, but for whom the running line of previous races may hold a clue as to whether thay can be expected to make forward progress in the Juvenile.

For example, prior to the 2013 BC Juvenile, New Year's Day had won for the first time in a maden race at Del Mar. Looking at the running line and split times for that race, it shows he was able to stalk close up to a fairly quick opening half-mile, take over at that point, open a clear lead on the field and dig in to hold that lead until the end. Those are all signs of a young horse that is comfortable and relaxed, one who will likely make forward progress with a bit more conditioning before his next start.

As for what to expect when betting the Juvenile, over the past 10 years the winner's odds have averaged around 8-1, but that number is greatly skewed by the 30-1 upset win of Vale of York in 2009, in a race where the 2-1 favorite had to overcome all kinds of traffic trouble to rally from tenth place, just missing the win by a head. Had that result been reversed, that 10-year average of winner's odds would have been closer to 5-1, with four favorites taking the race.

In 2017, Good Magic was actually a bit of an overlay when compared to recent averages at odds of just under 12-1, producing a nice $25 payout on a $2 Win ticket

Taking an even longer view, 11 - or more than 1/3 of the Juvenile winners since 1984 - were the favorite to win the race, while Good Magic joins seven other winners that were in double digit odds.