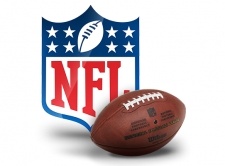 Live betting is a staple of pretty much all professional sports, none more so than the NFL. And of all the possible mid-game betting patterns you can engage in, the halftime wagering process is among the most touted and easiest to understand. In order to make sure you're profiting off these gambles, though, you have to take a different approach and adhere to a different mindset. What follows is a crash course in how to make your halftime NFL betting experience the best one possible.

What Are Halftime Bets In The NFL?

Halftime bets, as previously mentioned, are a form of live betting, so let's briefly go over those.

When most people use online sportsbooks, they focus on big-picture wagers, such as championship bets, or single-game outcomes using the moneyline, spread or over/under. They may also sniff around the prop bets section, which provides off-beat wagering options that typically pertain to an outcome with a game's actual outcome. In the NFL's case, such a bet would include the over/under on the number of yards Green Bay Packers quarterback Aaron Rodgers throws for in a mid-December road game against the San Francisco 49ers.

Live bets are like a glorified prop. You are still betting on single-game outcomes, but you are making those investments after the competition in question has started. The best sportsbooks will have pages dedicated to all the games, updating the spread, moneyline and over/under in real-time, so that you can place a bet pretty much whenever there's a stoppage in play.

Halftime betting champions this same logic. You're taking stock of a game already in progress through the first two quarters, and then you're picking a specific outcome or, sometimes, throwing money at a mid-game prop.

Benefits Of Halftime Betting In The NFL

Frankly, if you are going the live-betting route, prioritizing a halftime investment is the way to go.

Yes, as noted, many sportsbooks update all their lines in real time. It doesn't actually matter when you place a live-game bet. Whenever a whistle is blown, timeout is called or commercial break is signaled, these sites will give a window in which to wager on the spread, moneyline and over/under, in addition to certain props.

The issue? You aren't given a lot of time to hash out your decision. This window of opportunity could be fewer than two minutes when all is said and done. Unless you have an ironclad hold on the direction a game is going, you'll be up against the clock. Heck, this time crunch isn't even always a matter of indecision. You just might not be able to submit your wager quick enough, depending on whether you've already set up your sportsbook account, how reliable your Internet connection is, and how adept you are at navigating technology in general, be it on your phone, mobile betting app or computer.

Waiting until after the second quarter inoculates you against this problem. NFL halftimes can typically last up to between 25 and 30 minutes. That will give you at least 15 to 20 minutes of solid contemplating before you absolutely have to submit your wager—wiggle room that will prove especially valuable during super close games.

Where halftime betting, and all live-game wagering, starts to diverge from the typical sports gambling is in its offerings. Though you can bet on mid-game props, your options will be fewer than they were prior to the start of the contest, and that's assuming the sportsbook offers them at all.

Zeroing in on the three main outcomes is the more profitable play: moneyline, spread and over/under.

The latter two wagers can be leaned upon almost indiscriminately. If it seems like the New York Giants and Cincinnati Bengals are trading touchdown after touchdown through the first two quarters when playing each other, you'll have evidence in support of betting the over. Conversely, if they are engaged in a good old fashioned slugfest, you'll have incentive enough to check the under.

Things work the same way with the spread. You don't need to care about the winner in this scenario. Nor do you need to pay much attention to a blowout. You only care about the second-half margin.

For example, let's say the Kansas City Chiefs are pummeling the Houston Texans 31-7 entering halftime. Don't be afraid to invest in smaller spreads that favor the Texans over the final two quarters. If they're a -7 over the Chiefs, you're not saying they should win, but that they will outscore Kansas City by at least a touchdown.

These are great opportunities for you—borderline market inefficiencies. Teams that hold huge leads tend to take their foot off the gas by the middle of the third quarter. In our example, the Chiefs will be playing for possession time rather than scoring total. And they'll bake in more conservative defensive schemes instead of remaining aggressive and risking big plays. This opens the door for the Texans to score a lot more than the Chiefs without ever threatening a real comeback.

Betting on the moneyline is a little more complicated. You're investing in the potential winner allone. You may have a good grasp of which team will come out on top by the end of the game, but so, too, will the oddsmakers. Their lines will reflect as much.

Going back to our Texans-Chiefs hypothetical, it wouldn't make any sense for you to bet on the Chiefs' moneyline. They will probably be a -1000 or something ridiculous entering the second half. The return on investment isn't nearly worth the capital you'd be putting up.

Use halftime moneylines instead when the game is super close and you're dealing with coin-toss outcomes or when you firmly believe the trailing team will make a comeback and win. The second option, for the record, is traditionally the most lucrative.

If the Baltimore Ravens are trailing the Pittsburgh Steelers by 14 points at halftime, they could be laying a +600 moneyline, meaning for every $100 you wager you have the chance to win $600. That's not a bad investment if you think the Ravens have the offensive firepower to neutralize the initial 14-point gap.

While halftime props are less popular than betting on real-time outcomes, they are far from unheard of. During the playoffs specifically, when even more eyes are on the NFL, sportsbooks will offer against-the-grain options with more frequency.

Anything along those terms that doesn't emphasize the big-picture outcome would be considered a prop. Generally speaking, you should turn to these when you're unsure how to bet the spread, moneyline and over/under. Otherwise, the three aforementioned betting types are more live-game friendly.

Perils and Pratfalls Of Halftime Betting

Make sure you know what you're betting on. Some things tend to get lost in translation when looking specifically at our big three of moneyline picks, spread bets and over/under wagers.

If you see the Atlanta Falcons are a -8 favorite at halftime over the Tampa Bay Buccaneers, ask yourself this: Am I betting on the second-half happenings alone? Or is this a macro bet that stipulates the Falcons will win the game by eight or more points?

Similar misinterpretations happen for the moneyline and over/under as well. People don't always realize they're betting on the outcome of the entire game and not the second half alone (or vice versa).

This sounds more confusing than it really is. Sportsbooks will clearly match and delineate betting types on their tickets. You just need to make sure you're reading properly. Submitting one wager when you think you're betting on another is a good way to come up a loser.