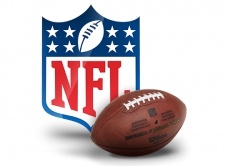 At first blush, the prospect of using NFL betting databases will sound fantastic. In essence, these portfolios have kept track of the outcome to every betting line of every game under every circumstance over a certain period of time. But how useful—or rather, how accurate—are these tools? Not as efficient as you would like or need.

Betting databases are supposed to be exactly what they sound like: an outcome bibliography that allows you to call back the result of any game, or series of games, for a certain team.

These recollections can get as specific as you like, for the most part. If you want to see how well the Chicago Bears have fared against the Green Bay Packers while playing at Lambeau Field (i.e. on the road) as the underdog since 1974, you should be able to input those qualifiers and have the database spit out a concrete record.

Sound too good to be true? Well, it is. And even if it's not, these returns can only be so helpful.

Using NFL databases, such as the one offered by Odds Shark, is an imperfect approach because they are subject to errors.

You can only go back so far in history and trust the returns you're getting. Not every betting line was documented, say, decades ago. Past odds and circumstances are often estimated this far into the future or gleaned from other third-party records that may be incomplete or based off estimations themselves.

This isn't meant to disparage the NFL databases out there. Some of them can be quite accurate. But this is a reality when trafficking in such an extensive history. Certain statistical sites, such as Pro-Football-Reference, only have numbers dating back so far. Betting databases don't advertise the same limitations, even though they are subject to them.

In the best-case scenario, you're getting an accurate portrayal of data based off a mishmash sample. What we mean by this is you don't know whether all the betting lines and subsequent outcomes are based off the same sportsbook. They could be taken from an array of oddsmakers depending on where the information was available.

This is problematic, particularly when looking at single games. Different sportsbooks have different odds. And even if they only diverge by a point or half-point, that can still be the difference between a winning and losing bet in certain instances.

Another issue with these databases is they churn out general returns. For example, you might be able to see the Dallas Cowboys' record when playing at home as the favorite over all other NFC East division teams since 1985. But you have no idea of knowing how their "favorite" status has been interpreted. Databases use it as a sweeping term. It will include games in which the Cowboys were favored by two points, seven points, 14 points—you name it. And the outcome to bets no doubt varied based on how large the spread was.

Some databases don't even look at the spreads. They take into account straight moneylines. You run into the same incomplete picture here by not knowing how heavy a favorite or underdog a specific team was at the time.

Sticking with a Cowboys-NFC East example: Yes, Dallas may have, say, a 67 cover or winning percentage when entering as the favored team in those circumstances. But the fact that you have no way of knowing whether they were a -160 or -1,060 for most of the games in that sample is disingenuous to what you're trying to accomplish.

Look, we by no means mean to pour cold water all over NFL betting databases. They're not entirely useless. They're just better served in a limited capacity.

Only take betting databases at face value when looking at the semi-recent past—think 10 years or last. Records over that time were more common, more consistent and just generally more accurate. Go back further than 10 years, and you open yourself to making a decision while viewing inefficient results.

To that end, you shouldn't care about going too far back in time to begin with. The distant past cannot always inform the present. The Green Bay Packers of today aren't the same team they were 50 years ago. What does it matter if they've usually destroyed the Chicago Bears when playing host to them in the month of December over the past five decades?

Sure, you can place some stock in that record, whatever it may be. But it should in no way, shape or form be the determining factor when playing a spread or moneyline bet.

The most thorough NFL bettors will find ways to avoid leaning on aggregative databases by starting a miniature one of their own.

This sounds like more work than it really is. All it takes is a spreadsheet and the ability to log spreads twice a week—when they come out, and then after a certain game's result. This way, when you wish to see how the Packers fared as six-point underdogs at home, you can simply check your spreadsheet.

Again: This shouldn't take a lot of time, in large part because these databases are most useful when looking at the same season. You don't need to pore over results from decades ago to effectively aid your single-game spread, over/under and moneyline bets.

Can you log all three of those for each game, followed by the outcome for them, and compile one big database? Sure! Combining past results is fine. But you shouldn't use results from more than a couple of years ago as gospel.

Some like to say it's fine to take these hindsight results at face value when the team in question is starting the same quarterback. It's not. The players around them change. Not only that, but so, too, do their opponents. In our Bears-Packers example, it doesn't necessarily make sense to look at Green Bay's record in Chicago during the Aaron Rodgers era because he's faced so many different iterations of his Windy City enemy. It's acceptable to use said record as a loose baseline, but the emphasis here needs to be on loose.

There is no substitute for the most recent results—games, news, injuries, play styles, etc. This holds true even for more generalized bets, like trying to look at the pattern of the over/under finishes in every Super Bowl in NFL history. Reading into that record verges on pointless. It is far more valuable to track the trajectory of the total scores, to see how they've ebbed and flowed over the years, and then apply that trend to the over/under being offered for the year in which you are betting.