NFL Over / Under Betting Strategies 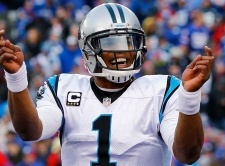 When it comes to betting on any NFL game, most gamblers seem to focus on the money line or point spread. But there's another wager that has nothing to do with which teams wins the game — the Over/Under bet, also known as "Totals."

An over/under (O/U) bet is a wager in which oddsmakers will set the betting line in a given game, and bettors wager that the actual "total" of the points scored will be either higher or lower than that number.

In Super Bowl LII, the five-time champion New England Patriots were ready to take on the Philadelphia Eagles — a franchise that had never won the league title.

Tom Brady and the Patriots were posted as solid favorites at -4.5 points on the point spread. The over/under total for the championship indoors in Minneapolis was set at 48.5 points.

In this Super Bowl, the Eagles beat the Patriots 41-33. In the over/under bet, it didn't matter that Philadelphia won the game. What mattered is the fact the total of the final score was 74 (41+33), which means those that bet the over (48.5) on the big game had a winning ticket to cash.

The goal of oddsmakers is to set the betting line so that an equal amount of bets are wagered on both sides. These experts don't just pick these numbers out of thin air. Often, the betting line is very close to the actual total points scored in the game.

• Don't just bet the "over" in NFL games: The league has changed over time. The rules have made it easier for offenses to move the ball and score points in bunches. But that doesn't mean every game is going to be a shootout with the "over" winning every totals bet.

In 2017, the Patriots were second in the league in scoring with a +162 point differential, averaging 28.6 points a game. And yet, the over bet had a losing record (9-10) for regular season and playoff games involving New England.

• Do your homework: Injuries to key players, weather conditions, streaking teams — these factors will help sway you one way or the other on a totals bet.

Let's take Super Bowl LII as an example again. Both the Patriots and Eagles were obviously streaking since they had to keep on winning to get this far. Both teams were relatively injury free since they had two weeks to prepare for the big game.

And here's the stat that convinced many to bet on the over: Both teams had played in a dome that season, and both moved the ball with ease and scored more than 35 points each in their respective games. Add those points up and 48.5 looked very attractive.

Injuries to quarterbacks is another factor which can convince bettors to take the under. The backup QB often has trouble moving his team, which tends to lead to a lower-scoring game.

Rain and snowstorms also have an impact on the scoring in the NFL. So, weather conditions on game day must be weighed in a bettor's decision.

• History of two opponents: There are some longtime rivalries in the NFL — Bears-Packers, Cowboys-Redskins, Chiefs-Broncos, Steelers-Ravens.

Rivalries are occasionally created due to a particular event that causes bad blood between teams, players, coaches or owners, but for the most part, they arise simply due to the frequency with which some teams play each other.

These games have more on the line than just winning. There are bragging rights and often playoff implications up for grabs. Expect a tight game where teams will score fewer than their average number of points.

• Let's go shopping: If you're playing the over/under bet online, you don't have to settle for the betting line of one particular site.

Let's say you think a lot of points are going to be scored in this weekend's big game. The betting line is 50 on one site, but it's 49 and 48.5 on two others that you often visit. If you feel scoring is going to dominate your game, pick the site that is offering 48.5 points. You've just found better value for your bet.

Where to Bet on the Over/Under

The U.S. Supreme Court struck down a federal law banning sports gambling in May 2018, opening the door for state lawmakers to legalize sports betting.

Some jurisdictions are coming on board quickly, others are still debating regulations within their governments. Sports betting was already allowed in Nevada, Delaware, Oregon and Montana. Others that are now up and running include New Jersey, Mississippi, West Virginia, Pennsylvania and Rhode Island.

If you don’t live in one of these states or would rather just play online anyways, you can bet the over/under totals in the NFL at these top gaming sites — Bovada, TopBet or BetOnline.