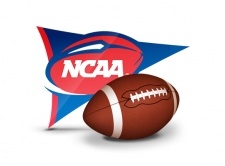 When most people bet on college football, they gravitate toward the run-of-the-mill wagers: straight spread picks, moneylines and over/under investments. Maybe they'll even throw in an occasional prop. Parlay bets fall by the wayside more than other wager types. The reason why is multi-faceted. Some people just aren't familiar with them. Others believe they're too difficult to hit on. A few more just don't like trying anything new. In reality, though, parlay betting can be highly profitable if you're employing the right strategy. There is some truth to the notion that it's a harder method of gambling than typical bets, but we have some tips of the trade that'll help you make it exponentially easier.

What Is Parlay Betting?

For those who are new to the college betting scene or just looking for a refresher, parlay betting is essentially a multi-layered wager. You're not betting on just one thing, but two or more, and they all need to pan out for you to have a winning ticket on your docket.

Despite what some may think, parlays can be assembled using just about anything. You do not even need to invest in more than game or event—just more than one outcome.

A majority of bettors will simply pick between these three lines and submit a spread, moneyline or over/uner wager. Some might actually throw in separate wagers if they like the spread and over/under. But if you are confident enough in your picks, you needn't do that.

Technically speaking, you can bet on Alabama to cover at -15.5, with a win at the -850 moneyline, while selecting the over for the entire game. If you are correct on all three accounts, the return on your investment will be exponentially higher than it would be had you just played the spread by itself. Of course, you need to remember that all three of predictions must come true if you're to win this bet. Should Alabama win and cover the spread but the two teams combine for under 55 points, then you're out of luck.

The same logic applies when betting across multiple games. Let's say you see a Saturday afternoon slate that looks something like this:

Should you have a strong inkling on which way the spreads will go in all three of these games, you're encouraged to parlay them together. You will drum up your potential return by a ton. But, again, confidence is key. If one of these games goes the other way, you're looking at a losing wager.

As one last note, parlays are not limited to just two or three games. Some websites will place a maximum on the number of bets you can combine, but others won't. So if you want to, you can theoretically throw 10 predictions together, mixing and matching between spreads, moneylines and over/unders. Heck, many sportsbooks even let you cobble together cross-league and cross-sport parlays, so you can bet on college football, the NFL and the NBA all at once if you're heart desires.

One school of thought leans on a bettor's confidence in their own projected favorite. This team does not have to align with the consensus. Instead, you're merely doubling down on both the spread and the moneyline of the team you expect to win.

Let's use the Alabama (-15.5) vs. Oregon (+15.5) hypothetical from above. If you believe that Alabama will not only win, but take down Oregon by at least 16 points, you can parlay both their moneyline and spread to drum up your potential winnings. You still need both outcomes to hit for your wager to be successful, but you're also limiting the number of competitions you're investing in. That narrowed scope should allow you spend more time researching a single game and help you make better overall picks.

For the record, this rule works with the underdog as well, albeit in a slightly different fashion. If you believe Oregon is going to win, then you obviously also believe they will cover a +15.5 line. You have every incentive, then, to bet both their moneyline and spread.

Just so we're clear: This isn't something you should do willy nilly. You still need to be confident in both the spread and moneyline of the team you're funneling cash into. Just because you think Alabama will beat Oregon doesn't also mean they have to cover the 15.5-point spread set for them. So, as always, be sure you're applying this strategy only in situations you deem it most appropriate.

This approach borrows logic from the above formula, but it focuses on multiple favorites spread across two or more games.

For argument's sake, go ahead and assume Alabama enters the week as a -800 favorite. In a separate game, meanwhile, Clemson is laying a -600. Neither line is particularly enticing on its own. After all, who wants to bet $800 or $600 just to have the opportunity to make a $100 profit?

By parlaying the moneylines for both games, you're increasing your potential return. You still won't get a 1-to-1 payout, but whatever you end up receiving will be much better than the 1-to-8 or 1-to-6 you'd otherwise be earning.

The more moneylines you parlay together for this type of bet, the larger your return. If you see that USC is a -550 in another game and Florida State is a -400 in another one and you pair both with the hypothetical moneylines for Alabama and Clemson, you've essentially turned four sub-lucrative bets into one semi-lavish wager.

Subscribing to this method can be complicated in professional sports, even when trafficking in heavy favorites. College football, on the other hand, is the perfect setting in which to implement this strategy. Upsets are less common when you're talking about national superpowers facing off against big-time underdogs. Because there are more teams across the collegiate landscape, the talent is more spread out. In the pros, however, it's more consolidated, which opens game outcomes to more frequent any-given-Sunday effects.

Oh, make no mistake, upsets happen at the college football level. You're not guaranteed to hit on every four-, five- and six-moneyline parlay. But the variances typically occur when dealing with the spreads. Picking the outright winner is more straightforward, and in college football specifically, it's also much harder to mess up.

So the next time you find yourself looking at moneylines for, say, three or more odds-on favorites who verge on statistical formalities, consider mashing them together and creating a souped-up bet with a potential return that'll do more for your sportsbetting purse.

Another hypothetical scenario for you to consider: You see that Clemson, Florida State and Alabama are all massive moneyline favorites in their upcoming games. We're talking three games with -600 or higher lines.

As outlined above, you could pair all of those moneylines together since the oddsmakers are inferring these contests are foregone conclusions. That still works. But the return, as we also alluded to previously, isn't going to be smack-you-in-the-face meaningful.

Sprinkling in one underdog line—or, as we like to call it, an underdog kicker—can help change that. The trick is spotting a non-favorite you think is going to win or at least cover.

Let's use Oregon as an example. If they're laying a +400 with a +15.5 spread in the same week for their game against Boise State, you would significantly bump up the return scale for your preexisting three-team parlay that already includes Clemson, Florida State and Alabama. This way, instead of a 1-to-3 or 1-to-2 return, you're looking at something closer to 3-to-1 or even 5-to-1—and possibly higher.

Indeed, there is plenty of risk stirred into this particular approach. But that dice roll is primarily affixed to the one underdog you're investing in. The other three teams, remember, are supposed to be your foregone conclusions—your theoretical sure things.

For this particular strategy to work best, it's recommended you find three heavy favorites you're comfortable treating as locks before sussing out a worthwhile underdog. Higher-end bettors are free to expand the field of favorites or even include a second underdog. That's strictly up to you, though. On the most fundamental level, however, this approach is ready-made for a four-squad parlay—three obvious picks, and one riskier play.

Some bettors like to hedge against falling on the wrong side of a parlay. They will not only place a two-tier bet; they'll also make solo wagers on individual games to account for the possibility of one miscue ruining their ticket for the week.

If you think both Alabama and Clemson are going to cover their respective spreads, but you find that you're more confident in Alabama than Clemson, you have the option of building a two-spread parlay while placing a separate wager on the former. By doing this, you are guaranteeing that Clemson, your weakest choice, doesn't stand to ruin your investment altogether.

Granted, there's always the chance Alabama fails to cover as well, in which you would then see both of your cards go up in smoke. But that's an industry hazard. There are no unequivocal sure things in the world of sports gambling, only superior strategies and inferior ones. This is one of the better approaches, since you're safeguarding yourself against more failed outcomes than you would be by placing just a single, solitary parlay.

Not enough bettors take advantage of the ability to parlay futures and props.

Futures specifically are an interesting angle to tackle. You shouldn't be parlaying national championship winners, because there can be only one. But it makes some sense to look at combining over/under bets on win totals before the start of the season.

Perhaps the over/under on Alabama's win total is 8.5. And maybe Clemson's is 9.5. And then maybe Boise State's is 7.5. Let's also say you have what you believe to be a good hold on the potential for each of those teams. You have the ability to parlay three over/under wagers and watch your possible return skyrocket.

Remember: Most over/under wagers offer returns somewhere between +110 and -110. You'll get an occasional exception, but they're few and far between. Treated separately, those odds are whatever. Squeeze them together, though, and you are looking at a much more lucrative reward.

Parlaying props offers an identical benefit. These bets are typically one-off wagers. Think along the lines of: Will Alabama's quarterback throw for over or under 300 yards in the BCS National Championship? The returns on these gambles is again usually somewhere between +110 and -110—though, in the interest of full disclosure, certain props offer more variance.

Combining a few of these player-related props is a great way to turn a run-of-the-mill bet into a moneymaking machine. If you believe Alabama's QB will clear the over on his passing yards and that Clemson's running back will fall under his projected rushing yards, why not bet on both outcomes, together, to ensure you secure yourself a potential reward that pays out better than 2-to-1?