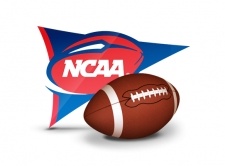 Bowl-game season is the pinnacle of college football betting. It isn't just people who have been following the sports and the teams who join in on the fun. It is bettors of all kinds, from all walks of sports gambling. College football Bowl games are basically the NCAA's Super Bowl, only it's unfolding more than once. Of course, with so many casual wagerers entering the mix, it can be difficult to properly profit off these championship tilts.

It is necessary that we start here. There are ton of Bowl games in college football—so much so that it can be overwhelming to digest.

If you are intimately familiar with the participating teams, then yes, you can of course partake in the betting process. These bowls are not nearly as popular as the more well-known ones, so you should be afforded ample time to prep your wager without seeing stark movement in the lines.

Overall, though, the schools who make these Bowl games are lesser-known programs. These matchups are borderline participation-trophy affairs in some instances. They will include a bunch of unheralded squads who you seldom, if ever watched, on National TV or never once tracked.

Chances are good that many of you bettors are journeying outside your preferred wheelhouse to begin with during Bowl season. Don't stretch yourself even thinner by buying stock in these obscure matchups. You're more likely than not going to do harm to your wallet.

This approach isn't necessarily the opposite of fading favorites, which entails placing a spread bet against a particular matchup's heavyweight. It is, however, considered its own strategy, because sportsbooks will sometimes follow it as well.

Ponder this scenario: Let's say the Alabama Crimson Tide were hoping to qualify for the college football playoffs, which includes just four teams as of 2018, but they miss out. They're no longer in the running for the BCS championship. Instead, they're playing in a smaller-time Bowl game.

Beating whoever they're facing does earn them cachet. Any semi-major Bowl Game means something on the collegiate front. But these victories won't mean as much to teams that had their sights set on something higher and greater, such as a national championship. And so, the squads enduring said letdown sometimes don't have their hearts in it as much. They aren't gearing up to throw the game, but they won't show up locked in as if they're chasing their original stakes either. They could be sloppy, disengaged or too cavalier in their game plan. Again: In their eyes, they are playing for consolation prize.

Sportsbooks—and bettors, for that matter—will often favor these contingents anyway. That holds doubly true if they're viewed as a borderline powerhouse. In these instances, you'll have an opportunity to fade their spread. It doesn't even matter if they're the underdog rather than the favorite. In fact, that turn of events should only serve as more of a red flag against their stock.

We typically encourage you to stick with the spreads in these situations, especially if the team you're fading is the favorite. It leaves the door open for more possibilities; the favorite in question you're betting against can win without costing you your bet.

For the most part, we recommend you stick with that protocol. At the same time, you do have more leeway. Underdog moneylines are more appealing under these circumstances because you're not dealing with complete afterthoughts. They have made a Bowl Game. They matter. It's more likely they catch a favorite off-guard in general, but it's even more of a possibility if said favorite is reeling from disappointment elsewhere.

Betting the moneyline isn't always smart if this hypothetical comes to pass. If underdogs are laying anything close to pick 'em odds, you're better off sticking with spread bets. But if you can capitalize on a +250 moneyline or anything more lucrative than that, it might make some sense to fade the favorite entirely. Sure, it's a risk. But it's a more calculated one than usual.

This is basically the inverse of the above strategy. What you are doing is looking for teams that have an added incentive to win the Bowl Game in which they are participating. Anything that might culminate in a little extra juice qualifies as a reason to give lines a long, hard look.

Maybe the team in question lost a Bowl Game last year and is looking to rebound. Not only that, but maybe they are facing the same opponent they fell to. Teams could also be deploying a host of key seniors. Anytime the quarterback is burning through his last year of eligibility, it's a good idea to peruse that team's odds.

Surprise Bowl Game participants are also primetime territory. They aren't necessarily overachievers, but rather they are teams that are riding late-season hot streaks into more favorable spots than projected. If the Oregon Ducks, for example, didn't initially forecast as a Fiesta Bowl candidate but then managed to play their way into it, they'll approach the game with a little extra pep in their step.

Of course, these happy-to-here or special circumstances aren't a green light for you to bet on teams by themselves. Heavy underdogs should not be trusted when working the moneylines in these cases, but you are free to peruse the spreads if you're sold on whatever driving factor might motivate them.

For our money, we adore the seniors slant. If a great team has a lot of players set to finish off their collegiate career, they are more likely to read into the stakes of whatever Bowl Game they're playing in. We call this the "Final Game Effect." After that, pay close attention to the revenge-game tactic we outlined above. This consists of any squad trying to make up for a previous Bowl Game letdown or a prior loss to a specific opponent.

Though this is a basic strategy that can apply to regular-season weekly lines, it is no less effective or important than any other approach.

Parlay bets are essentially multiple gambles strung together in a single package. They can come from the same game or separate contests. It doesn't matter. Some sportsbooks even let you parlay future and cross-sport outcomes. By doing this, you are increasing the difficulty of your wager and therefore your prospective return.

When parlaying wagers, particularly during Bowl Game season, it's recommended you tilt more toward a combination of moneylines. Spread wagers are more open-ended when presented as a single package, but they are much harder to hit on when submitted in multiples.

Moneylines, meanwhile, are easier to predict as groupings. They free you up to lean on the favorites, who have the strong-arm record in Bowl Games overall. You are obviously free to bet on these games individually, but investing in the moneyline for single-contest favorites is seldom lucrative.

Alabama, for example, could be laying a -260 for their Bowl Game or championship affair. That's not the most absurd investment in the world, and yet, having to wager $260 just to make a $100 isn't mathematically desirable.

Take that -260 and pair it with the -300 for another favorite and then the -175 for a third favorite, and the party changes. You will see a greater return on what you're risking without having to account for overly complicated scenarios.

To be absolutely sure, this approach isn't a mindless one. Wagers are always harder whenever you're meshing a few games together. And remember: You need to hit on all of your picks. If Alabama wins at -260 but your -300 or -160 pick loses, then you're entire parlay devolves into a dud and you get nothing.

Still, if you're keen on betting favorites but hate the low-end returns usually associated with that racket, then committing to cross-Bowl parlays with a focus on the moneyline is a strategy for you.

This one takes us down the road less traveled—which, frankly, is awesome.

Prop bets are an underrated tool in general. People so often mistake them as luck-centric wagers that seldom have anything to do with the outcome of the game. When they hear about Bowl Game props, they think about the result of a coin toss and lighthearted gambits of that ilk.

Make no mistake, those wager types exist. But they do not even come close to making up the prop bet field. There is so much more at your disposal.

Really, prop bets allow you to zoom in on specific games within a game. Think along the lines of these examples:

Notice how the focus here lies largely with a team's stylistic preferences. If Alabama likes to milk their running back as a ball carrier and pass catcher, you will have a feel for how many yards he might amass from scrimmage. If their quarterback has always had the unconditional green light, you will know what touchdown total makes sense for his over/under. Etc., etc., etc.

Some people shy away from these stylistic-dependent wagers when they're coming up on big games. They worry that teams will be more likely to play to their opponents' weaknesses rather than their own established strengths. Or they are concerned that a favorite, such as Alabama, will play tighter than usual once they jump out to a lead. And as many of us know, whenever teams play to protect leads, it gums up every aspect of a game from the spreads and over/under scores, to prop-bet scenarios like the ones we have laid out above.

This is a viable concern to have when betting on professional sports. College football is different. You will find that during the regular season and it will continue into the Bowl Games. Coaches are trying to win games, but they're not as conservative in their approach, in large part because they aren't trying to protect players against injuries. They only have them for a maximum of four years—or five if a player gets red-shirted. They're not coaching for their jobs as often either. If they're in a Bowl Game, chances are their seat is secure for at least the next season. NFL head coaches do not enjoy such security. Many are fired even after a playoff appearance.

At its heart, college football is also centered around player development. If Alabama leans on their quarterback during a typical offensive series, they will not deviate from that approach just because they've taken up a huge lead in a championship matchup. Indeed, they might run the ball and try to control the clock a little more often, but schools aren't as apt to go away from their usual game plans. Once more, that tactical conservatism applies more so to the NFL and other professional leagues.

What does this mean for you when betting props? Well, in a word, everything. It makes them easier, in theory, to predict. You don't need to worry about overthinking the over/under on the Alabama quarterback's touchdown total, because you know he won't be deployed any differently than he was over the course of the year. This in turn allows you to look back at his past performances that season, and break down how he fared against certain types of defenses. Those outings stand to inform his upcoming efforts in a Bowl Game.

This holds true across the board, for all positions and players and general styles. College football teams are, for the most part, going to stick with what has worked for them all year, no matter the score or opponent. Heck, many of them couldn't adjust their style and approach even if they wanted to. After all, their players are students, too. They don't have as much time to devote to their craft as professionals who are paid to make football their main focus.

So next time you are feeling uneasy about sticking to Bowl Game spreads, moneylines and over/under bets, give the prop-wagers section a look. There is a significant chance you find something you not only like, but that you can invest in to win.