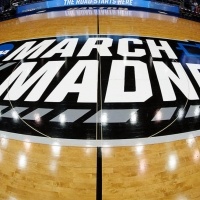 When To Favor March Madness Favorites

You should put plenty of emphasis on the seedings in the NCAA basketball tournament, right? After all, as in a major tennis tournament such as Wimbledon, a vast amount of statistical data, applied along with much research by sage and wise roundball experts, has gone into determining the positions in the tournament bracket. These folks know what they are doing, so we should pay attention and bow with appropriate respect to their vast knowledge of the college game.

Then again, to paraphrase a famous NFL saying, on any given Thursday, Friday, Saturday or Sunday, and in the case of the championship, Monday, any team can emerge victoriously. It is, after all, a one-game showdown being played by college kids, and it often devolves into a game of musical March Madness.

Certainly, top-seeded teams should be given their due when making your March Madness wagers, especially early in the tournament. Top-ranked teams like the Kansas Jay Hawks, Gonzaga Bulldogs and Baylor Bears will be tough to knock off in the regional rounds, and traditional powers such as the Duke Blue Devils, Dayton Flyers and Kentucky Wildcats tend to be tournament-hardened squads, well-schooled in the mentality required to prepare for the rigors of these wins or go home one-game contests.

The most recent odds from Bovada peg the Jay Hawks as the 6.00 choice to capture the title in this year’s March Madness, although their failure to win the Big Ten tournament may throw some shade on that status. Right behind them is Gonzaga, both at 8.00. These two teams are polar opposites in the way they get it done.

An interesting study compiled by NCAA.com displayed that if you just played all favorites in your NCAA pool, you would come out ahead of the curve. Using data based on their own NCAA Bracket Challenge, NCAA.com showed that by simply going with the favorite in all 61 tournament games, you would have bettered the status quo in six of the last seven March Madness tournaments.

A good few years ba the gap was significant. In 2013, playing only favorites would have garnered you 109 points, compared to the 69.98 average score. In 2012, an all-favorite bracket scored 117 points. The average score from that tournament was 82.99. Even last year, though it wasn’t a blowout, favorites came out ahead 79-65.66.

The message here is clear. While it’s the underdogs that create excitement that is the mayhem of March Madness, it’s still the favorites who will provide you win the steadiest payoff from the NCAA Tournament.

Early Favorites Are The Best Bet

The early odds are announced and top of the card are the Kansas Jay Hawks, Gonzaga Bulldogs, San Diego State, and Baylor Bears. The Jayhawks are an easy choice at 6.00 having just won the Big 12 title and playing the best ball in the league this year.

Nothing Sweet About This 16

There is one NCAA Tournament bet when you always play the favorite. It is a mortal lock. Play these games in a parlay and we guarantee a win. We’re talking about the opening-round one versus 16 matchups. Since the NCAA tournament went to a 64-team format for the first time in 1985, a top-seeded team has never lost a game to a 16 seed. We’ll do the math for you to save time – that’s 132-0 for the favorites. It may be March Madness, but it isn’t crazy.

Kansas aside, we see a new generation of teams forging their own path in NCAA basketball, with just four teams in total between Gonzaga, Baylor, and San Diego State. Duke comes in at fifth and is more accustomed to success at March Madness. Duke was unable to clinch the title last year but did have NBA star Zion Williamson on their roster.

Guard play for the Bears

The Bears have four powerful guards who have been doing work this season. The likes of Devonte Bandoo, Jared Butler, Davion Mitchell, and MaCio Teague have been doing damage throughout the season and will look to put up the numbers and clinch the title in 2020.

Coach K has the experience

Duke has 11 titles to their name and has been consistent in challenging for the title. Coach K has done now been with the Blue Devils for 40 seasons, his experience and understanding of the game means they’re always in with a chance.

Bill Self and the Jayhawks to make it five

Bill Self is in his 17th season with Kansas and enters March Madness as the favorite to take the title. Though they’re the favorites they seem to be slipping up early on and they may struggle when it gets down to the nitty-gritty.