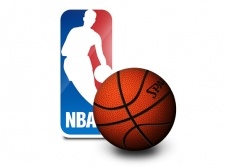 Every NBA bettor is always looking for an edge when it comes to submitting their ticket at the sportsbooks. They know they cannot win 100 percent of the time—or at least they should—but they also know there are things they can do to increase their odds of winning. Certain theories are complete bunk. Others are pretty effective. We're here to break down some of the most popular ones so you can decide which strategies, if any, work for you.

Sometimes, it's the bets you don't make that end up being the most valuable. This theory caters to that belief.

Fading big favorites entails you skipping over games or betting on underdogs in instances where the superior team is laying an enormous spread. The trick here is deciding which spread is too big. Some people will draw the line at 10 points. Others will move it to 12 or 15. You need to find your happy medium.

For our money, we like to tweak the parameters based on your endgame. If you're simply looking to avoid trap games in which the spread might be too large, then we recommend passing on any favorite that receives a 12-point edge.

So let's say the New York Knicks are laying a -13 against the Brooklyn Nets. This would be a spread that isn't worth the trouble for the Knicks, yet you wouldn't be sure enough to throw your money on the Nets. And so, with that in mind, you would simply pass on this game altogether and look for a different wager.

If you're looking to fade big favorites in the sense you want to wager on the underdog, we think it's best to wait for a minimum of a 15-point spread.

Stick with our Knicks and Nets example. The head coach for Brooklyn announces at morning shootaround two of his best players will be sitting out for whatever reason. Oddsmakers will then adjust that line to tilt even more in New York's favor. The Knicks could then be laying something like a -17. Rather than gloss over this game, you would now invest in the Nets' spread, even though they're missing some of their most important contributors.

Plenty of risk is caked into this approach. As the thinking goes, though, heavy favorites will eventually take their foot off the gas if they jump out to a huge lead. And if they don't, it's probably because the game is too close to call, in which case your support of the underdog would only make more sense.

While you could also invest in the underdog moneylines, the spreads afford you far more leeway. The return on the Nets' moneyline from our second example would no doubt be extremely lucrative, but you would need them to win. Betting on the spread allows you to come out on top even in the event of a loss.

NFL bettors place a ton of stock in home and road splits. Teams generally perform a lot better on their own turf than they do on the road.

Basketball wagers often champion a similar emphasis. They're not wrong to do so. Squads almost always have a better record at home than they do on the road.

There are some differences between the NBA and the NFL in this department, though. Because NBA teams play on the road more often (41 times), they're more acclimated to hostile territory. Home-court advantage might not be as important when looking specifically at spreads.

Certain websites will keep track of a team's record against the spread when playing at home versus when playing on the road. Use them to see whether this theory holds up. You can also keep track of the results yourself in a spreadsheet.

As an aside, we highly endorse this. It doesn't take long; it's just a matter of recording the spreads at the beginning of the day and then logging the results the next day. This way, you'll be able to quickly look up the information you're looking for while also knowing it's an accurate depiction since you have chosen the sportsbooks from which you've taken the spread lines.

All of that being said, there usually isn't as stark of a difference in records against the spread. Oh, sure, there will be some kind of a difference. But it won't be like the NFL's teams. Instead of investing all your focus in the spread results, consider using home-versus-away splits to reinforce moneylines. If you know that a team is more likely to win outright on its own court, then you can use that to your advantage when singling out underdog moneylines that pay out more than even money.

It can be tempting to lay down moneyline bets on heavy underdogs. Who wouldn't want to wager on the Nets if they're laying a +650 against the Knicks? Put in $100, and you could come out with $650 if Brooklyn emerges victorious.

But the Nets, remember, would be huge underdogs in this hypothetical for a reason. They're clearly fielding an inferior product relative to the Knicks' roster. They could just be straight up bad, or they might be dealing with a bunch of injuries. It doesn't matter. Oddsmakers are not messing around with the moneyline. The Nets have more than a zero percent chance of pulling off the upset, but they're not especially likely to get the job done.

Throwing money on slighter underdogs has a better shot at panning out. If the Nets are a +190 in their game versus the Knicks, this 1.9-to-1 payout implies they're not that much worse than the Knicks. In the event they are not dealing with injuries, playing the tail end of a back-to-back or anything like that, it might be worth rolling the dice on them completing the upset. This line is close enough that you can talk yourself into the sportsbooks sort of believing Brooklyn and New York are on even ground.

With this in mind, the line has to be drawn somewhere. As soon as a team is something less than a +250, they should be considered a long shot that's not worth looping into this theory. These strategies are often prided on using them in volume so that you can come out on top in the aggregate; investing in a gaggle of long shots is a good way to get burned.

Obviously you're free to play the occasional long shot. But you should have complete faith in their ability to win. This approach is for those who are simply trying to spot market inefficiencies and opportunities based on the lines themselves.

This theory isn't talked about nearly enough. When road teams fly into a glitzy market without having a day of rest before their game, certain bettors like to invest in both the spread and moneyline for the home team.

The premise? Some players from the visiting team will go out and explore the city upon landing, no matter how late it is. It won't be all of them. Certain teams have curfews for their players. But a few of them invariably will. And if they're out super late with shootaround and a game the next day, they could treat the fans to a suboptimal performance.

Of course, this approach really only works for certain markets. Think along the lines of the Los Angeles Clippers, Los Angeles Lakers and Miami Heat. The Nets and Knicks can be thrown into here as well, because New York begs visiting players to explore the night life. But a bulk of the NBA season takes place during the winter months. Players are less likely to be out and about in the cold weather. Warmer climates are more friendly for this approach.

So if you notice that an inbound road team is flying into Los Angeles to play the Clippers or Lakers or arriving in Miami to play the Heat without a rest day in-between, it could be worth checking out the game's spread and moneyline. Oddsmakers sometimes account for these situations in their lines, but even then, said road team may be at an appreciable disadvantage.

Count this strategy among the most effective.

Betting on heavy-favorite moneylines is typically taboo. If the Knicks are a -600 against the Nets, you don't have much to gain by investing in them. Sure, there is a better-than-average chance they win, but you need to lay down $600 just to win $100. The reward, however likely, isn't worth the risk of possibly losing.

Things change if you package together two or more heavy favorites. Let's say the Lakers are a -750 against the Clippers that same night. And let's also say the Heat are a -450 while playing host to Orlando Magic. And then let's say the Indiana Pacers are a -400 over the Philadelphia 76ers. You can parlay moneylines for Lakers, Knicks, Pacers and Heat in order to increase your possible return.

You still won't be looking at a lopsided return, but you should get close or more than even money for your initial investment. And best of all, you will have done this while betting outcomes that are considered extremely likely. To maximize your investment, consider parlaying a minimum of three heavy favorites each time you take this approach.