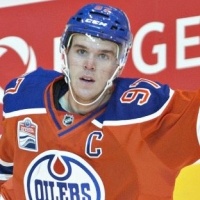 Coming from modest roots of office pools and friends meeting for a few brews and competing against each other, fantasy sports have grown into a multi-million dollar industry and have in fact been accepted as part of the mainstream by each major sport. You can’t watch a game today without getting some advice on how to play on your fantasy team or be informed of who were the top fantasy performers in that’s night’s games.

Playing in an NHL fantasy pool or league is no different than wagering on a game via an online sportsbook. You’ll need to stay of top of the action, know who’s on a hot streak and who is colder than an Ohio winter. If you’re in a league with weekly rewards, you’ll also want to keep tabs on which players are playing more games than others during a certain week.

Staying on top of NHL information is vital to the successful fantasy hockey player and there are several fantasy sites that will gather these details for you and save you the time and trouble of checking with numerous news outlets to find out the latest news on the hockey front.

Sites such as dobberhockey.com, leftwinglock.com, chirphockey.com and fantasyhockeygeek.com supply up to date info regarding starting goalies, line combination and the status of injured players and these outlets update their info immediately following game-day skates, so that you know you are getting the latest news at your fingertips.

Those who succeed as fantasy hockey players will be no different than those who are successful as sports wagering. The principles required to make each a profitable venture are very similar. You'll want to pay attention to detail, to know who is playing who and which players are carrying the hot hand, or maybe have enjoyed productive outings in the past against an upcoming opponent.

You'd also be wise to pay attention to the betting lines on upcoming games when setting your lineup, because they will offer clues as to which games could prove to be one-sided, as well as the contests that offer a higher total and therefore, figure to be high-scoring affairs with plenty of points up for grabs.

How To Play Fantasy Hockey

The objecitve of fantasy hockey is to put together the best collection of players to win a head-to-head competition with opposing players, either on a daily, weekly or monthly basis, or over the course of an entire season. Generally, teams are selected via a draft format. Some leagues allow protected lists where you are permitted keeper players from season to season.

Generally, a fantasy hockey team is comprised of nine forwards, six defensemen, one utility player, two goaltenders and a bench of five-seven players for depth purposes in the event of injury. Some fantasy leagues employ a salary cap, so knowledge of a player's earning potential is equally as essential as recognizing his potency on the power play.

You win or lose by how effectively your players accumulate totals in a variety of statistical categories. Included in this compilation would be goals, assists, points, power-play points, shots, penalty minutes, plus/minus, time on ice for forwards and defensemen, and wins, goals against average (GAA), save percentage, shots against and shutouts for goalies.

With organizations like Draft Kings and FanDuel, there are also daily fantasy hockey games which offer instant gratification, as well as the chance to start from scratch and do it all over again tomorrow.

For starters, you have to speculate ahead of time which teams are most likely to make playoff runs, because you'll want to load up on players from those teams. You don't want to be saddled with five or six players from teams that exit quickly in the first round of the Stanley Cup playoffs, or like them, your playoff hopes will be over.

Some pools operate under a format where you must take at least one player from each of the 16 playoff teams, so it's a wise fantasy player who knows ahead of time which players tend to step up their performance level in the post season.