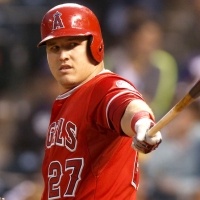 Of all the fantasy sports leagues out there, baseball requires the most time and energy considering the length of the MLB season. But don’t fret. With the right research and roster management throughout the season, you’ll find yourself near the top of your league each year. The first step is finding a fantasy sports betting site you’re comfortable with. Many will create or join every day leagues offered on sites such as Yahoo, Fantrax or ESPN. [+]

All three provide strong fantasy baseball options. However, those sites offer season-long commitments, which many bettors shy away from.

DraftKings.com and FanDuel.com — two of the leading fantasy sports betting sites — lure even tradition bettors with appealing features offered all year long. The biggest advantage both sites have is their one-day fantasy league option, giving bettors the ability to play in quick competitions with the ability to win fast money. While it sounds intriguing, this can often backfire as you’re basing your player selections on a single night of action.

If you’re playing in a traditional fantasy baseball league, it’s crucial to do your homework ahead of your draft.

While having a top five pick would be beneficial, often the computer-generated draft order will have you selecting last overall. Many will look at this as an immediate disadvantage, but in a snake draft format, it could end up working for you in the long run. As the last person to pick, a snake draft allows you to make the last and first selection of each round, giving you the ability to take back-to-back. This gives you the opportunity to address to pressing needs, especially in the early stages of the draft.

Thinking about taking a pitcher with your first selection? If you’re lucky enough, you’ll have the chance to take Los Angeles Dodgers star and Cy Young winner Clayton Kershaw in the first round. Kershaw is the best pitcher in the game when healthy. The left-hander proved that in 2014 when he recorded 21 wins en route to winning the NL Cy Young trophy.

If you want to address power early in the draft, your options are endless. Edwin Encarnacion of the Cleveland Indians is coming off a 42-home run performance and is due for another big season after inking a big free agent contract.

While taking a power hitter can help out in the home run department, often players like Encarnacion won’t give you much else in terms of other key statistical categories. It’s imperative to base your draft on taking players that can not only hit for power, but can record a high batting average, steal bases and consistently get in scoring position.

Who better than Los Angeles Angels star outfielder Mike Trout? Don’t expect the two-time American League MVP to be on the board for very long as he consistently hits 30-plus home runs, 100-plus RBIs and is an above .300 hitter.

There’s more than just drafting your team and leaving your roster untouched for the rest of the season.

Fantasy baseball requires daily activity — whether it’s setting your lineup to make sure you don’t leave a starting pitcher on the bench or sifting through the waiver wire to pick up a player that could put your team over the top.

Some fantasy sports websites even offer helpful tools such as transaction trends — which allows bettors to view the most added and dropped players on a week-by-week basis. This gives you the opportunity to add a player that may be on a hot streak.

Another important part of your pitching staff is the closer position. You should have at least three or four closers, but often those shut down pitchers lose their jobs. Use a closer depth chart as a guide to see who holds the No. 1 duties and which pitchers are moving up the ranks.