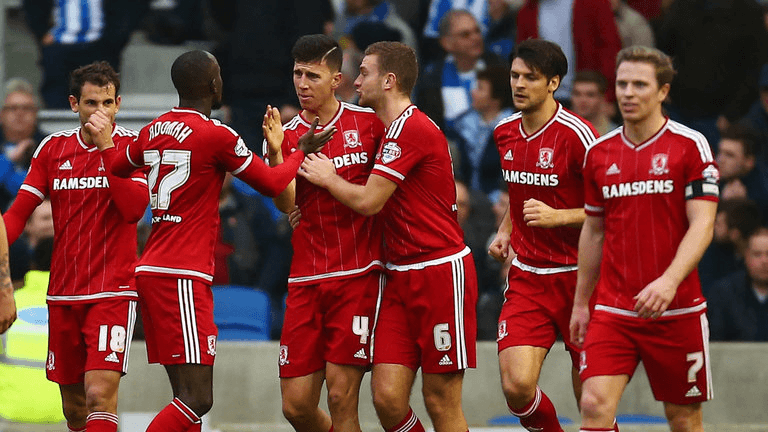 How To Bet On Middlesbrough

Middlesbrough are preparing for life in the Championship after being relegated from the Premier League in 2016-17. Under then-manager Aitor Karanka, Boro originally overcame the tribulations of rumored dressing-room unrest, inconsistency at the worst possible stage to gain promotion prior to the 2015-16 season. However, they were unable to score enough goals to keep their place in the Premier League, which eventually cost Karanka his managerial job. Can Boro fight through yet another whirlwind of adversity to gain promotion to the Premier League in 2017-18?

Find out who Middlesbrough play next while comparing the current betting lines in order to find the best possible returns on your wagers.

Use Boro's game schedule as a weapon in your arsenal. Find out where the best potential bet lie and plan your future betting strategy with that in mind.

Boro won't stay in the Championship forever but can they gain promotion to the Premier League the season after being relegated. Track their current progress below.

How To Win Middlesbrough Bets

Boro were plagued by offensive attrition during their breif time in the Premier League. They weren't able to muster the kind of offense required for a team to maintain their status in England's top division. While forming a solid defensive unit is crucial to survival, so is complementing it with offensive production.

Boro, with 27 goals for, scored the fewest in the Premier League during the 2016-17 campaign. Only 10 of those 27 goals came away from home, showing just how abject their sputtering offense was. While they had a competent enough defensive record, no team can survive with less than a goal per game production.

Enduring difficulties both home and away, it was actually the team's record in Middlesbrough that was most damaging. They won only four of 19 home matches and gained 18 points from a possible 57.

It's always difficult to gain promotion the season after being relegated but Boro have the experience and quality to achieve the improbable. The Championship is a long, grueing and physical season but it's worth putting a few dollars behind Boro as future picks to return to the top flight. Though I don't think they have the quality to win the division in the 2017-18 season.