Will The Pens Repeat As Champions?

Can the Pens be the first team to repeat in 20 years?

The Pittsburgh Penguins were part of the last back-to-back Stanley Cup performances when they and the Detroit Red Wings split Cup final battles, the Wings winning in 2008 and the Penguins in 2009. This time, the Penguins arrive to the Cup final series as defending champs, looking to become the first team to take consecutive titles since the Red Wings of 1996-97 and 1997-98.

The major sportsbooks tend to share that viewpoint. Bovada.lv lists the Penguins as -165 favorites to topple the Nashville Predators in the Cup final series. BetOnline.ag like the Pens at -170 and TopBet.eu puts Pittsburgh as the chalk like Bovada at -165.

Looking at the facts, it's hard to make an argument against this logic. The Predators are a wonderful story, an eight-seed making a run to the Cup final, but the Penguins are simply too deep, too talented and too experienced for Nashville to overcome.

You start down the middle with captain Sidney Crosby and playoff scoring leader Evgeni Malkin and you have to afford the Penguins a huge edge at center, the most dominant position on the ice. Even Matt Cullen, Pittsburgh's fourth-line center, has two Stanley Cup rings on his resume.

There's another factor that goes massively in Pittsburgh's favor - Stanley Cup experience. There are 18 players back from Pittsburgh's Cup-winning run of a year ago. Cullen is among four Penguins with two Stanley Cup rings - Crosby, Malkin and goalie Marc-Andre Fleury are the others - and forward Chris Kunitz owns a trio of them.

Not one single Predators player has won the Stanley Cup and only center Mike Fisher, hobbled by injury for the latter part of the Western Conference final, has ever played in a Cup final series.

Winning over and over again used to be commonplace in Stanley Cup action.

In fact, from the birth of the NHL in 1917 through the 1991-92 season, compete, defeat, repeat could have been the league's playoff slogan. In that span, there 10 back-to-back Cup champions, including the Penguins in 1990-91 and 1991-92. The Toronto Maple Leafs twice threepeated as champions, the New York Islanders won four in a row, and the Montreal Canadiens put together runs of four and five straight Cup triumphs.

So what happened? Well, expansion to an extent.

As the league grew to its current lot of 30 teams - it will become 31 when the Las Vegas Golden Knights come aboard in 2017-18 - just making the playoffs is challenging enough. Nearly half the teams don't even qualify for postseason play and this spring six of the 16 teams from the 2016 playoffs did not return.

The salary cap has also played a significant role. Forced into a juggling act between winning and maintaining a winning roster, few teams have proven capable of keeping their core together. This Penguins club was able to do so from season to season, and that's another reason to like them to repeat. 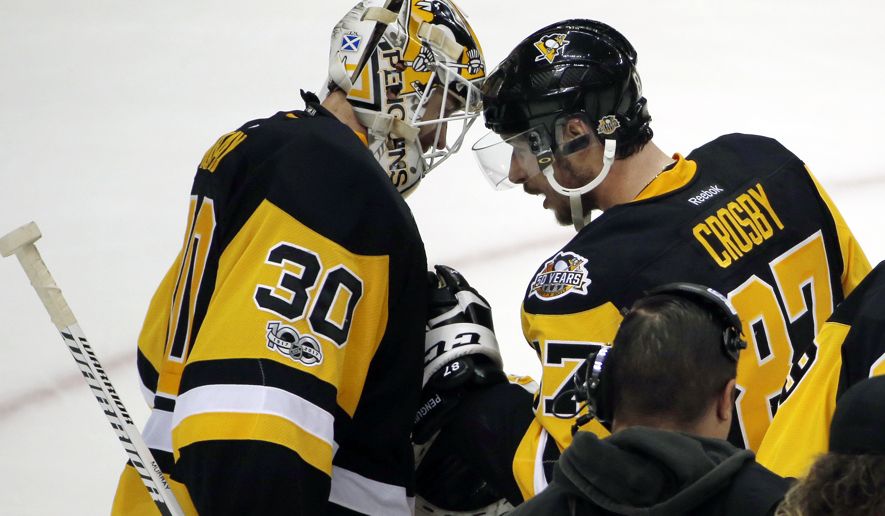 Curiously, there are many similarities between the 2016-17 Penguins and the 1997-98 Red Wings. Detroit won the Cup after several of its players performed in the Winter Olympics.

Several Pittsburgh players began the campaign competing in the World Cup Of Hockey. Detroit utilized two goalies to win its two Cups, just as the Penguins have with Matt Murray and Fleury. The Wings also faced a first-time Cup final participant in the Washington Capitals, and easily vanquished them.

The perfect storm is upon us to have a repeat Stanley Cup champion, and you don't want to miss out on the chance to cash in. So bet the Penguins.

You will be happy that your did.

Tag : Evgeni Malkin , Matt Cullen , Matt Murray , Sidney Crosby , Will The Pens Repeat As Champions : Can the Pens be the first team to repeat in 20 years?