In a few days, Jordan Spieth will try to do the unthinkable, and that’s become the youngest player ever to win the Career Grand Slam. The Texas native just turned 24.

Every year, touring professionals fine-tune their games to be at their best for golf’s four majors — the Masters in April, the U.S. Open in June, the British Open in July and the PGA Championship in August. Win just one of them and you’re remembered forever.

Win all four in a career? Well, then you become part of an exclusive, legendary club. 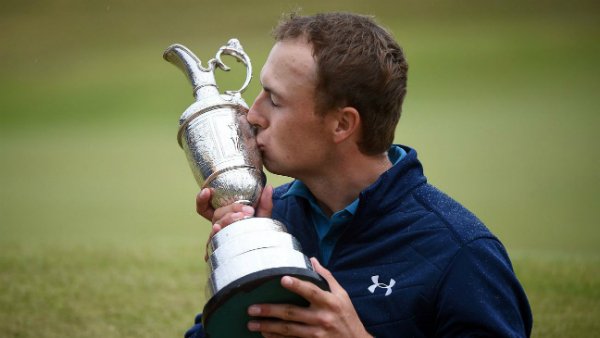 But year after year, these giants of the game came up empty at the PGA. Now the spotlight turns to Spieth, and for good reason. The second-ranked golfer in the world is chasing history.

It was only a few weeks ago that Spieth was falling apart in the final round at Royal Birkdale.

When he teed off on the 13th hole, his drive missed the fairway by almost 100 yards. The tournament lead and Claret Jug were slipping away. Most players would have collapsed. We’ve seen it in a major many times before. Spieth did what few could ever do.

He played the final five holes in five under par. Incredible. Now, the newly crowned British Open champion is preparing for Quail Hollow in Charlotte, N.C., and the PGA Championship.

From 2003-16, Quail Hollow has been home to a PGA Tour event the players often referred to as a “mini major” because of the quality of the course. The tournament took a year off to prepare for this major, and in those 12 months this gem changed drastically.

A new type of grass has been installed on the greens, thousands of trees have been removed, and five holes have been redesigned. Add to that the brutal three-hole closing stretch called the Green Mile, and players will be tested on a far different golf course than they’re used to.

However, Spieth’s game seems to suit any layout. He’s won at Augusta National (Masters), Chambers Bay (U.S. Open) and Royal Birkdale (British Open) — all very different golf courses. He always has a game plan for every major, and he seems to adapt to the surroundings quickly.

This season, Spieth leads the tour in scoring and money winnings with almost $6.8 million — two key stats of consistency. Even though he doesn’t rank as the best putter, you would be hard-pressed to find someone better when a title is on the line.

The list starts with Dustin Johnson. He’s ranked No. 1 in the world and second in money earnings. However, he hasn’t seemed right since his injury at the Masters. He missed the cut at the U.S. Open and finished in a tie for 54th at the British Open.

Next up is Hideki Matsuyama. He’s ranked third in the world and his play in majors this year has been better than Johnson. He finished 11th at the Masters, second at the U.S. Open and 14th at the British Open. His game seems to get better every year.

But the biggest threat to claim the Wanamaker Trophy this year is Rory McIlroy. Even though he just ended his nine-year relationship with caddie J.P. Fitzgerald, McIlroy has an impressive record at this site. McIlroy, currently ranked No. 4 in the world, has won two PGA Tour events at Quail Hollow, in 2010 and 2015. He’s finished in the top 10 four other times.

On paper, McIlroy is the obvious choice. But don’t fight history. This is Spieth’s time. He wins the PGA Championship and completes the career slam.