Will Kansas City Get Going Again?

The Kansas City Chiefs were the last unbeaten team left standing during the NFL regular season, but since they've fallen from the ranks of the unbeaten with a Week 6 loss to the Pittsburgh Steelers, it seems as if they can't get back up. The Chiefs have won just once in their last six games, and suddenly, their rule over the AFC West Division can no longer be taken as definite, with the hard-charging Los Angeles Chargers living up to their nickname.

Well-rested coming off their bye week, the Chiefs lost to a woeful New York Giants team, and followed that embarrassment up by dropping a home game against a Buffalo Bills squad and scoring just one touchdown on a defense that had surrendered 101 points in the previous two weeks. Kansas City gets another AFC East opponent this week in the New York Jets, and logic suggests that they should win, but are your ready to bet that this sinking ship will suddenly regain its buoyancy? 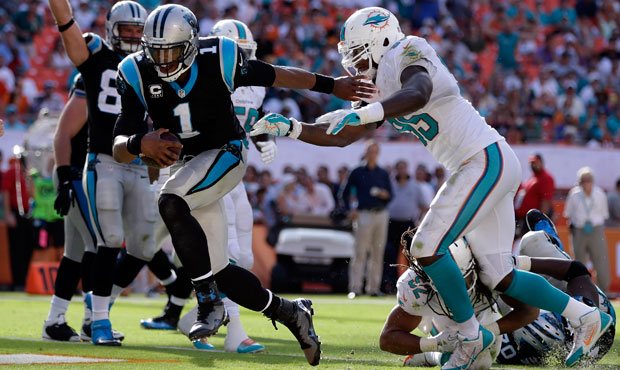 Elsewhere, the New Orleans Saints saw their eight-game unbeaten streak ended by the Los Angeles Rams, and will look to get back on the winning track in a big NFC South game against the Carolina Panthers. And the Bills, fresh of their win over the Chiefs, fly directly into the hornet's nest that is Tom Brady and the New England Patriots. Here are all the Week 13 picks straight up and against the spread. The underlined teams, with their money line odds, are the straight up picks, based on odds provided by Bovada.

Washington (-125) at Dallas (+105) - One of the NFL's greatest rivalries, this game will be all about survival, as the winner can keep their slim playoff hopes alive. The Cowboys have gone into free-fall since running back Ezekiel Elliott finally accepted his sentence and began serving his six-game NFL suspension. They are 0-3 and have lost two in a row at home. The Redskins never seem to overwhelm anyone, but always hang around and against lesser opponents, eventually find a way to get the job done.

San Francisco at Chicago (no line) - Two bad teams, but the Bears have shown glimmers that they are on the right track. They own impressive wins over the Steelers (home) and Ravens (road), played the Lions, Saints and Vikings tough and are the NFL's eighth-best rushing team (120.4 yards per game). The 49ers have also proven a tough opponent. Although 0-5 on the road, other than a 23-point loss at Philly, haven't dropped a game by more than three points. Expect Jimmy Garoppolo to make his first start at QB for San Fran.

Tampa Bay at Green Bay (no line) - The Packers figure they will have QB Aaron Rodgers (broken collarbone) back at the helm in two week's time. After this one, they play the Browns, so these are two winnable games to keep a faint glimmer of hope of staying in the hunt for postseason football. Green Bay played the Steelers close in Pittsburgh and QB Brett Hundley looked much more comfortable under center. QB Jameis Winston (shoulder) could be back for Tampa Bay, but seven other starters are questionable through injury.

Denver at Miami (no line) - Another among a plethora of games this week matching two bad teams, the Broncos, who have lost seven in a row, will be without CB Aqib Talib, suspended two games for his fight with Raiders WR Michael Crabtree, and Trevor Siemian is back at QB, Denver's third different starter in as many weeks. The Dolphins have lost five in a row, also can't find a QB and aren't favored at home against a team that hasn't won a road game all season (0-5).

Detroit at Baltimore (no line) - Now here are two 6-5 teams that are still in the playoff race, but are hard to figure out. With an opportunity to make a case as NFC North contenders, the Lions did a pratfall at home on Thanksgiving against the Vikings. But Detroit is also 4-1 on the road this season. The Ravens have posted three shutouts but also lost at home to the Bears and gave up 44 to Jacksonville. The Ravens have won three of four from the Lions, including a 2-0 mark at Baltimore.

Minnesota (+125) at Atlanta (-145) - Finally, a marquee match-up. The NFC North-leading Vikings are among the NFL's hottest teams, riding a seven-game winning streak. Atlanta has won three in succession and looked more like the defending NFC champs, but it's unlikely WR Julio Jones will get anywhere near the 253 receiving yards he recorded in last week's win over the Bucs. He's averaged 69 yards in his last two games against Minnesota, and the Vikings defense will carry the day again.

Indianapolis (+325) at Jacksonville (-450) - The Jaguars stubbed their toe last week against the Cardinals, ending their four-game win streak and adding another puzzling loss to an AFC South-leading team that's also fallen to the Jets. But there's no better salve for what ails you than the Colts. The Jags pounded the Colts 27-0 at Indy earlier this season, and the NFL's ??? wil stymie the Colts, while the No. 1 rushing attack in the league (154.3 yards per game) grinds them down.

Kansas City (-165) at New York Jets (+145) - The Chiefs' season isn't just coming apart at the seams - it is disintegrating rapidly. The confidence of QB Alex Smith appears to be shattered and rookie RB Kareem Hunt may be out of gas. He gained 17 yards on 11 carries against the Bills. K.C.'s defense allowed just 28 points the last two weeks and the Chiefs lost both games. Can a team lose to both the Giants and Jets in the same season? We're about to find out.

Houston (+250) at Tennessee (-300) - In five games as the Texans' starting QB, Tom Savage has turned the ball over a dozen times, including an astonishing seven lost fumbles. That's not a good scenario against the Titans, who have picked off nine passes and recovered six fumbles this season. When these teams last met, QB Deshaun Watson and DE J.J. Watt were healthy and Houston toched Tennessee 57-14. You think the Titans might have revenge on their minds?

New England (-450) at Buffalo (+325) - The Patriots drilled the Dolphins 35-17 last week and coach Bill Belichick was disappointed, felt his club committed too many errors. New England has won seven in a row overall and four straight on the road. The Patriots have put up 91 points in their last three wins and their much-maligned defense hasn't permitted more than 17 points in any game durng their current winning skein. In general, betting against the Patriots in December is never a wise move.

Cleveland (+700) at Los Angeles Chargers (-1200) - The winless Browns won their only game of 2016 against the Chargers, but that was in Cleveland, so don't bet on history repeating itself. The Chargers are the anti-Chiefs, sitting at 5-6 after an 0-4 start and suddenly just a game out of the lead in the AFC West. The Brown own an NFL-worst minus-17 turnover ratio, while the Chargers are a solid plus-nine, tied for the third in the league.

New York Giants at Oakland (no line) - Both the Giants and Raiders can boast that they've beaten the Broncos this season, although Oakland also lost to Denver, so perhaps keeping the bragging to a minimum wouldbe advisable. In fact, both of the Giants' wins this season have come against AFC West opponents, but they are also 0-3 versus teams from California. And they are 0-1 in the Bay Area, losing 31-21 at San Francisco to give the 49ers their ojnly victory of the season.

Carolina (+170) at New Orleans (-200) - Their eight-game winning streak halted by the Rams, the Saints face a huge divisional game at home against the Panthers, who are strong wildcard contenders. But the loss could serve as a wake up call for the Saints, whose overall game was slipping in recent weeks, even though they'd found ways to win. The Saints started their eight-game run with a 34-13 win at Carolina, and at home they should get another winning run underway.

Los Angeles Rams (-300) at Arizona (+250) - What to make of the Cardinals? Successive wins, the last one coming at the expense of the AFC South-leading Jaguars. But that was Arizona's first victory against a team with a winning record all season and the Cardinals haven't won back-to-back against winning teams since late in the 2105 season. Beating the Vikings was a huge boost for the Rams' psyche, and they've won two straight in the Arizona desert.

Philadelphia (-235) at Seattle (+195) - Normally, this would be a game where you'd think that the 9-1 Eagles could face seious jeopardy, but the Seahawks are a shell of their former selves since their secondary lost Richard Sherman and Kam Chancellor to season-ending injuries. That bodes well for Carson Wentz. While Philly's defense puts the pressure on Seattle QB Russell Wilson, Wentz will carve up the depleted Seahawks defense as the Eagles win their 10th straight and put up 30 points for the sixth week in a row.

Pittsburgh (-240) at Cincinnati (+200) - Posting 71 points last two weeks, the Steelers have rediscovered their offense, but they've also displayed a nasty habit this season of playing down to the level of their opposition, losing to the Bears and eking out three-point wins over the Browns, Colts and Packers. But Pittsburgh QB Ben Roethlisberger feasts on the the Bengals. He's 20-7 against them, with an 11-2 mark at Paul Brown Stadium.