As the playoffs loom, now is the time to stack the bank roll with a parlay. A three-team parlay has a great payout and we really love the following three bets:

The Heat (37-40) night and day depending on whether Dion Waiters is in the lineup. The shooting guard sprained his ankle a few weeks ago, and in his absence, Miami has gone 3-5 — including back-to-back home defeats.

The slump has dwindled the team's playoff hopes — they're currently half a game behind Indiana for the eighth seed. Waiters has already been ruled out for Wednesday's pivotal clash, and starting forward Luke Babbitt is also questionable.

In the same mix for the final playoff spot in the East is Charlotte (36-42). However, a loss last night to Washington put their postseason chances in jeopardy — the Pacers are ahead two full games. A loss for either team tonight, but especially the Hornets, would be jarring.

We're riding with Miami in this one. The last time they lost three in a row was on January 13 and they are playing on three days rest, whereas this will be Charlotte's third game in four days. 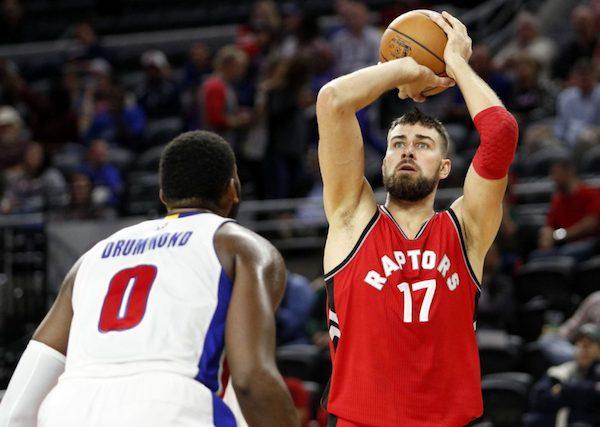 What a free fall it's been for Detroit. A team that was expected to take the next step this season has regressed in stunning fashion.

While battling for a playoff spot, Detroit (35-42) has lost nine of the past 11 games — all but knocking them out of playoff contention. The only thing the Pistons have left to play for is leaving the Palace of Auburn Hills with a bang. Wednesday's matchup will be the franchise's penultimate game in their long-time home before moving into their new downtown arena.

Toronto (47-31) needs to win here badly. They are currently tied with Washington for the conference's third seed, however, the Raptors hold the tiebreaker.

The matchup to keep an eye on here is Jonas Valanciunas and Andre Drummond. Expect a lot of banging in the paint from two of the last remaining true big men in the game.

That battle inside, combined with Toronto playing on tired legs — they lost to Indiana last night, and a miserable Pistons offense will all contribute to an under here.

It took every ounce of energy, but San Antonio outlasted Memphis last night in a 95-89 overtime thriller. It's a quick turnaround for the Western Conference's two seed, as they host Los Angeles tonight.

However, the Lakers are well rested. They last played at home on Sunday, against the Grizzlies, too. Los Angeles gutted out an impressive 108-103 victory.

We expect the Spurs to cruise against the lowly Lakers, but not enough to cover the spread. Head coach Gregg Popovich is well known for resting players and with three games looming in a four-day span to end the season, he'll play it cautious in this one.