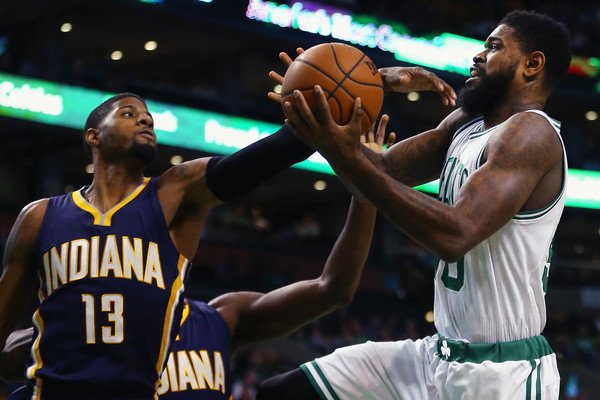 Things are starting to come together for the Minnesota Timberwolves. They have the second-best defense in the NBA over their last two games, in terms of points allowed per 100 possessions, and their offense is a threat to light it up on any given night.

The Boston Celtics are still a noticeably more talented team, though. They are tough to beat at home, and when they are at full strength, as they are now, they typically show up on the defensive end as well. Minnesota doesn't yet have the balance, or consistency, under its belt to be a favorite—especially with Boston scrapping for second place in the Eastern Conference.

The Washington Wizards are a ridiculous 16-3 at home since Christmas. Their shine from that league-best streak over the same span has kind of worn off, but they continue to play like an elite basketball team on both ends of the floor.

Though the Dallas Mavericks have also improved a great deal since the beginning of the season, it's tough to love them in this matchup. Wesley Matthews, their best perimeter defender, is a game-time decision with a calf injury, and Dallas is one of the five worst teams in the NBA in the road by net rating. Washington is still vying for the East's No. 2 seed and should have no trouble getting up for this one.

While the Memphis Grizzlies have been a mess over their last six games, the Chicago Bulls are worse.

Both squads are working off wins, and the Bulls have been streaky at home. But their defense doesn't compare to that of the Grizzlies, who are seventh in points allowed per 100 possessions.

Now, Memphis' defense has been bad on the road, which is an issue. But it's only a game-crippling problem when facing a good offense, and that's something the Bulls just don't have.

It's interesting that the Utah Jazz aren't favored by more in this one. They're missing Derrick Favors, but he's arguably a hindrance when facing a Detroit Pistons squad that likes to play Tobias Harris at power forward. Plus, the Jazz have often been at their best when they stick Joe Johnson or Gordon Hayward at the 4, surrounding Rudy Gobert with four shooters.

Utah ranks seventh or better in road offensive rating, defensive rating or net rating. That defensive standing alone should be enough for it to win this game. Detroit's offense is a mess and doesn't have the spacing necessary to win games from three.

If nothing else, the fact that the Jazz are mostly healthy should sway you. George Hill, Hayward and Gobert make for a terrific trio—one that should be able to decidedly upend the Pistons on both ends of the court.

The San Antonio Spurs will be without LaMarcus Aldridge and, perhaps, Tony Parker, but they have Kawhi Leonard back from concussion protocol. They get to face an inconsistent Portland Trail Blazers unit that was just slammed by the New Orleans Pelicans on Monday night.

If the Spurs win this thing by less than 12 points, it will be a true shock.

With the exception of their letdown against the Grizzlies on Monday night, the Milwaukee Bucks have been on fire of late. Their offense is potent enough to hang with the Los Angeles Clippers, and they have the defensive depth necessary to remain within striking distance for much of this game.

Indeed, the Clippers deserve to be favored. But the Bucks' length and athleticism have overwhelmed teams better than them before. This game should be closer than many expect.