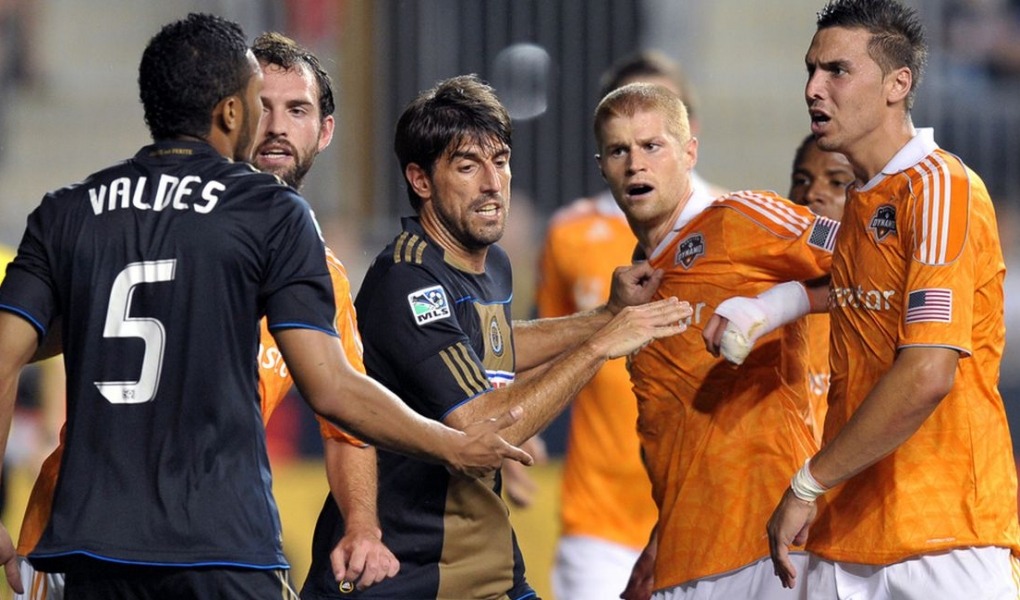 Which Team Will Win The 2018 US Open Cup Final?

The 2018 Lamar Hunt U.S. Open Cup (USOC) is the 105th edition of the fantastic compeition. Some 97 clubs from the United States Soccer Federation and Major League Soccer have been whittled down to the final two: Houston Dynamo and Philadelphia Union.

These two MLS teams lock horns at the BBVA Compass Stadium in Houston in a battle for the cup. Before you part with your cash and make a soccer bet, feast your eyes on our preview of the game including the latest US Open Cup betting odds.

Houston Dynamo go into the U.S. Open Cup final at the +105 favorites despite having never previously got to this stage of the competition before.

Dynamo had reached the semi-finals of this long-running competition on two previous occasions and lost both of those matches. When they navigated their way to the semi-final this year, it was safe to say confidence was not high.

Any fears of a third consecutive semi-final exit were dashed when they send Los Angeles Football Club home 7-6 on penalties after drawing the match 3-3. Now they are taking part in their first USOC final and are doing so as favorites.

The home side will be without defender A.J. DeLaGarza who is recovering from a torn ACL and forward Mac Steeves will also miss out due to a hip injury.

It has not been the best of regular seaons for Dynamo as they languish 10th in the Western Conference with an 8-13-8 record from 29 games; they have scored 47 goals and conceded 43 during that period.

While it is looking likely that Dynamo will miss out on the MLS Cup playoffs, they will go into this USOC final knowing that a historic victory will go some way to keeping their loyal supporters happy.

Philadelphia Union reached the U.S. Open Cup final for the third time in five season after sending Chiacgo Fire to the showers in an emphatic 3-0 victory.

In 2014, Union lost 3-1 to Seattle Sounders afetr extra time to finish as runners-up then lost to Sporting Kansas City the following year to be the bridesmaid once again.

Union supporters will be hoping it is a case of third time’s a charm as their side battle for their first-ever piece of silverware.

Unlike Dynamo, Union look like they will be part of the playoffs as they currently sit fifth in the Eastern Conference with 46 points from 30 games, 11 ahead of seventh-placed D.C. United.

Coach Jim Curtin has injury concern over four players. Matt Real and Raymon Gaddis could be missing from the Union defense while midfielders Ilsinho and Borek Dockal face fitness tests before the game. Dockal in particular would be a huge miss as he leads the MLS assists leaderboard with 15 assists this season.

Conclusion: Union Could Cause an Upset

Although the bookmakers fancy Houston Dynamo to win this game, thanks partly to home advantage and the fact Dyamo have won 75% of their points this season on home soil, Philadelphia Union are more than capable of causing an upset.

Union beat Dynamo 3-1 in Houston in the MLS regular season in July, although that was partly down to Tomas Martinez being sent off for the home side after 59 minutes.

Although form sometimes goes out of the window in these games, Dynamo have lost seven of their past 10 games, including three defeats at home.

You have to go back to July 8th when they beat Minnesota United 3-0 to find the last occasion Dynamo won at the BBVA Compass stadium.