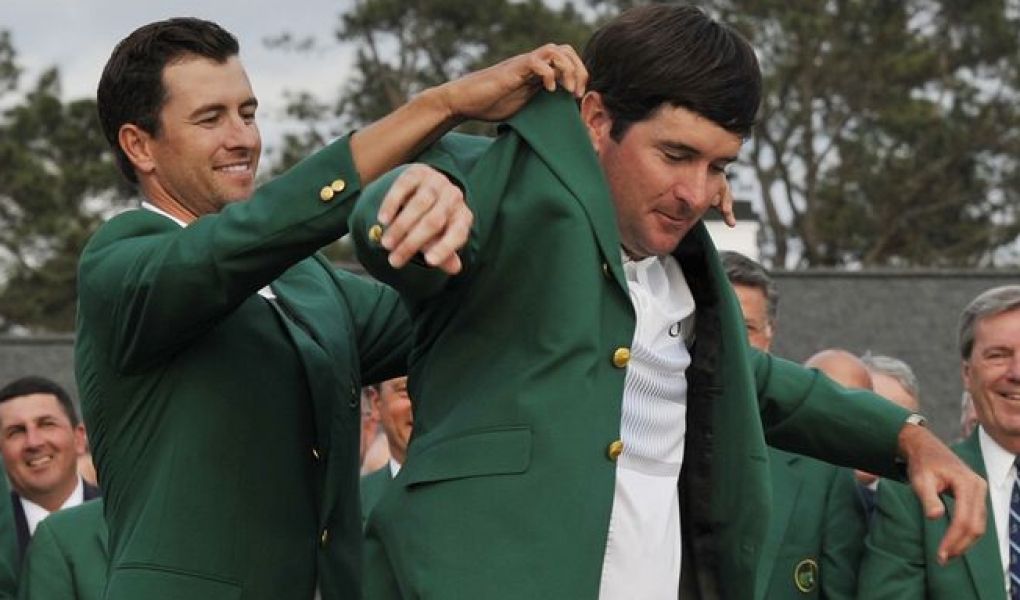 US Masters Golf 2019: In Pursuit Of The Coveted Green Jacket

An interesting development with the Masters Golf Tournament odds in recent years is that the chalk is being rubbed out in pursuit of the crown. The jacket isn’t the only think that’s been green. Recent winners of the tournament are also proving to be new at this kind of thing. And if you’ve correctly picked the winner in any of these instances, you would have been filling your jacket with plenty of green as well.

At that start of last year’s Masters, you could have got yourself +500 odds on the eventual winner, Patrick Reed, being the player who was fitted for the treasured green jacket. In 2016, as they teed it up to begin the first round of play on Thursday morning, you would have also been able to get +500 Vegas Masters Golf odds on Danny Willett, who would go on to win the tournament that year. Even Sergio Garcia, the 2017 Masters winner, opened at odds of +300.

Let’s look at this year’s Masters Golf players odds being offered by Bovada.

Will Dustin Johnson Finally Dust Off A Green Jacket?

Dustin Johnson is the world’s No. 1-ranked player. He’s won 22 PGA Tour events. He dates Paulina Gretzy, daughter of the Great One himself, Wayne Gretzky. Yes, life is good for him. But you know what hasn’t been good for Johnson? His luck at the Augusta National. Johnson, currently the second betting choice in Masters Golf 2019 odds at +1000, has never finished better than fourth in the tournament. The Masters is considered a tournament that caters to the right-to-left player and Johnson plays more of a cut.

Prior to the 2017 Masters, Johnson took a tumble down a staircase at the Augusta home he was renting, suffered a back injury and was forced to withdraw. He’s returning for another shot this year and will be residing in a different rental home, ideally a place that features one-floor living.

Rory McIlory (+750) is the chalk as far as his year’s Masters Golf Tournament odds. Like Johnson, he’s still seeking his first green jacket. McIlroy needs a Masters title to complete the career Grand Slam of golf’s four majors. He’s the only player who’s finished in the top 10 in each of the past five years at Augusta.

Speaking of consistent players, you can never overlook Justin Rose (+1200). In 13 appearances, he’s never finished lower that 39th overall at the Masters. Rose owns 11 top 25s and five top 10s at Augusta, including runner-up placings in 2015 and 2017.

Tiger Woods (+1200) has come to hold the same place in the hearts of the golfing public that for years was owned first by Arnold Palmer and later by Jack Nicklaus, that of the proud former champion that the fans hope can muster up one more charge to greatness on golf’s greatest stage. Woods can still put together solid rounds and hover within contention, but the reality is it’s been 10 years since he won a major and 14 years since he won the Masters.

Brooks Koepka (+1800) is the reigning PGA Player of the Year and he’s won three of the last six majors that he’s played. Koepka has never finished among the top 10 at the Masters, but he’s climbed the ladder every year – tied for 33rd in his 2015 debut, tied for 21st in 2016 and tied for 11th in 2017. Koepka sat out last year’s tourney with a wrist injury.

The British (And The Rest Of The Europeans) Are Coming

McIlroy and Rose head a deep field of European contenders. Two of the last three Masters winners were European – Spain’s Garcia and England’s Willett – and even Reed launched his pro career on the European Tour.

There are any number of European players who can be considered a serious threat to win at Augusta. Spain’s Jon Rahm (+1800) finished fourth last year. England’s Tommy Fleetwood (+2500) has made seven consecutive major championship cuts, and was tied for 17th at Augusta National in his second Masters start last year.

Is there a hotter golfer at the moment than Italy’s Francesco Molinari (+2200)? He’s 5-0 lifetime in Ryder Cup matches, so he’s knows how to come up big. In his past four Masters, England’s Paul Casey (+2800) has finished tied for sixth, tied for fourth, sixth and tied for 15th.

McIlroy, Casey and Molinari have all won on the PGA Tour this year and even veteran Ian Poulter (+10000) has been steady, posting four top-10 finishes.