Odds and betting lines brought to you by Bovada.

The 117th United States Open is going to be one of the longest walks in major championship history. This pristine pastureland constructed into a championship golf course measures almost 7,800 yards, but it can play longer than that depending on the weather.

The national championship will test the patience of the entire field of 156 golfers — which includes amateurs, club professionals and the best pros from around the world. Patience is paramount, players must learn to accept miscues. At the end of the each round, par 72 at Erin Hills will keep a player in contention.

It’s the first time a U.S. Open has been held in Wisconsin, but it’s the state’s fifth major championship. It's also the sixth time the event has been played on a public golf course. (Green fees are $280.)

Sergio Garcia won golf’s first major this season when he put on the green jacket at Augusta National in April. Can he make it two majors in a row? Let’s take a look at the contenders on golf’s grandest stage (odds provided by bovada.lv):

Dustin Johnson (6-1) — He’s the favorite. He’s the best golfer in the world. And he’s the defending champion. Johnson, who’s rated No. 1 in driving distance on the PGA Tour, will need all his length to be a major contender. However, his putting has been letting him down of late. He barely ranks in the top 100 this season, and that’s a concern on what promises to be some of the most treacherous greens these players will face all year.

Jordan Spieth (10-1) — The two-time major winner ranks second on the PGA Tour in putting. He will have to be at his best on these greens to have a chance. He also ranks fourth in greens in regulation and third in scoring average. His biggest downfall on this long course? He ranks 127th in driving accuracy, which could cost him many strokes if he can’t control his tee shots. Even though he’s just 23 years old, Spieth prepares for majors as well as anyone. 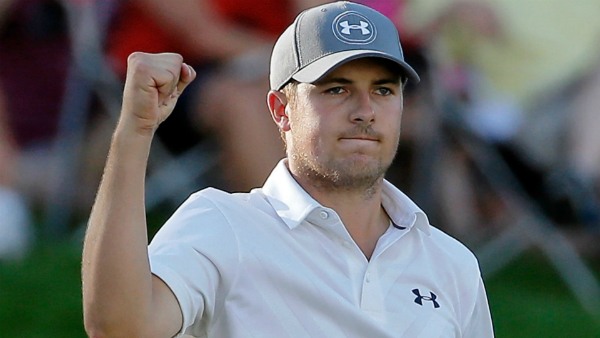 Jon Rahm (16-1) — Here is another young gun who’s quickly making a name for himself. He was the best amateur in the world for a record 60 weeks and was the low amateur at the 2016 U.S. Open. In his rookie season as a pro, the 22-year-old has not been intimidated by the big stage. He has climbed the rankings to be 10th in the world. He captured his first tour victory in January and has seven top 10s in 15 events.

Sergio Garcia (22-1) — It took the 37-year-old Spaniard 74 major tournaments to win his first — the Masters, in a playoff. He has played just three times since that victory, all without a top 10 finish. Now ranked fifth in the world golf rankings, Garcia will try to better his best finish at a U.S. Open. He finished tied for third in 2005. Known as one of the best players around the green, Garcia will need all of that skill at Erin Hills.

Henrik Stenson (25-1) — Remember the Swede’s magnificent play at Troon in the Open Championship last year? Phil Mickelson played four days of nearly perfect golf, and Stenson still won by three shots. Who saw that coming? Even though he has not been playing great golf of late, do not discount the 41-year-old longshot on this links-style course.

Prediction — Famed for being the toughest of the majors, the U.S. Open is usually set up to make level par a winning score. Narrow fairways, wicked rough and lightning fast greens will test every club in a competitor’s golf bag.

Dustin Johnson is the player to beat, no doubt about that. But if Jordan Spieth can limit his wayward drives to the right and continue his masterful putting, the young Texan has the mental game to beat the best in the world.