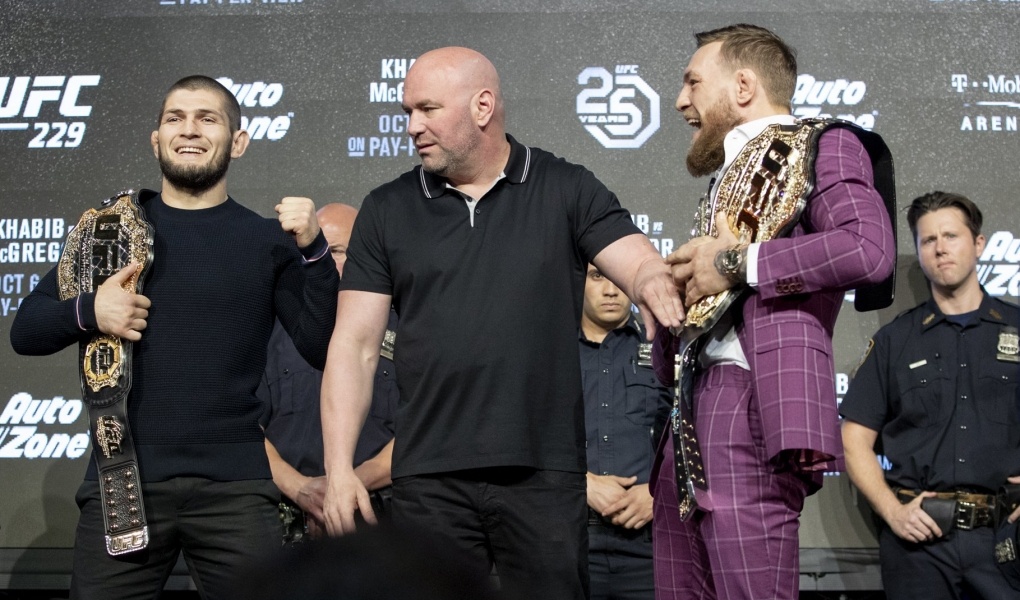 Betting Pick For McGregor vs Nurmagomedov

We’re inching closer and closer to UFC’s most-hyped fight ever on October 6. Still looking for the best UFC betting odds? Look no further than BetOnline. They provided the below lines and will be there for you to place a bet until bell time!

Aside from a one-off boxing match against Floyd Mayweather, there hasn’t been many times McGregor has been an underdog heading into a fight. Yet, that’s exactly where we’re at before UFC 229.

Not that it doesn’t make sense, though. McGregor hasn’t stepped inside the octagon in nearly two years. Coming off a 4.2 million buy rate against Mayweather, his star has never been brighter, but he’s also never been in more danger.

Nurmagomedov’s talent level is almost unparalleled in the sport’s history. He’s a perfect 26-0 and with a win on October 6, we may begin hearing talk of him being an all-time best.  His style is predicated on takedowns and ground-and-pound.

That’s a stark contrast to McGregor’s stand-up-heavy offense. The left hook has made McGregor famous as he’s won 18 of 21 matches via knockout.

There’s absolutely no way of telling which fighter will dictate the fight until bell time. However, we can guess who could weather the other’s storm more.

McGregor doesn’t get enough credit for his takedown defense. According to UFC stat keeper FightMetric, he scores 73 percent in the category for his career. However, Khabib poses an entirely different challenge.

FightMetric pegs Nurmagomedov at an eye-popping 5.44 takedowns per 15 minutes. Not that McGregor relies on takedowns, but just for comparison, he scores 0.92 in the same metric.

What about Khabib’s jaw? Is it made of glass or iron? Well, there’s no FightMetric that can accurately weigh this one. Critics have pointed out Khabib has a tendency to leave his head, but at the same time, the Russian has never truly been on the verge of being knocked out. Ever.

However, this is the UFC, and a McGregor fight at that, so you just never know when a perfectly-timed punch can connect. Just ask Jose Aldo, an undefeated fighter in his own right that succumbed to McGregor’s deadly blow (in 13 seconds no less).

Betting under here runs you -135, whereas the over is a +105. The consensus among bettors is this fight will either end early with a McGregor knockout or Khabib will wear him down decisively and win through via decision. Both endings fit the fighter’s style to a tee, but we’re not so sure.

Call us crazy, but we’re picking McGregor to go the distance and win. In case you like prop bets, that outcome would win you a pretty penny. Before we count our chickens, allow us to explain why it’s ending that way.

No one expected McGregor to last five rounds with Nate Diaz, but he did just that.

While Diaz takedown prowess isn’t at the level of Khabib’s, it’s no slouch, either. McGregor put on a clinic in the second fight against the much-larger Diaz, controlling the pace of the fight. He did the same against a great wrestler in Chad Mendes.

Khabib’s last performance against Al laquita, where he won McGregor’s vacated lightweight title, left us with more questions than answers. Why was his stand-up game so sloppy? Heck, why was the fight even upright to begin with? Khabib didn’t takedown laquita with ease, and laquita had one day to prepare for that bout.

McGregor has beat the best UFC has to offer for years and in multiple divisions. That grit will help him outlast Khabib, who is still missing a signature win on his resume. This will be an all-out war, but McGregor prevails. Barely.