Whatever you crave from your MMA action, UFC 220 should be able to provide it for you. If you are a fan of grappling, light-heavyweight champion and former U.S. national wrestling team captain Dan Cormier will offer a display of textbook ground and pound as he defends his title against No. 2 contender Volkan Oezdemir of Switzerland. But it should be a no-holds-barred slugfest in the heavyweight division, as champion Stipe Miocic defends his title against No. 1 contender Francis Ngannou of Cameroon. Let's analyze all the bouts on Saturday's card from Boston's TD Garden, with odds provided by Bovada.

Francis Ngannou (-175) vs. Stipe Miocic (+145) - Miocic is 17-2 with a 76 percent knockout ratio. Ngannouc is 11-1 with a 64 percent KO rate. So yeah, this one could be over in the blink of an eye. Nine of Miocic's KOs have come in the first round. Miocic will seek to become the first in UFC history to successfully defend the heavyweight crown more than twice, but he's in tough. The powerful Ngannou, 6-0 since joining UFC, is a rising star and holds the reach (83-80) and age (31-35) advantage. 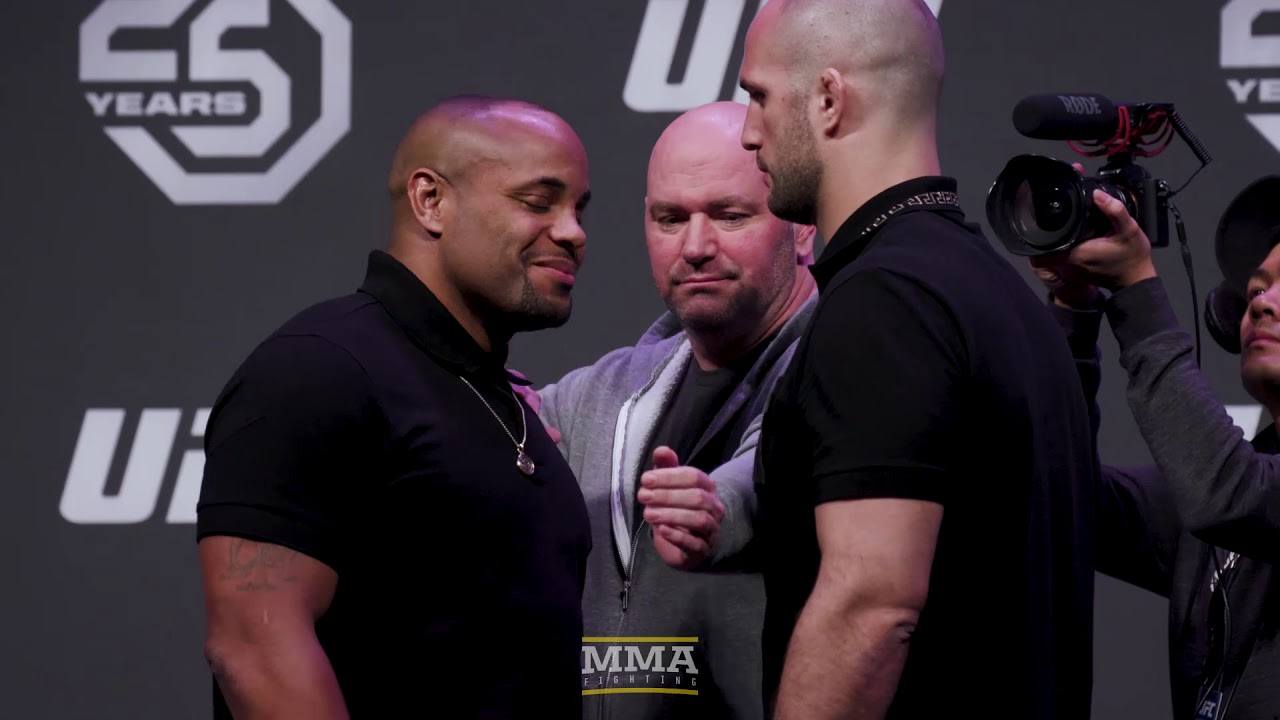 Daniel Cormier (-325) vs. Volkan Oezdemir (+250) - Cormier (19-1) gained the title by default when he lost to Jon Jones but the bout's outcome was declared no contest after Jones tested positive for a banned substance. Oezdemir (8-1) is a powerful puncher and kicker. Still, two-time Olympic wrestler Cormier, a relentless grappler, should be able to turn the bout his way by taking Oezdemir to the mat and gaining control with his strong ground game.

Shane Burgos (-175) vs. Calvin Kattar (+145) - Appropriately nicknamed "The Hurricane," featherweight Burgos is another rapidly rising star. He's 10-0 as a pro and 3-0 since joining UFC, winning every bout either by knockout, submission or unanimous decision. Kattar is 17-2 but will surrender a three-inch advantage in reach (75-72) to Burgos. He's won nine in a row and hasn't suffered a defeat in eight years, but this is only his second UFC bout.

Gian Villante (-175) vs. Francimar Barroso (+145) - Last year was unkind to Villante, who lost a split decision to Patrick Cummins and was stopped by former champ Mauricio Rua, dropping the light-heavyweight's record to 15-8. Barroso (19-5) also comes into this bout off a loss and has dropped two of his last three bouts. This fight should set up well for Villante. He's a big hitter, while Barroso is more of a counter puncher, who prefers to set a methodical pace to his fights. 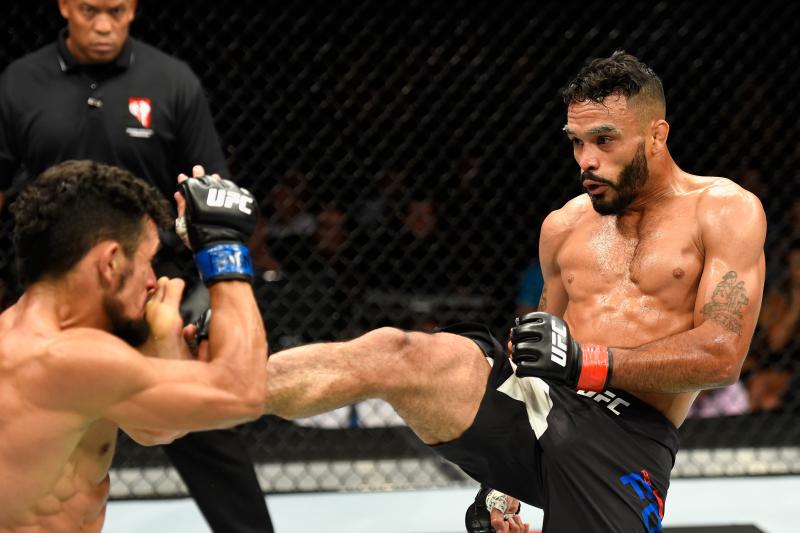 Thomas Almeida (-130) vs. Rob Font (even) - This bantamweight bout figures to be one of the closest fights on the card. Almeida (22-2) has dropped two of his last three fights and fallen from the ranks of the unbeaten. This will be the third test against a ranked fighter for Font (14-3) and so far, he's 0-2. Neither fighter takes a punch well and both are poor defenders, so that should make for plenty of action. Almeida is more experienced and the harder hitter.