How To Make Money On Hard Court Bets

This could very well be a first-round playoff preview. San Antonio (59-17) is a lock for the second seed, while Memphis (42-35) has a firm hold of the seventh seed. However, a Grizzlies win here could help them leapfrog Oklahoma City as the conference's sixth seed.

Memphis is a puzzling case study.

They've proven they can beat the conference's best teams — the Spurs, Warriors, and Rockets twice each, along with three wins over the Clippers. However, they've also fallen flat against bottom feeders, such as recent losses to the Lakers and Kings. The Grizzlies are very much a team that will play to the level of their competition.

With that said, these two scrappy teams have scrapped each other tooth and nail in three meetings this season. The Grizzlies won both times they hosted, but lost at San Antonio by seven points two weeks ago. Expect another close one on Tuesday. 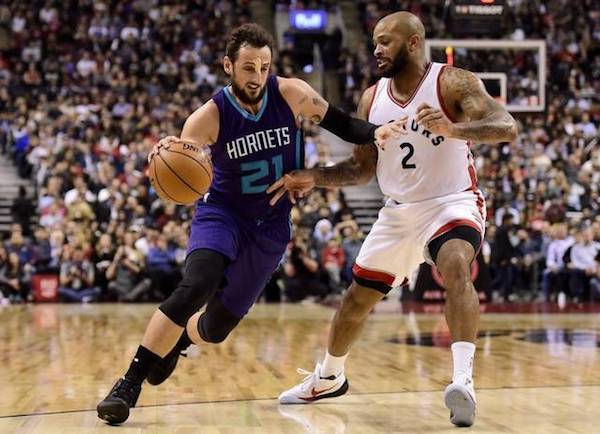 Thesen two squads hit the over the first time the played each other, then went under in the next two.

Washington (46-31) returns home after losing three in a row on the road. Their defense showed leaks during the stretch, giving up 133 points to the Clippers and 139 to the Warriors.

The Hornets (36-41) are trending in the opposite direction as they've won three in a row — including road wins against playoff-bound teams Toronto and Oklahoma City — and are just one game out of the Eastern Conference's eighth seed.

To evaluate this one, let's take a close look at the trends. Six of the Wizards' past seven games have gone over, while the Hornets have hit the over seven times in a row. These are two offenses that are clicking and still have a lot to play for before the season ends next week. Expect another over here.

An already historic season from Russell Westbrook can become all that more prestigious if he nets one more triple-double. He currently has 40 on the season and the NBA record 41 is currently held by Oscar Robertson. Westbrook can downplay it all he wants, but he's chasing history.

As hot as Westbrook is — he's riding a string of six straight triple-doubles — Oklahoma City (43-33) is in the midst of a mini slump, as they've lost back-to-back home games. The Thunder will host the surging Bucks (40-37), who have won six of eight. The stretch has shot Milwaukee up the standings, currently sitting in the fifth spot.

These two teams met once before this season, the Bucks pulleing out a 98-94 win back in January. In the grudge match, we expect Milwaukee to cover. The Bucks thrive in the underdog role, covering their last three in that role.