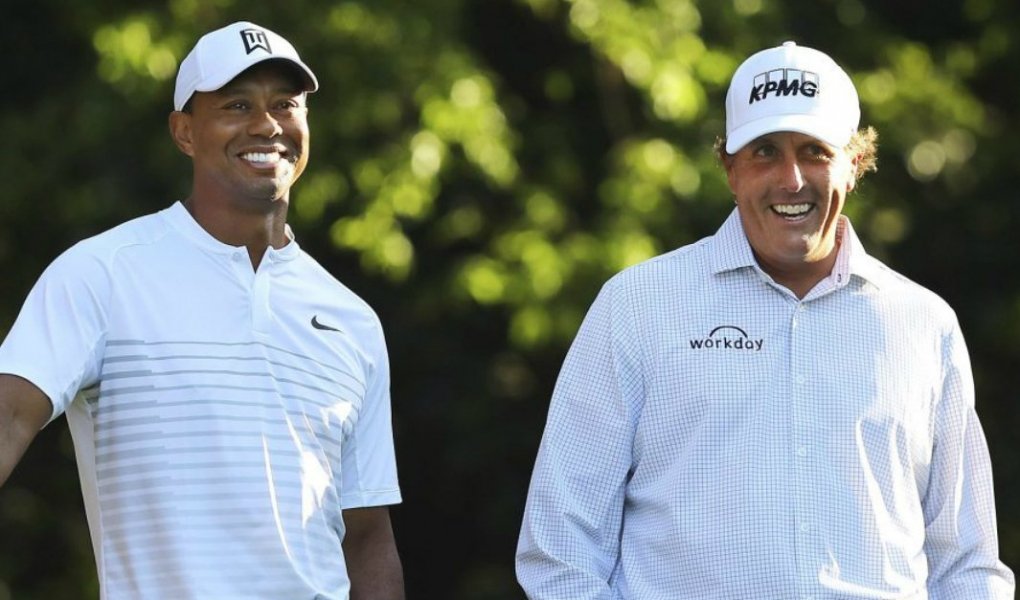 Tiger Woods vs Phil Mickelson: "The Match" Made In Golfing Heaven

Don't be the last one to know

Tiger Woods and Phil Mickelson will play their match, appropriately dubbed “The Match,” either Nov. 23 or 24 at the Shadow Creek Golf Course. The purse has not been officially confirmed, but rumor is it will be a winner-take-all sum of between $9-10 million.

So what’s that you say. Neither Tiger or Phil need the money. That’s true. They don’t. But you know who needs cash? You do. And there is going to be money to be made betting on this event.

Bovada has already established Tiger as the -160 favorite to win the match. Play Phil and you will get odds of +130. BetOnline puts Tiger down as the -170 betting choice, offering odds of +150 on Phil. But BetOnline is already going one step further putting forth a couple of early special wagers on the event.

Continue to check back with regularity at your favorite online sportsbook, because you can rest assured that many prop bets will be put on the docket as the event draws closer.

A year ago, this match between Tiger and Phil would have seemed unfathomable. Having endured four surgeries on his ailing back, Tiger allowed to those closest to him that he doubted that he’d ever play competitive golf again. But now the talk isn’t about Tiger’s back, it’s about Tiger being back, and back with a vengeance. Although he’s yet to win on the comeback trail, Tiger finished runner-up at the PGA Championship and BetOnline puts him at odds of +325 to win a major in 2019.

First, though, there’s the matter of The Match between Tiger and Phil, and make no mistake, this event is a big deal. There’s money to be made here – by them, and by you if you wager wisely.

Las Vegas is where the heavyweights come to determine the ruler of their world and in this generation of golf, no player looms larger than life like Tiger and Phil. They are the wealthiest, winningest and most decorated golfers today’s game has seen.

This is Ali-Frazier, with pitching wedges in place of punches as the weapon of choice. Bring on Michael Buffer, because Tiger and Phil are ready to rumble.