Thursday Night Football: Will Broncos Get Deep-Sixed By Colts?

When It Comes To Broncos, Colts Don't Horse Around

It's a safe bet to assume that the Denver Broncos don't enjoy watching Indy films. That's because when it comes to horseplay, the Indianapolis Colts own the Broncos - well, at least they do on their home field at Lucas Oil Stadium. Indanapolis has won six home games in a row from Denver. In fact, Peyton Manning, the last quarterback to lead the Broncos to the Super Bowl, was also the last Colts QB to lose a game in Indy to the Broncos, when the Colts fell 31-17 in 2003.

These Broncos aren't those Broncos, though. Denver's 23-0 shutout of the New York Jets last week ended an eight-game losing skid for the Broncos, but that triumph came in the rarified air of Mile High Stadium. On the road, the Broncos are sucking fumes. Denver is 0-6 away from home this season, and must win this game or Christmas Eve at Washington against the Redskins in order to avoid becoming the first Denver team to go an entire season without a road victory since the 1964 Broncos.

Can they do it? Let's break it down, based on odds provided by Bovada. 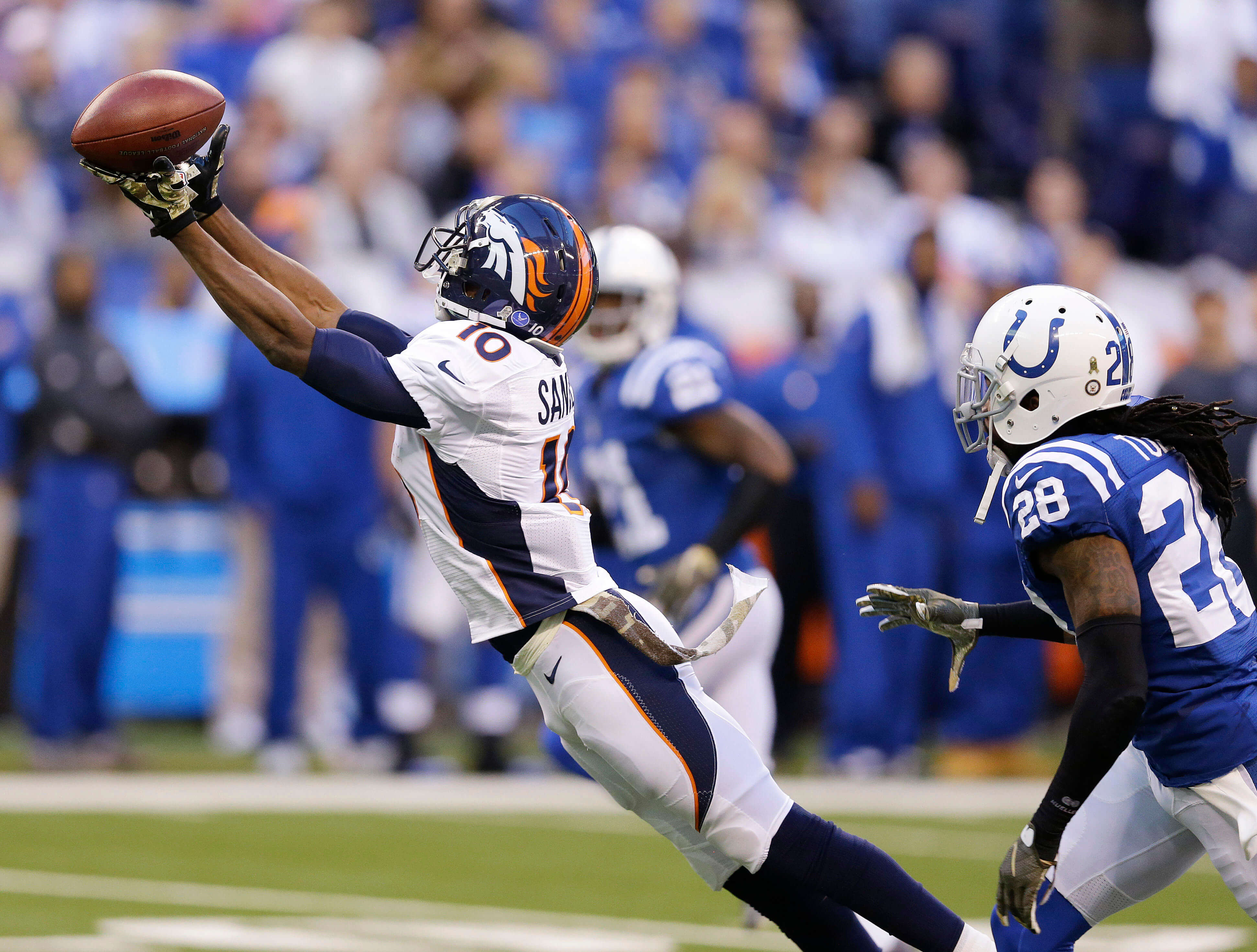 Amazingly, despite their hopelessness this season on the road, the Broncos are being made a road favorite in this game. The Colts have lost four in a row and they suit up the most inept offense in the NFL, averaging a league-low 16.3 points per game. Sunday's 13-7 overtime setback in the snow at Buffalo versus the Bills marked the fourth successive game and eighth time this season that the Colts have been held to 17 points or fewer, and they can't blame all of them on Mother Nature.

The Colts went incognito last week, their all-white uniforms barely visible from a distance in the snowstorm. While that didn't stop the Bills from beating Indy, it basically prohibited the Broncos from learning anything about the Colts via the game film, since the Indianapolis players were blending in so smoothly with the blizzard conditions.

Jacoby Brissett, handed the Colts' quarterbacking reins when a shoulder injury sidelined Andrew Luck for the season, has grown familiar with the varities of NFL turf. Brissett has been sacked an NFL-high 48 times. This might explain why deep threat T.Y. Hilton has caught just nine balls for 109 yards and one TD during their four-game losing skid. Despite the constant pressure, Brissett takes care of the ball efficiently. He's only been picked off seven times. 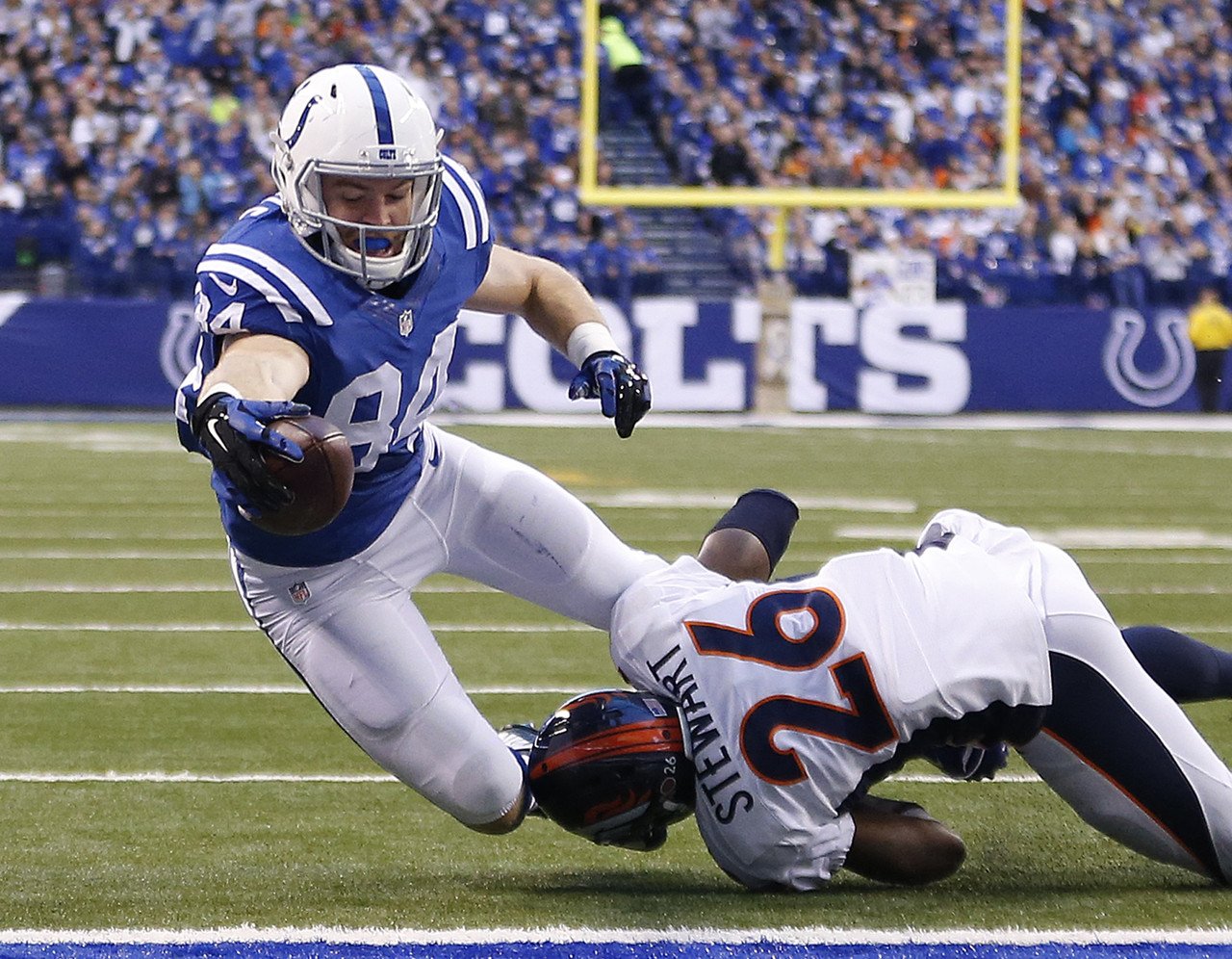 At 45, Colts kicker Adam Vinatieri has hit 22 of 25 field goals. Two of those misses came last week in the snow squalls, although he did boot a 43-yard PAT to send the game to OT. If Indy RB Frank Gore averages 79.3 yards per game over the last three games of the season, he will reach 1,000 yards rushing for the 10th time in 13 NFL seasons. But he's gone over 100 yards just once all season.

Indy ranks 30th overall in the NFL in defense (375.3 yards per game) but Broncos QB Trevor Siemian isn't exactly John Elway. If Siemian can protect the ball as effectively as he did against the Jets, then Denver has a chance. The Broncos have won 32 straight games when they win the turnover battle, the longest active streak in the league. Siemian will want to go conservative and hand off the ball. Denver is 4-0 when it uses more running plays than passing plays, and 0-9 when passing plays outnumber run calls.