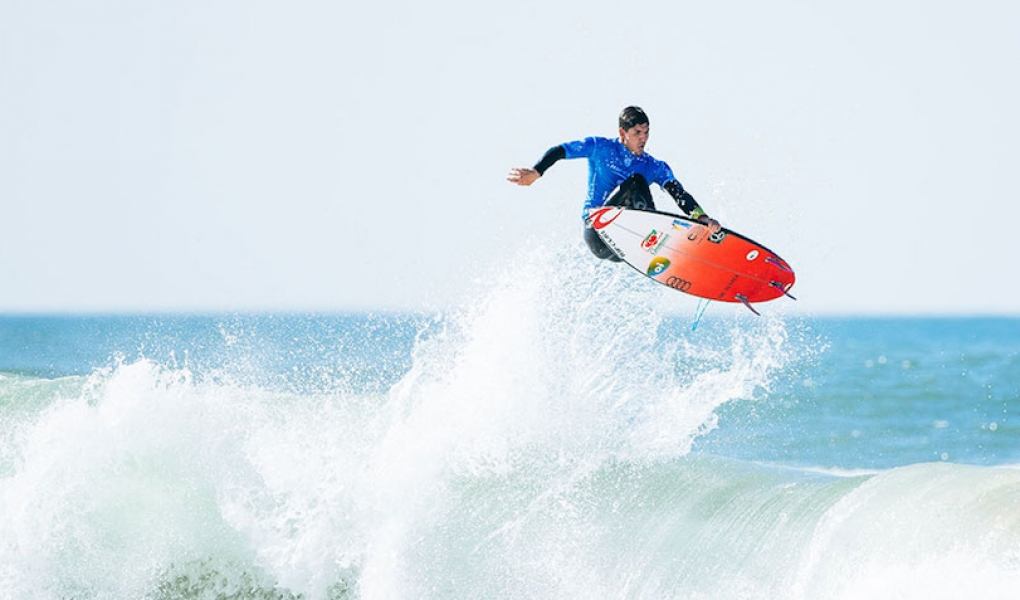 Who will win the 2018 Meo Rip Curl Pro in Portugal? It’s a complicated question. Many surfers enter with a handful of championship scenarios tilting in their favor, and with the exception of a recent run of dominance from Brazilian wave-crasher Gabriel Medina, this event is known to produce variant winners. Our analysis here should help you along your betting journey. We go through all of the following:

Please note that all odds are taken from Bet365 and are accurate as of the opening bell for Portugal’s 2018 Meo Rip Curl Pro. As this event lasts nearly two weeks, you’ll want to circle back frequently and confirm the accuracy on these lines.

Notable Odds for WSL's Portugal Round

The following is a list of the most noteworthy lines entering Portugal’s 2018 Meo Rip Curl Pro. It’s made up by a combination of the odds-on favorites, as determined by sportsbook and pundit research, as well as some other names to watch.

Filipe Toledo is one of the three surfers still in the championship hunt. Though he cannot sew up the title in Portugal, he needs to keep pace with Medina. Anything worse than a ninth-place finish overall, and he’ll be in some trouble.

Filipe Toledo
To Win the Portuguese Round Odds
-333

Kolohe Andino’s odds are dragged down by a combination of youth and overall aggression. At just 24 years old, he embraces the most difficult approaches, which makes him a boom-or-bust selection.

Owen Wright is still on the come-up after suffering a major wipeout in Hawaii during the 2015 calendar year that left him with a traumatic brain injury. It’ll be interesting to see how much juice he has in the tank for this one, as he’s been spending his off-time training with the Australian National Team in anticipation of the 2020 Tokyo Olympic Games.

Power surfers tend to love Portugal’s waters. Wade Carmichael is no different. However, keep an eye on how he fares towards the middle of the tournament. He has a reputation for slowing down in later rounds.

Vasco Ribeiro often toes the line of a favorite in other competitions. In a pool of talent this deep, though, he’s yet to truly stand out for more than a single heat at a time.

After surprising everyone by winning the Quicksilver Pro France, Julian Wilson looks to keep pace in the title hunt with both Toledo and Gabriel Medina.

Could home “sea” advantage give Miguel Blanco an edge? Maybe. But he’s known for his propensity to take risks mid-ride. It’s what simultaneously makes him such a dangerous pick and one of the most respect surfers on circuit.

Not a bad dark horse pick for the risk-inclined bettor. Wiggolly Dantas has a reputation for being an anticipatory surfer who can sense at what angles waves are going to break.

Still just a teenager, Samuel Pupo is considered the longest shot of the bunch. Analysts are worried about how he’ll fair on the days when there are tougher water conditions.

As the only surfer who has the ability to end the quest for a world title in Portugal, Gabriel Medina is in a class all his own.

Gabriel Medina has won the last two Portugal tournaments. Secure a third, and he could be looking at another championship.

Of course, he’ll need some help from the field. Medina will only win the title if he takes this event while Filipe Toledo finishes 10th or lower and Julian Wilson finished third or lower.

Don’t expect a champion to be crowned in Portugal. Toledo is too familiar with these waters to finish so low. This race will likely leak into Hawaii’s competition. Still, Medina is a good bet to win this tournament—and, eventually, the WSL title.