Super Bowl Preview: Will It Be Third-Time Lucky For Eagles?

My Team's Next MatchPhiladelphia Eagles

No matter which team arrived from the NFC to face the mighty New England Patriots in Super Bowl LII, they would have reached their destination packing the baggage of heartbreak and disappointment from Super Bowls past. While the tale of Super Bowl woe weaved by the Philadelphia Eagles doesn't compare to that of the Minnesota Vikings, the team they vanquished in the NFC Championship Game, it is not a story that brings about the delight of fairy tale endings - unless you are a fan of Grimm's fairy tales.

When it comes to the Patriots, the Eagles have been there and been done in by the Patriots in the Super Bowl. The Patriots beat the Eagles 24-21 in Super XXXIX in a game that wasn't as close as the final score would indicate. That Eagles team had played in four successive NFC title games before finally getting over the hump, and came to the big game with its two key offensive stars - quarterback Donovan McNabb (illness) and wide receiver Terrell Owens (ankle) - ailing. 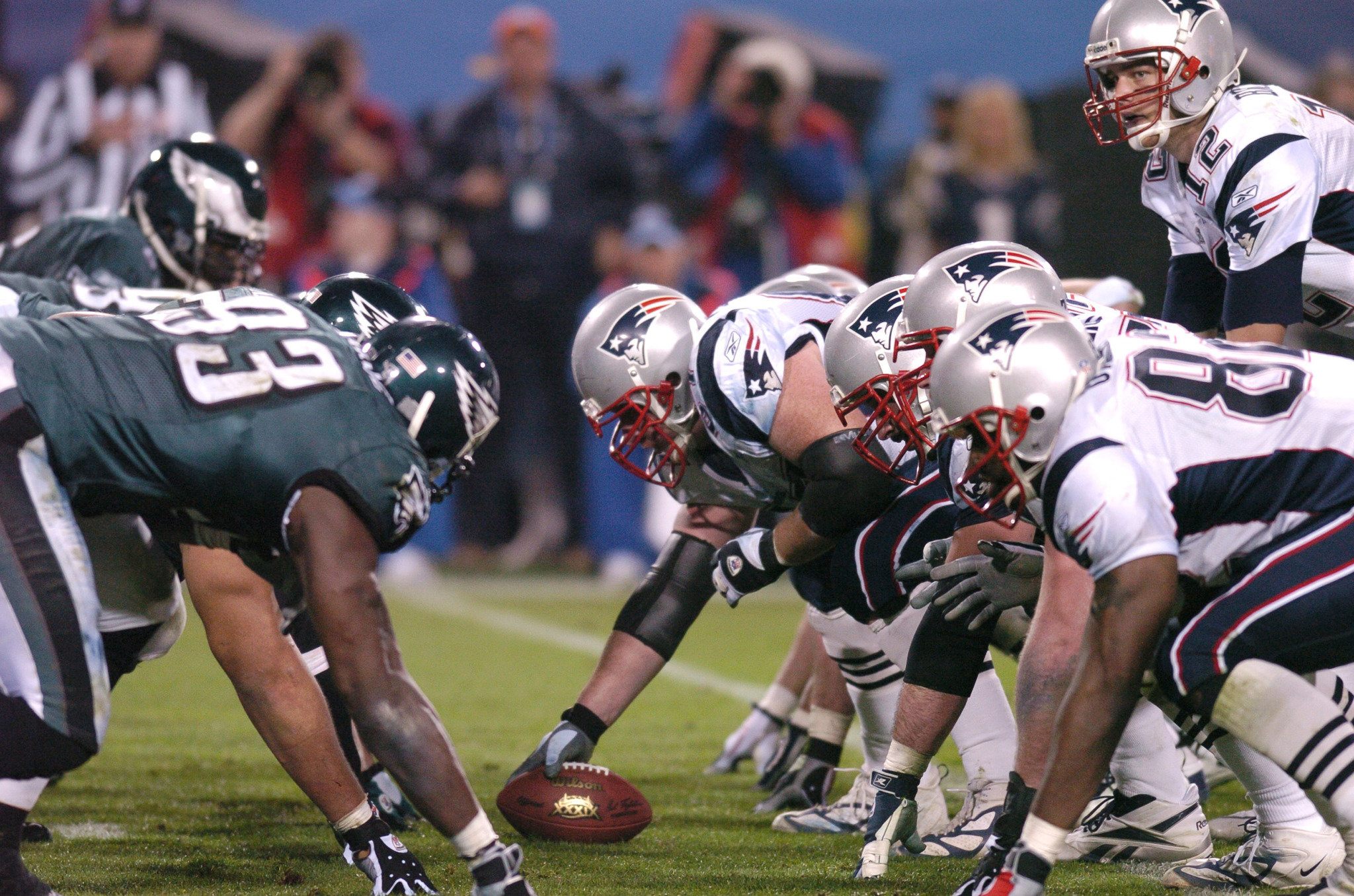 The first Super Bowl appearance for the Eagles in Super Bowl XV was equally devastating to the psyche of their rabid fan base. The Dick Vermeil-coached Eagles were the No. 1 seed in the NFC and would face the Oakland Raiders, an AFC wildcard team, in the big game. Unfortunately, Eagles quarterback Ron Jaworski came to the decision that his No. 1 target was Raiders linebacker Rod Martin. Martin intercepted a Super Bowl-record three passes in a 27-10 Raiders rout.

Facing the juggernaut that is the Patriots, and with back-up quarterback Nick Foles at the helm going up against the GOAT, Tom Brady, is there any reason to expect that the Eagles will be savoring their third Super Bowl outcome any more than their first two disappointments? The Eagles were the No. 1 seed in the NFC, and yet were listed as underdogs in both playoff games at their home stadium, Lincoln Financial Field.

They overcame the odds both times, with a stifling defensive performance in the Divisional Round against Atlanta, and an out-of-this-world effort from Foles versus the Vikings in the NFC Championship Game. Truth be told, they will need to be that sensational on both sides of the ball to hold any chance against the Patriots.

The Eagles were the No. 4 defense in the NFL during the regular season, holding teams to 306.5 yards per game. In the postseason, they are the No. 2 defense (307 YPG) and the No. 3 offense (395 YPG). Foles has a crazy good QB rating of 122.1 in postseason play, which is No. 1 in the NFL. His 77.8 completion percentage is also top in the league. Zach Ertz, Philly's unheralded version of the Patriots' Rob Gronkowski, has caught 11 passes in two playoff games to lead all tight ends.

Philadelphia's 1-2 punch at running back is also well-known to the Patriots. Jay Ajayi, fourth in NFL postseason rushing with 127 yards on the ground, is a former Miami Dolphin, while LaGarrette Blount, who has TDs in both playoff games, scored eight postseason TDs and won two Super Bowls with the Patriots. He ran for 18 TDs en route to last season's Super Bowl triumph.

Is it folly to suggest the Philadelphia Eagles, five-point underdogs with a moneyline of +165 according to Bovada, have a chance in the Super Bowl LII? Perhaps. But the chalk also suggested that this team wouldn't win a single playoff game this season, so it might be best not to jump to conclusions where the Eagles dare to fly.