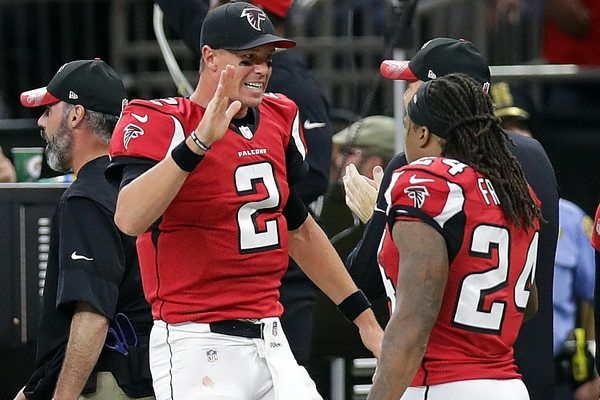 Now that Super Bowl 51 is finally upon us, we're still left asking the question we've been asking all season long: Can anyone best the New England Patriots?

And if so, is that team the Atlanta Falcons?

This game is particularly interesting from an offensive standpoint. The Falcons rank first in points scored per game by a light year, averaging 33.8 a week. That standing has held up against some pretty tough defensive tests over the past two months, including matchups with the Arizona Cardinals, Los Angeles Rams, Kansas City Chiefs and, most notably, the divisional round playoff win over the Seattle Seahawks.

But the Patriots' defense is a different animal. While they aren't brimming with household names on the less glamorous end, they deploy the NFL's best defense. On average, they limit opponents to 15.6 points per game—nearly 20 points less than the Falcons are used to scoring.

There are two ways to look at this: Either the Patriots' overwhelming defense has what it takes to stifle the Falcons' top-notch attack, or Atlanta's offense is so good it's able to transcend the stingiest fortresses, including New England's stands.

Though there exists the possibility of a middle ground, it seems like a good idea to bet on the Falcons' offense here. They have scored 33 or more points in seven of their last eight contests, during which time they're obliterating their already league-best average; this stretch has seen them tally 37.5 points per tilt.

The Patriots will make life harder on them than the Green Bay Packers did in the NFC Championship, but New England's strength lies with its rushing defense. That doesn't bode well for Atlanta's first-rate rushing attack, which is fifth in total yards and third in total touchdowns, but the Falcons' own strength is their passing scheme.

Quarterback Matt Ryan entered the MVP discussion during the regular season and never left. Star wideout Julio Jones, meanwhile, is the best receiver in football. The attention he draws either doesn't matter, or it allows Ryan to work the ball to those around him.

Not surprisingly, the Falcons rank third in total passing yards and second in touchdowns through the air—despite checking in at 26th in total attempts. And it's this latter tidbit that may be the difference.

A greater share of the Falcons' offense is dedicated to running that ball. That's what makes their passing attack so effective—this threat of the run. The Patriots are going to neutralize that ground game; it's just a fact. And that's going to make life more difficult on Ryan, Jones and the rest of the passing corps.

This won't take away from the Falcons' offensive appeal in its entirety. They should still be able to complete short passes, and Jones has no trouble making big plays in double coverage or in the middle of the field. But Atlanta averages more net yards per passing attempt (8.2) than any other offense. It's going to be damn near impossible to keep up that number if its running backs aren't deemed a legitimate threat. 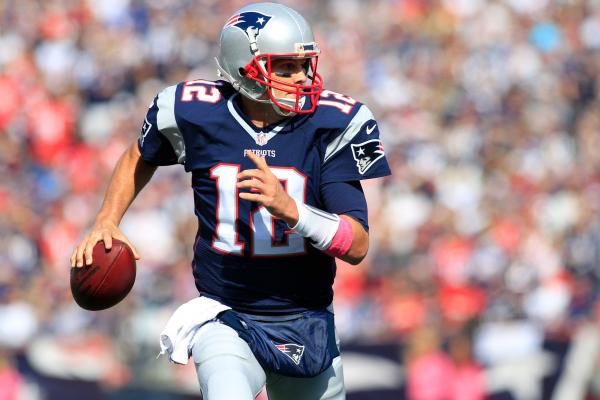 For the sake of this argument, though, let's say the Falcons keep chugging along on offense, and that this game turns into a shootout. Even then, we cannot overlook the Patriots. After all, they place third in points scored per game.

That type of balance is truly, wholly, irreversibly harrowing. The Falcons will have no problems carving up crappy secondaries and besting teams in a shootout, but the Patriots are one of the rare squads with the potential to match them point for point, drive for drive.

What New England can't match, it's defense should make up for. We don't have to give its gridiron wall the benefit of the doubt against Atlanta's ridiculously potent offense; we do, however, need to recognize that the Patriots are less likely forfeit to a 30-point outing.

Remember, the Patriots held the Pittsburgh Steelers to under 20 points in the AFC Championship. They should be able to keep the Falcons under 30.

And any time the Falcons are projected to be under 30 points, we must also project them to lose.

The Pick: New England Patriots (-3), under