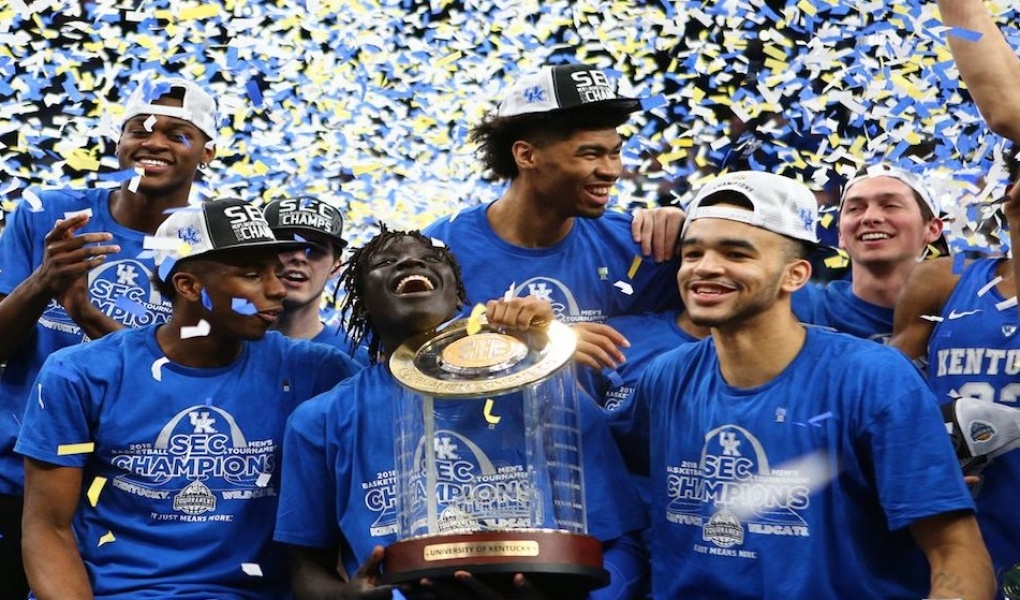 Best Strategies For Betting in The NCAA Preseason Tournaments

A lot of people ignore the opportunity to bet on preseason college basketball. Don’t be one of them. It is possible to profit off these exhibition games. We’re here to help you find out how by covering:

No gambling strategy is foolproof, particularly when it comes to preseason competitions. But if you follow these couple of tricks of the trade, you’ll find it’s easier to put a little extra cash in your pocket.

Turnover is incumbent of college basketball. The one-and-done rule with the NBA invites players to come in for a single-year layover before making a jump to the pros.

Some teams traffic almost exclusively in this revolving door. Kentucky, for example, touts its ability to help young players reach the next step. But other schools are steeped in players who have been around for two or more years. They might be NBA prospects, or they

Familiarity plays. Teams with returning players should have better chemistry. Think along the lines of the 2018 National Champion Villanova Wildcats. Their top players were there for more than a year, and they were among the most polished squad because of it.

This isn’t to say you should bet in favor of every school that fields a bunch of sophomores, juniors and seniors. But if a school that fared well last year is bringing back a bulk of its core for another run, they should absolutely be in the same boat for an upcoming preaseason.

Preseason is a time for college teams to work out the kinks. Though last season’s stats along with this year’s incoming players can give you a sense of which squads are better than others, it’s tough to pinpoint how dominant they’ll be right out of the gate.

It especially takes time for offenses to jell. Players are getting back into game shape, learning the tendencies of new teammates and even, in some cases, working under new leadership in the head coaching position.

We recommend sticking to moneyline and spread bets for this reason. Forecasting the combined total score of two teams ironing out their early-season wrinkles is much harder and not worth the roughly even-money return it promises.

The Do Nots of Preseason College Basketball Betting

Everyone is free to follow their own muses when betting on preseason college basketball, but the smartest wagerers will avoid these potential traps.

Kentucky. Duke. UNC. Michigan State. Syracuse. You’ve heard of all these schools, plus many more. That familiarity can be comforting when betting on collegiate preseasons.

And you know what? It just might work out. As we outlined above, if you find recognizable schools that have a bunch of key players returning, they deserve your attention.

But don’t just name-drop bet for the sake of incorporating big schools. Oftentimes, powershouses like Kentucky, Duke, UNC, etc. don’t take the preseason as seriously. That opens the door for you to test out some underdog lines—particularly against the spread.

College Preseason Is Not The NBA Preseason

So many bettors fall into the trap of avoiding preseason college basketball because they think it’s just like the NBA, where teams barely run out their best players and allocate most of the minutes to youngsters and fringe-roster cases.

This can be true in college, too. Coaches won’t always roll out their returning juniors and seniors. They’ll look to get a feel for freshman, sophomores, juniors and even potential walk-ons.

In college, though, the talent pool is more diluted. Incoming freshmen are more likely to make an immediate impact than a first-year NBA player. College athletes aren’t saddled with playing at a professional level right away. The gap between new players and established sophomores, juniors and seniors isn’t always that huge.

The point? Preseason college games are a lot like the regular season. Coaches are trying to win tournaments. They are fielding their best players, because oftentimes those guys are the first-year players who need the more extended run.

So aside from acknowledging the topsy-turvy nature of over/under betting in an exhibition environment, you shouldn’t be looking for reasons to go against the grain at the sportsbooks. Approach every game as you another a regular-season contest.