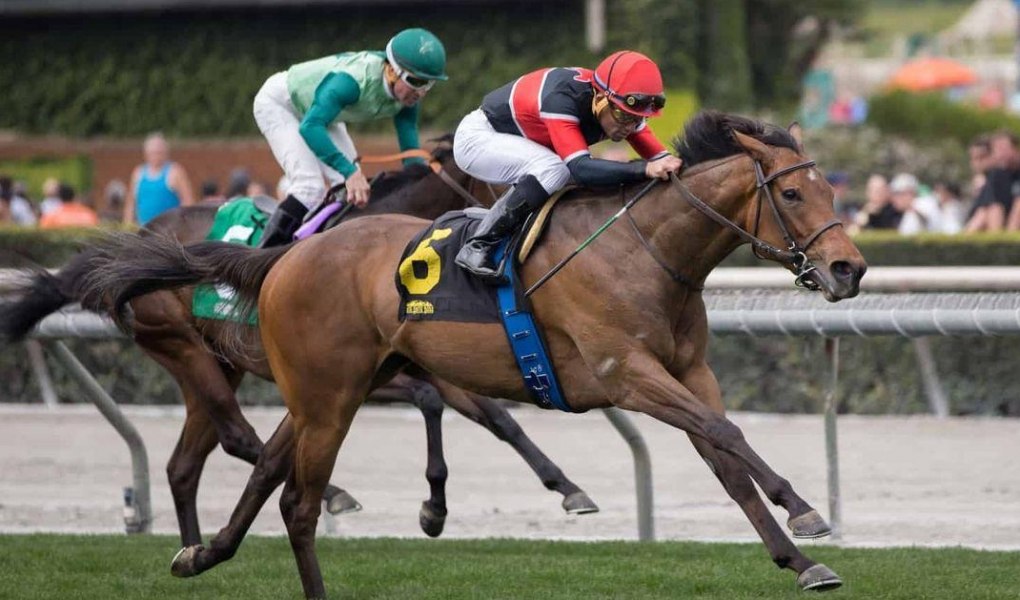 Racing for a purse of a cool $1 million, the 2018 Shadwell has drawn a big field of 14 starters, with two others on the Also Eligibles list to take the place of any scratches.

In a race that includes entries from the US, the UK and Ireland, Ontario-bred Heart To Heart has been given the nod as the morning line favorite at odds of 7-2. A veteran seven-year-old runner with 37 starts and 15 wins to his name, he’ll be making his third start in the Shadwell, having run second last year.

More significantly last spring he won the (G1) Makers 46 Mile on the Keeneland turf course, and followed that up with a runner-up finish in the (G1) Shoemaker Mile at Santa Anita.

He broke poorly and was a lacklustre sixth last out in the (G1) Fourstardave Handicap, but now he’s back on one of his favorite tracks and must be given serious consideration for the top spot.

It won’t be easy for Heart To Heart, however, in a tough field where six of the 14 entries are listed in single-digit odds in the morning line.

That includes trainer Chad Brown’s Analyze It, co-second ML choice at 9-2. A four-year-old colt with only six career starts, Analyze It has won three of those races, and finished second in the other three with the last five all at the graded-stakes level.

It is interesting to note that Analyze It has run second in his last three starts and in every case he held the lead late into the stretch run – with all of those races longer than one mile.

If consistancy counts for anything, Synchrony (8-1 ML odds) has it, running in the top three in nine straight races, and 14 of 16 lifetime. He has two consecutive wins coming into this one, but both of those were in Grade 3-level stakes and he has to prove he can handle the step up  in class.

Divisadero Will Be A Big Price

Looking for a big price to round out the bottom of the betting ticket, Divisidero is at 15-1 in the ML odds and is a sensible choice on trifecta and superfecta bets.

While he doesn’t win a lot, he does often run third or fourth against tough competition, including last year in the 2017 Shadwell Turf.

As mentioned earlier, the Shadwell Turf Mile often produces a top contender for the Breeders’ Cup Mile, and you can bet both of these races with an online racebook account at one of these sites.