Round Of Betting Tips 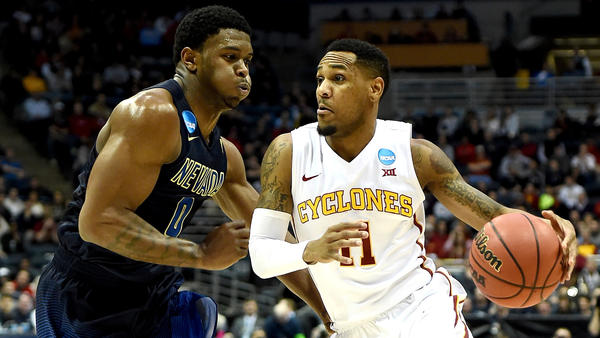 This is a Midwest miracle. Two teams from the region colliding in the Midwest bracket with a likely date against midwest counterpart Kansas in the Sweet 16. The game is a virtual coin toss to most, but here's why it's not.

The difference in this battle will be size. The Cyclones lack it, but the Boilermakers sure don't. Purdue is led by 6-foot-9 and 250-pounder Caleb Swanigan. Here's a sure-fire NBA player with unbelievable quickness. The attention he draws inside the paint usually leads to a free man in the perimeter for a wide-open shot.

Stopping Swanigan will be a tall order for Iowa State, who has struggled against bigs all-season long. In the opening round, Nevada's lone forward Cam Oliver — who is smaller than Swanigan — toasted the Cyclones to the tune of 22 points, seven bounds, and four blocks. Iowa State was also shredded by Baylor big man Jonathan Motley in two games, as he totaled 40 points and 23 rebounds in the contests.

In a wire-to-wire battle and with buckets dropping in a flurry, Purdue's size will propel them to the next round.

The first round came and went with very little upsets, except for Middle Tennessee rolling through Minnesota by nine points. The Blue Raiders will look to continue their cinderella story against Butler, who shellacked their opening foe by 12 points. Middle Tennessee has already racked up 31 wins this season — third most in the country. But they haven't faced a team like the Bulldogs. Not even close.

Butler is a complete team. They can defend with the best of them, just ask Villanova who totaled 124 points in two losses to the Bulldogs this year. And they average 76 points per game on the other end.

The spread wll ultimately be decided by three-point shooting. Butler is hot and cold from beyond the arc. They shot a measly 36 percent on three-pointers during the regular season, but were 42 percent in the first round. If the shots are going in, they should roll here. If not, Middle Tennessee will scare them. In the end, we expect the shots to sink and the Bulldogs to keep dancing.

The best game of the first round may have come courtesy of Michigan. Using a hot-shooting night, the Wolverines edged Oklahoma State 92-91 — the highest-scoring battle of the round — to set up this matchup. Michigan made a school-record 16 three-pointers in a NCAA tourney game to pull out the win. The victory was the Wolverines' sixth in a row.

Let's be real, Michigan likely can't repeat that shooting performance, especially against this Louisville defense. During the regular season, the Cardinals had the 18th best three-point shooting defense, holding opponents to a pedestrian 30.9 percent shooting from deep. The Wolverines live and die by the three-point shot and this matchup doesn't favor them.

Moreover, Louisville is a much deeper team. Whereas Michigan mostly relies on a six-man rotation, the Cardinals have eight players that consistently log minutes. That depth will be too much to overcome for the Wolverines.

It's been an amazing run for Michigan after their scary airplane incident. But the fairy tale will come to an end against a motivated Louisville team desperate to avenge their self-imposted postseason ban from a year ago.