How to make money on your NBA bets 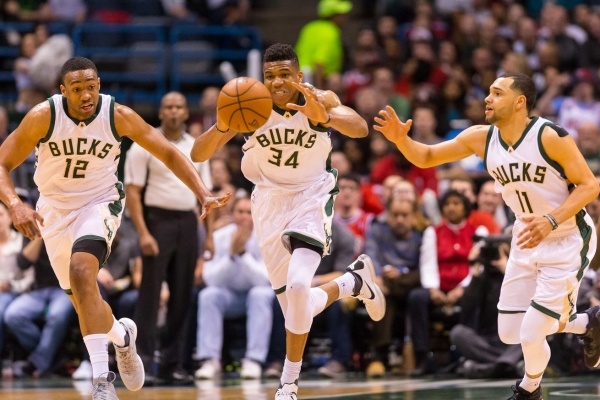 Though the Milwaukee Bucks are working on a four-game losing streak—which included an embarrassing Friday night loss to the Orlando Magic—the Miami Heat continue to be ravaged by injuries.

Lineups that don't include both Goran Dragic and Hassan Whiteside are typically a mess, and Miami's defense, despite hovering around competent levels, isn't built to cutoff the Bucks' dribble penetration.

Milwaukee's defense, on the flip side, is perfectly structured to stop the Heat's pick-and-roll attack. Miami's lack of shooters allows the Bucks to pack the paint, and they have the length to recover on closeouts in the event the Heat's dearth of shooters decides to go off from downtown.

This is a huge game for both the San Antonio Spurs and Cleveland Cavaliers. It ultimately acts as a measuring stick on either end.

How close are the Cavaliers to beating the Golden State Warriors? And are the Spurs really the second-best team in the league, as their record indicates, or does that honor belong to the Cavaliers?

The Spurs will be without Pau Gasol indefinitely as he recovers from a broken hand, but they have the depth to transcend his absence. Statistically speaking, according to NBA.com, they've actually been a more efficient team when he's off the floor.

The Cavaliers, of course, are near-juggernauts at home. But the Spurs have long been LeBron James' biggest Achilles heel. Their defense is sensational, and they do just as good of a job, if not a better one, of controlling the game's pace.

Even if the Cavaliers sneak out a victory here, this has the makings of a classic grudge match. Expect the difference to be two points or less in favor of the Cavaliers, or bank on an upset coming from the Spurs.

While the New York Knicks have often played like a real NBA team at home, they have done nothing over the last six weeks to suggest they deserve to be 5.5-point favorites against anyone—let alone when facing a Phoenix Suns team that has come up with huge performances against opponents such as the Cleveland Cavaliers, Golden State Warriors and San Antonio Spurs.

The Knicks' defense is beyond laughable and will inevitably make the Suns' inefficient offense look like a legitimate titan. And the absence of a high-end playmaker—because, let's face it, Derrick Rose doesn't count—really curtails the potential of their offense.

This isn't to say the Knicks won't win. They might. But we should expect this game to be as close as possible, if only because New York is in a tailspin and seemingly ill-equipped to pull out of it.

We would typically be concerned that the Houston Rockets are playing the tail end of a back-to-back one night after suffering a beating at the hands of the Golden State Warriors.

But we know head coach Mike D'Antoni has no intention of resting his best players, and the decided loss inherently drove down the minutes logged by Houston's starters—meaning they should be fresher than normal.

Plus, the Memphis Grizzlies are playing the tail end of a back-to-back as well. And as we've seen before, quicker and more explosive teams pose a bad matchup for their play-within-our-limits style of basketball. 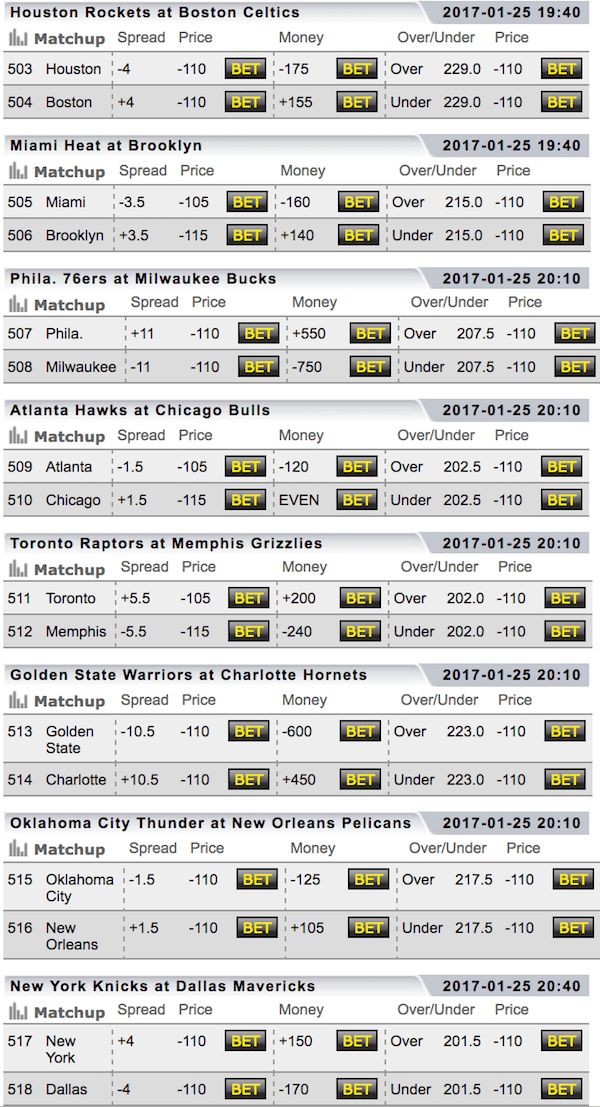 Yes, a good chunck of this pick is due to the fact neither Chris Paul nor Blake Griffin will be suiting up for the Clippers. But the Nuggets' offense has been terrorizing opposing defenses since Nikola Jokic was permanently moved to the starting lineup. There's a chance that they would have been favored at home anyway—a small chance, but a genuine possibility all the same.

And if we could expect this current version of the Nuggets to at the very least hang with the full-strength version of the Clippers, we can certainly bet on them taking down a Los Angeles outfit that's missing its two best players.