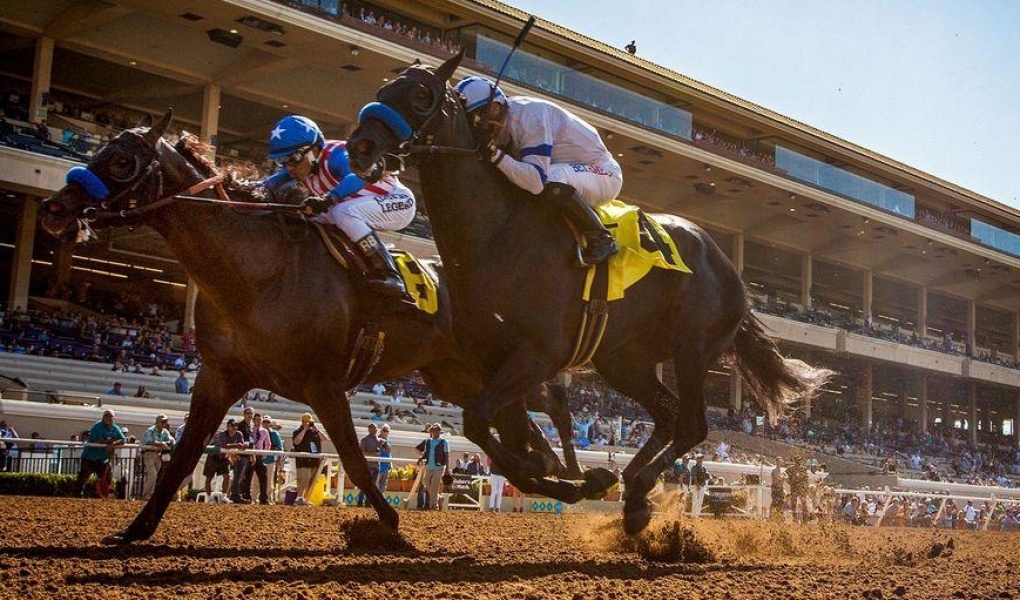 The Breeders’ Cup Juvenile was only the fifth of 34 Derby qualifying races to be run in the United States from now to next April, so there is a lot of time and a lot of races to be run before the full Derby contender picture starts to take shape.

Having said that, with the win the Bob Baffert-trained Game Winner picked up 20 qualifying points to go with the 10 he grabbed for winning the American Pharoah Stakes in late September. Considering the fact Instilled Regard secured the #20 spot in qualifying last year with 29 points, Game Winner is already sitting on the cusp of qualification and even one more win and 10 more points all-but-gaurantee he’ll make the 2019 Derby field.

His next race will likely be the Sham Stakes at Santa Anita on January 5. A win there would run his career record to a perfect five-for-five and given how solid he has looked in all four of his victories, there’s no reason to think he wouldn’t be the top favorite coming out of the Sham.

At that point, with a spot in the Derby locked up, it’s very likely his future bet odds would fall sharply from the +800 being offered by Bovada’s racebook as of November 7.

Outside of Game Winner, there are a few other two-year-olds in the mix that offer high value early in the qualifying season.

Juvenile runner-up Knicks Go was the unheralded longest shot on the board when he won the Breeders’ Futurity two starts back to get into the Breeders’ Cup. If that seemed like a fluke, he backed it up in the Juvenile, where he pressed the pace from the outset and still outlasted everyone in the field but the winner, after going off at +4000 odds.

Knicks Go is starting to prove his doubters wrong, and if you think he will continue to improve, he can be bet today for the 2019 Derby at +2000.

One that looked like he might provide a challenge for Game Winner in the Breeders’ Cup was Code Of Honor, who followed up a win in his first lifetime start by running second in the (G1) Champagne Stakes despite taking a bad stumble at the gate and starting the race dead last in a field of 10.

He missed the BC when he spiked a fever the day before the race, and right now sits at +2500 in the futures. He’ll likely get a chance to put his Derby aspirations back on track in the (G2) Remsen Stakes at Aqueduct Race Track on December 1.

As 2018 winds down, there are a four upcoming points races to keep an eye on before the calendar turns over to 2019. In addition to the previously mentioned Remsen, November 24 will see the running of the Kentucky Jockey Club Stakes, a race that last year produced Bravazo, the only colt other than Justify to run in all three 2018 Triple Crown races, and who most recently ran third in the Breeders’ Cup Classic.

In addition, the Los Alamitos Futurity will go on December 8, and all of these races award Derby points on a 10-4-2-1 scale.

On January 1, all two-year-old juvenile horses in North America begin their three-year-old racing season, and New Year’s Day also brings the running of the Jerome Stakes from Aqueduct.

As Derby qualifying continues you can handicap the emerging field and get great value on future bets with an account at Bovada’s racebook.