The Rachel Alexandra Stakes, named after the superstar filly who won the Kentucky Oaks and Preakness Stakes in 2009 on her way to Horse of the Year honors, is a stepping stone on the road to the Kentucky Oaks. The race has drawn a competitive field of seven three-year-old fillies. They will compete on Saturday, February 25, at Fair Grounds Race Course in the Grade 2, mile and a sixteenth contest.

Valadorna, the runner-up in the 2016 Breeders’ Cup Juvenile Fillies (G1), has been installed as the morning line favorite at odds of 2-1. A bay daughter of Curlin bred and owned by Stonestreet Stables, she has won two of her four starts for trainer Mark Casse and will be trying to break through and earn her first stakes victory.

She made her sophomore debut a winning one against allowance company at Fair Grounds in an easy half-length victory as the overwhelming favorite. Since that return effort, she has been training steadily and will have regular rider Julien Leparoux in the irons.

The second choice at morning line odds of 5-2 is Farrell for trainer Wayne Catalano.

A homebred daughter of Malibu Moon for Coffeepot Stables, she is out of the mare Rebridled Dreams who was third in this race in 2003 when it was still known as the Silverbulletday Stakes (G2).

This filly has won three of her five starts and was a graded stakes winner at two at Churchill Downs. She won her seasonal debut against stakes company at Fair Grounds and has had a recent, very sharp workout in preparation for this race. Channing Hill will be aboard. 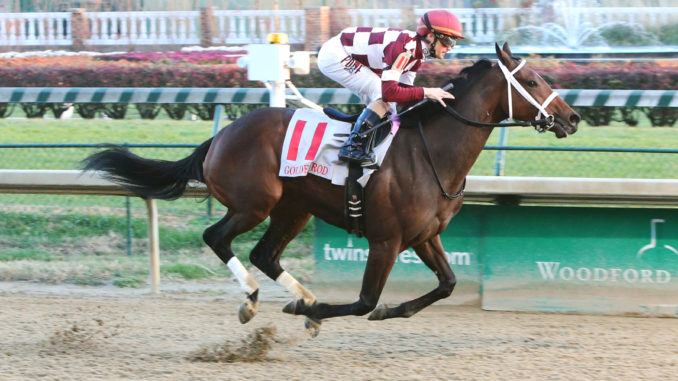 Also in the field at odds of 9-2 is Untapped for trainer Steve Asmussen. The chestnut filly, bred and owned by Winchell Thoroughbreds, is a full sister to Eclipse Award winner Untapable who won this race in 2014 on her way to winning the Kentucky Oaks (G1) and Breeders’ Cup Distaff (G1) that year.

This filly has won two of her four starts and will be trying to make a step forward after a fifth-place finish against a similar field in the Silverbulletday Stakes last time out. Florent Geroux will remain aboard.

Another interesting contender is Shane’s Girlfriend, the West Coast invader for the Doug O’Neill barn. This daughter of Adios Charlie has won two of her three starts including the Delta Princess Stakes (G3) as a juvenile.

She made her three-year-old debut in the Santa Ynez Stakes (G2), and while she was no match for the highly-regarded Unique Bella, she was a competitive third as the favorite. The barn’s first call rider, Mario Gutierrez, will be aboard.

Here is the field for the 2017 edition of the Rachel Alexandra Stakes along with morning line odds.