Back These NBA Teams 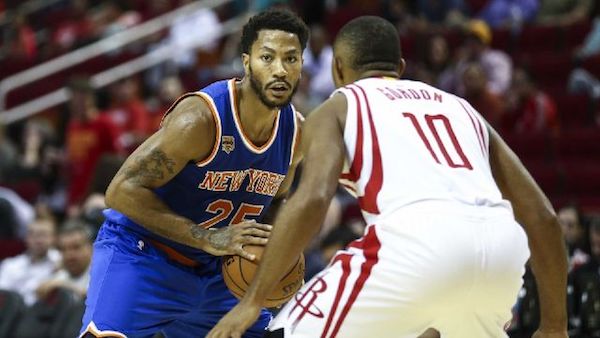 Make no mistake about it, all eyes will be on Derrick Rose and Joakim Noah making their much-anticipated return to Chicago to face their former franchise. Gone are the two's heydays of making All-Star trips. Injuries have slowed both down, but that doesn't mean their not dangerous.

Despite missing most of the preseason dealing with messy sexual assault allegations, Rose has remained in sync with the rest of the lineup and is averaging 16 points this season. Noah is still the all-hustle player and is good for 7 rebounds and five assists a game.

The Bulls (3-1) dropped their first game of the season 107-100 to Boston on Wednesday. The defeat came despite the Celtics playing without big-money acquisition Al Horford.

The 100-point total was Chicago's lowest of the year. Working in their favor, the Knicks aren't known for their defensive prowess by any stretch of the imagination. Opponents are averaging a whopping 110 points a game versus New York.

The Knicks (1-3) have struggled mightily thus far. However, expect them to rally around Rose and Noah in their Chicago homecoming to cover the spread. 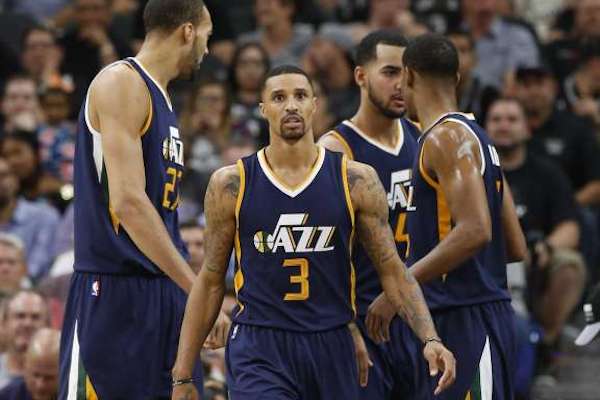 San Antonio lost one game at home all of last season. Thanks to Utah, they've already reached that number this season. In perhaps the biggest upset of the year, the Jazz ventured south and routed the Spurs 106-91 on Tuesday.

Utah (3-2) seemingly couldn't miss from beyond the arc as they hit 15 three pointers. Former Spur George Hill spurned his former team, netting 22 points. The outing was the latest in a career resurgence from Hill, who is averaging 21 points in his first season with the team. He has never averaged more than 16 points per contest prior to season's start.

Revenge will be on San Antonio's (4-1) mind come Monday. Besides the hiccup, the offense has rolled. The Spurs are averaging a hair under 109 points in their four wins.

The 186.5-point total is tricky in this one. While both teams are no strangers to lockdown defense, they did combine for 197 points just a few days ago. We're riding that trend and picking the over. 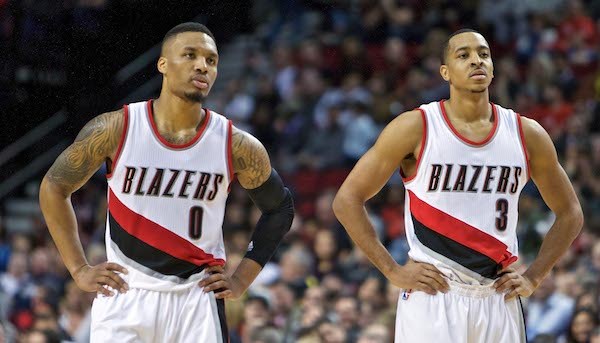 Aside from the Splash Brothers in Golden State, is there a better backcourt duo in the NBA than Portland's C.J. McCollum and Damian Lillard? The one-two punch is doing everything in their power to keep the Blazers (2-3) above water. Through five games, Lillard is averaging 32 points per game, while McCollum is at 20 points.

The two's outburst hasn't been nearly enough for Portland. Giving up 115 points per game — which ranks worst in the league — has been the team's undoing. Thus far, their best performance was "holding" Utah to 104 points. Yikes.

On the other end of the spectrum, this is the matchup Dallas has been itching for. At 0-4, the Maverick's biggest bugaboo has been scoring buckets. They're averaging 98 points during the season and are one of seven teams averaging under the century mark.

The lone player Dallas is getting offense from on a consistent basis is newly-added Harrison Barnes. The former Warrior leads the team with 18.5 points per contest and is hitting 49 percent from the field.

Opposites will meet in Dallas on Friday. While the Blazers can't stop anyone, the Mavericks' lack of offense won't be able to take advantage as Portland pulls of a close victory.

Sacramento (2-4) enters its fourth contest on their five-game East Coast road trip. Thus far, the trip hasn't treated the Kings well. They've lost all three in close fashion and have another tough one on Saturday.

The Bucks (3-2) have won back-to-back games behind huge offensive performances. First, they trounced the Pelicans for 117 points, then upped it to 125 points against the Pacers.

Giannis Antetokounmpo is giving PA announcers nightmares on a daily basis with his all-around dominance. The 21-year-old sensation is averaging a gaudy stat line of 23 points, 9 rebounds, and five assists per game.

We'll keep our advice in this matchup simple: Milwaukee has yet to lose at home, while the Kings are winless on their road trip. Betting is about following the trends and the Bucks will this one out.