Predators In An Unfamiliar Position

Predators Staring Adversity In The Face

You don't win the the Stanley Cup without overcoming obstacles, but to this juncture, there's been little in the way of roadblocks forming in the path of the Nashville Predators. Following their 5-3 Game 1 loss to the Pittsburgh Penguins in the Stanley Cup final, for the first time Nashville finds itself trailing in a series. While being down 1-0 might not seem insurmountable, Stanley Cup final history shows that the Predators would be wise to pull even in Game 2. Can they? We look at all the angles via odds provided by BetOnline.ag: 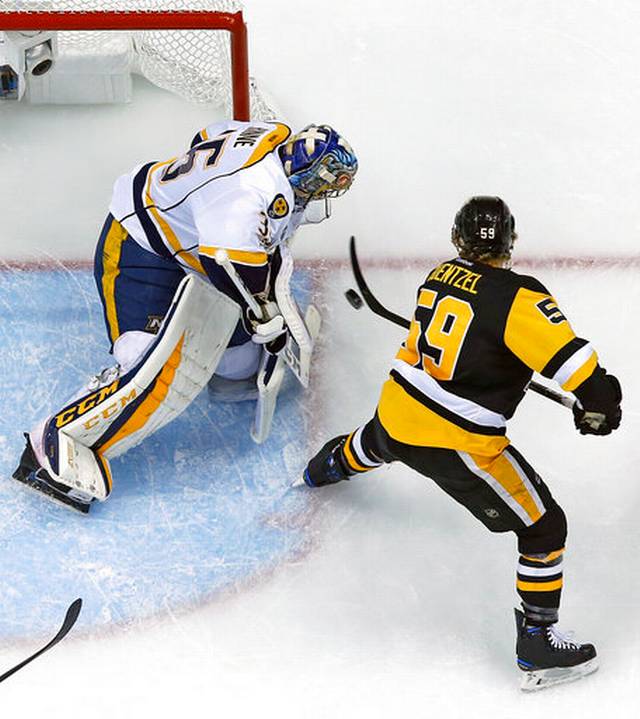 The Predators outshot the Penguins 26-12 in Game 1. They held Pittsburgh without a shot on goal the entire second period, a Stanley Cup final first, and for an overall span of 37 minutes. Nashville won the special teams battle, outscoring Pittsburgh 2-1 on the power play. Ryan Ellis scored his fifth goal of the playoffs, to grab a share of the lead for defensemen, and Colton Sissons garnered his 11th point, one more than his total for 58 regular-season games.

Well, for starters, ask any hockey coach to name their favorite style of goaltender and the answer will unanimously be the style that stops the puck. Nashville's Pekka Rinne was not that style of goalie in Game 1, beaten four times on 11 shots for a horrendous .636 save percentage. Rinne allowed three goals in the first round of the playoffs, 11 in the second round and 14 in the conference final. In Nashville's last two games, eight goals have gone into the Predators' net. They can't afford to keep playing that game and expect to prevail.

Can they stop the Penguins from scoring? Pittsburgh displayed in Game 1 that it doesn't need many opportunities to capitalize. And the goals come from everywhere. Evgeni Malkin scored, Sidney Crosby had two assists, Nick Bonino tallied twice and rookie Jake Guentzel potted the game winner, his 10th goal and fourth winner.

The latter tied a Stanley Cup rookie record and Guentzel, with 17 points, is one shy of the playoff mark for an American-born rookie and four away from equalizing the overall playoff mark for first-year players.

How Long Will It Take? 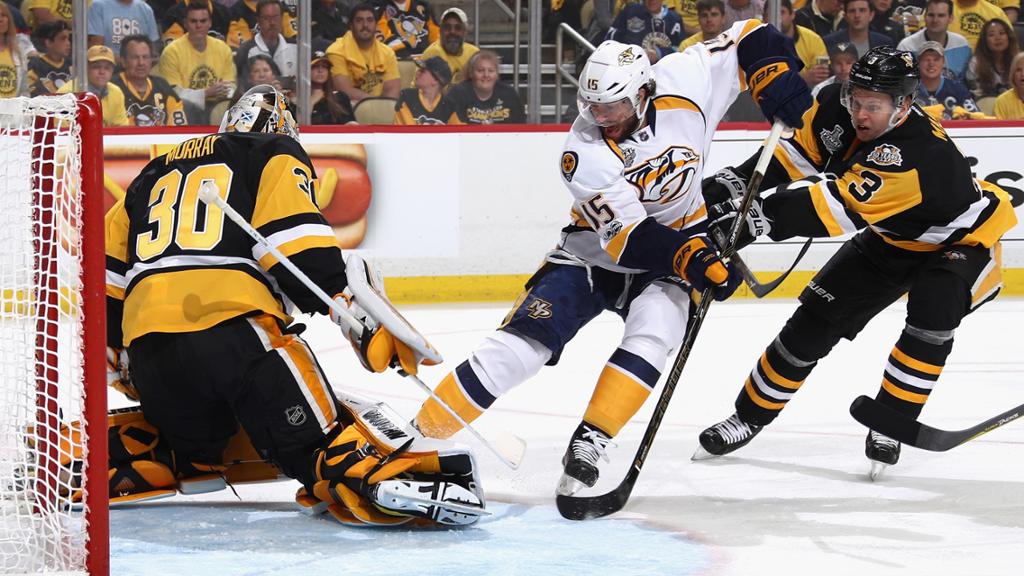 Based on one game of this set, do you have a sense of what the future holds for the Stanley Cup final? If so, why not play one of BetOnline's total games prop bets?

If you think the series will take more than five games to produce a winner, play the over at -500. If you like the Penguins in a sweep, you'll get odds of +400.