Pens On Brink Of Doing Double

The stars came out to shine for the Pittsburgh Penguins in Game 5 of the Stanley Cup final. The Nashville Predators had no answers for Evgeni Malkin (1-1-2), Sidney Crosby (0-3-3) and Phil Kessel (1-2-3), the top three scorers in the playoffs. If they don't find some soon, this series will be over. Let's look at Game 6, via odds courtesy of Bovada.lv: 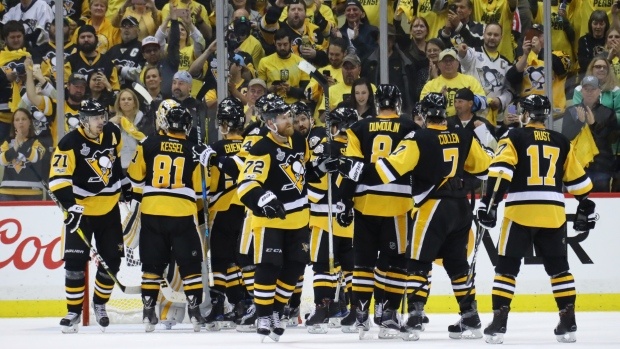 The Predators looked like a team in over their heads for the first time in the final series in Game 5, as they were completely manhandled by the Penguins. Justin Schultz's goal 1:31 into the opening period stood up as the game winner, and Predators goalie Pekka Rinne found himself chased to the bench for the second time in as many games in Pittsburgh.

The Penguins' stars overwhelmed the Preds. Malkin posted his playoff-leading 27th and 28th points, reaching the 10-goal plateau for the third time in 10 career postseasons (also 2009: 14 and 2008: 10). Only two other Penguins players have as many playoff years with 10 or more goals: Mario Lemieux (4x) and Jaromir Jagr (3x).

Crosby recorded his 56th career multi-point postseason game, tied for fourth in NHL history with Paul Coffey and Glenn Anderson. Crosby (4-16—20 in 24 games) also surpassed Lemieux (10-9—19 in nine games) for the most career points by a Penguins player in the Stanley Cup Final. Kessel added his fifth career three-point playoff game, four of which have come in the last two years with Pittsburgh.

The best thing that the Predators have going for them is that they are going home, where Rinne has shone and Nashville is 9-1 in the playoffs and 2-0 in the final series, outscoring the Penguins 9-2. 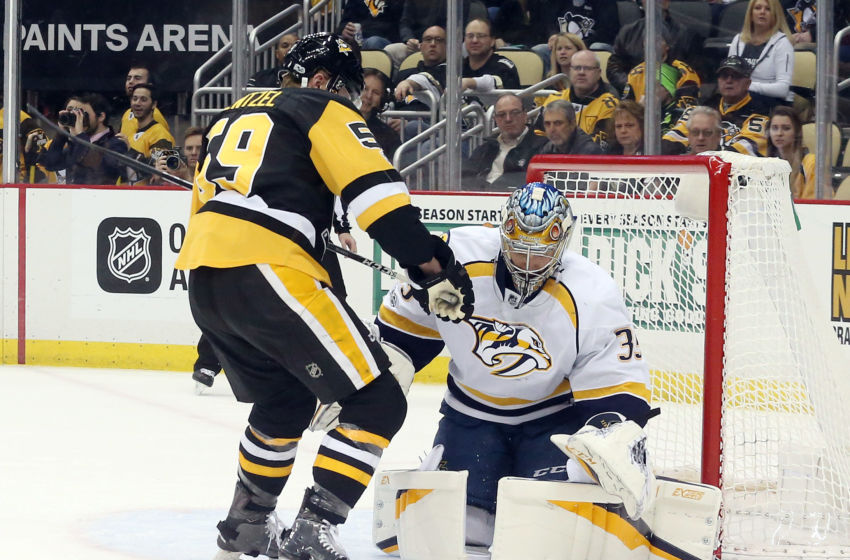 With the potential there that the Stanley Cup final could end in Game 6, it might be your last chance to play a prop bet on the NHL playoffs, and Bovada has a couple of intriguing ones up for offer.

Will the game go to overtime? Well, not one game in the final series has yet, after a pair of games went to OT last spring. The 2014 final was decided in OT and the 2010 final ended with a Game 6 OT winner.