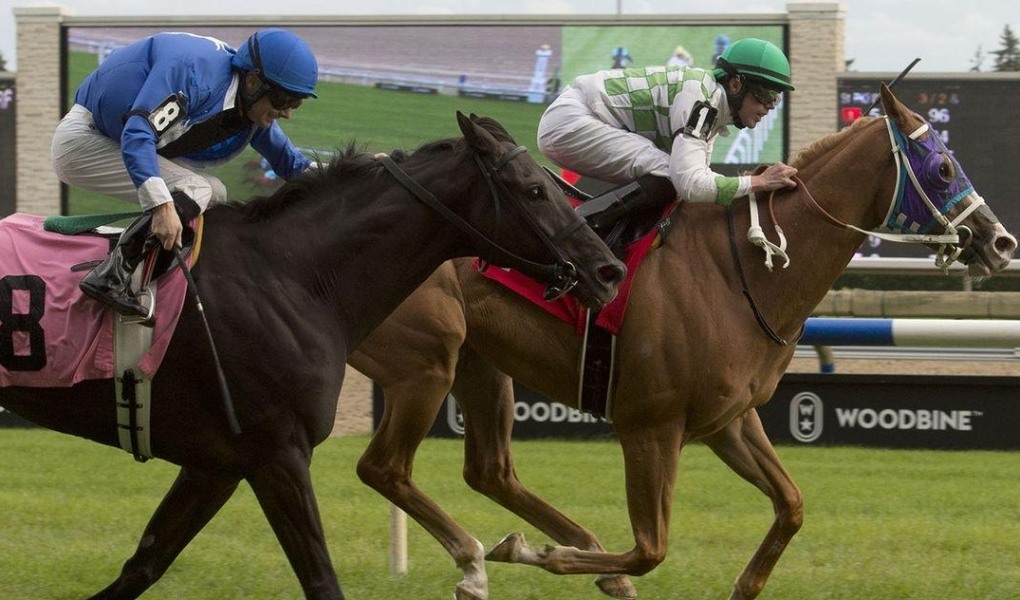 In a field that features three horses making their North American racing debut, the 2-1 morning line favorite, Thundering Blue, arrives at Woodbine via Sweden, of all places.

A five-year-old Kentucky-bred who has spent his entire 20-race career in Europe, Thundering Blue arrives fresh off a win in the Group 3 Stockholm Cup. He only made the move to Group-level racing this summer in his 18th lifetime start, but found instant success in winning the Group 2 York Stakes in July.

He then moved up to Group 1 company and ran a respectable third in the Juddmonte International at 1 1/4 miles, closing from the back of the pack against a very good field before going north to capture the Stockholm.

He showed a strong closing kick in the Juddmonte, and should be well-suited for the 1 1/2 miles here.

Funtastic Should Have A Lot Of Early Speed

They will all likely be chasing Funtastic (8-1 in the ML) out of the gate, as two starts back he ran very fast split times from gate-to-wire to win the 1 3/8 mille (G1) United Nations Stakes at Monmouth Park in his very first try at the stakes racing.

He couldn’t sustain that effort last time out in the (G1) Sword Dancer at Saratoga and finished seventh. He’s probably facing a bit easier field in this one, and should have enough speed to allow him to stick around for at least a minor share of the prize money.

After being forced to race three wide around both turns last time out in (G1) Joe Hirsch Turf Classic at Belmont, Spring Quality (4-1 ML) tired late against a very good field and wound up seventh. Prior to that, however, he had been in the money in four consecutive graded-stakes races, with two wins.

Expect Spring Quality to be flying late from the back of the pack, and he has a very good chance of reeling in the front-runners on the long Woodbine turf stretch.

Desert Encounter Often In The Money

Irish-bred Desert Encounter (6-1 in the ML odds) is another making his first start in North America, and will also be getting first-time lasix for the race.

While he doesn’t have a lot of top-level wins on his resume, he has finished in the money in 16 of 22 lifetime races, and has taken on some of the best Group 1 runners in UK stakes races this past year.

The Pattison Canadian International goes Saturday, October 13 from Woodbine Race Track. It’s race #9 of 11 on the card, with an expected post time of 5:41 PM Eastern.

Fans of turf racing shoudn’t miss the action from Woodbine on Saturday, considered one of the best turf courses in North America, and where big betting pools offer an excellent return on investment.

You can bet the Woodbine races with an account in one of these online racebooks.