Over Under NBA Bets On Saturday

The playoff implications in this one are actually slim. A pair of back-to-back defeats to Cleveland and Atlanta has all but ended Boston's (50-29) hopes at securing home court advantage throughout the conference playoffs. It's a virtually lock the Celtics end up at the two seed now. Charlotte (36-43) will need a miracle to reach the postseason. If they can somehow win out, while Miami or Indiana lose their remaining games, they get in. In other words, it's a super long shot.

With both teams' fates already determined, expect a high-scoring affair. No need to clamp down on defense anymore, players will just play loose. It also helps that the Hornets have been one of the NBA's best over plays recently. They've hit the over nine games in a row, last going under back on March 18.

Expect both point guards to go absolutely haywire in this one. Isaiah Thomas vs. Kemba Walker is as fun as a matchup as you'll see on Saturday, and both 2017 All Star selections should get their points in. 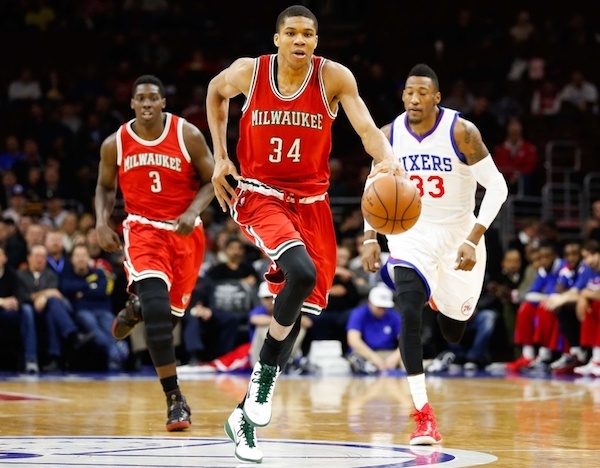 Neither one of these teams are ending the season on a high note. Once again, Philadelphia (28-51) will be crossing their fingers when the ping pong balls decide the NBA Draft order. The Sixers have the fourth worst mark in the league and we'll go out on a limb and say that'd like to keep it that way. At least Milwaukee (40-39) will play on in the postseason. However, the Bucks have dropped three in a row and this is the last of a three-game road trip.

There's still an outside chance the Bulls or Indiana jump Milwaukee as the Eastern Conference's sixth seed. Such a scenario would drop the Bucks all the way down to the eighth spot — with a matchup against Cleveland all but promised. That should pressure them into playing slightly better, but it's more of a matter of fatigue now. Legs are tired this late in the season, especially during a swing road trip.

Philadelphia is injury decimated, so we don't expect them to hold their end of the bargain in this one. Go under here.

This the team's last meeting of four this season. The Clippers (48-31) took the first two, with both games hitting the over, while the Spurs (60-18) took the previous game in an under. That makes this game tricky to pick.

But there's other factors to consider here. San Antonio is already in playoff mode. After losing to the Lakers on their home floor a few nights ago, they rested their starters last night against Dallas. It's unclear if they'll play today, but the message is clear: the last three games of the year don't matter to them.

Meanwhile, this game has a bit more at stake for the Clippers. While it's a guarantee they'll place Utah in the first-round, both teams are fighting for that fourth seed — and home court in the series. The Jazz are clinging to the spot by a full game, so Los Angeles needs to win out to keep pace. A motivated Clippers team should push this game toward an over.