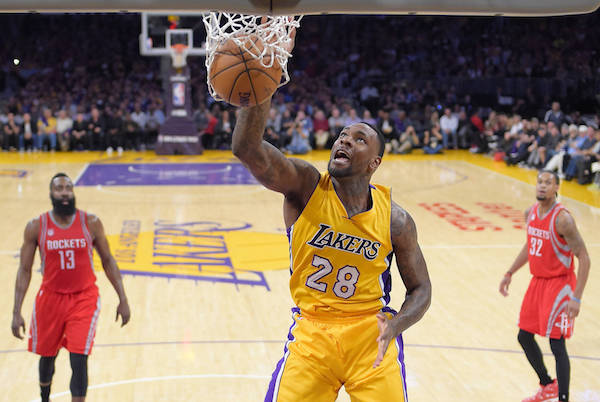 Who remembers last season's regular-season finale between these two teams? The image of Kobe Bryant blowing up the Jazz for 60 points will forever be etched in NBA lore.

While Bryant is long gone, both teams aren't that far removed from their April matchup. By all accounts, the Lakers defense remains porous. Sure, Luke Walton might be their new head coach, but this same group of players allowed the fourth-most points in the league just six months ago.

Houston racked up 114 points against Los Angeles on Wednesday, shooting a whopping 51 percent from the field. However, the Lakers ultimately outgunned them by scoring 120 points.

Points will be at more of a premium on Friday night against Utah, who had the second stingiest defense last year. But as Kobe Bryant proved, their are chinks in the Jazz's armor. In their season-opening loss, Utah surrendered 36 points to the Trail Blazers.

That was on the road, so playing at home should return Utah back down to Earth. However, 201 points is more than manageable from two teams that both easily topped their over/under in game 1.

Warrior fans, please get off the ledge. In spite of a 29-point, home-court shellacking at the hands of the Spurs, Golden State is still Golden State. However, a road matchup with the Pelicans won't be a piece of cake.

If there was any doubt who the best big man in the league is, Anthony Davis put that to rest in New Orlean's opening game. The unibrowed Davis' gaudy stats speak for themselves — 50 points, 14 rebounds, seven steals, five assists, and four blocks. Unbelievable.

Just as unbelievable, though, the Pelicans still lost 107-102 on their home floor to Denver. Nonetheless, Davis is a huge matchup problem for the small-ball Warriors.

In their loss to San Antonio, Golden State's glaring issues down low were on full display. The Warriors were dominated in two key categories — second-chance points (24-4) and rebounding (55-35).

Losing Andrew Bogut leaves a gaping hole for Golden State. The lack of rim protection will allow Davis to take full advantage in this mismatch.

With that said, expect Golden State to shoot better in game two. Their death-squad lineup won't go 7-of-33 from beyond the arc all that often. But Davis presence in the middle will be enough to keep this game close. 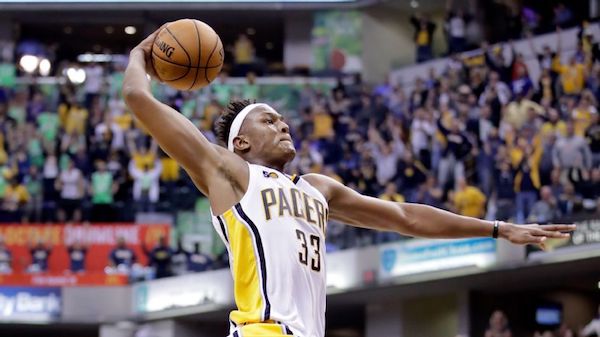 Both these teams started the season off on the right foot. The Pacers won a 130-121 overtime-thriller versus Dallas, while the Bulls held off a late rally from the Celtics for a 105-99 victory.

It's a small sample size, but Indiana flexed their balanced offense against the Mavericks. The Pacers flew full-court and scored the most points in their franchise since April 2011 off 48 percent shooting.

Five different Indiana players reached double figures, and despite the extra time, no one put up more than 19 shots. This team is more than just Paul George now. Flanked by Myles Turner, Monta Ellis, and Jeff Teague, this Pacers squad can attack from all sides.

Dwyane Wade put up 22 points in his Chicago homecoming, but the team shot just 39 percent from the field. On the defensive side, the Bulls allowed 50 percent shooting. Expect Indiana's high-octane offense to produce similar success in this matchup.

No, this isn't a typo. The Pelicans are in another must-bet game. One day after hosting Golden State, they will travel to duel the Spurs the very next night. Playing two of the three best teams in the league on back-to-back nights is brutal for anyone, little less a subpar team like New Orleans.

While other teams build through free agency, San Antonio develops little-known players. The latest product appears to be Jonathan Simmons. The second-year shooting guard went 8-of-14 from the field against the Warriors in a 20-point outing.

A more-rested Spurs team should take it to a battle-tested New Orleans squad on short rest.