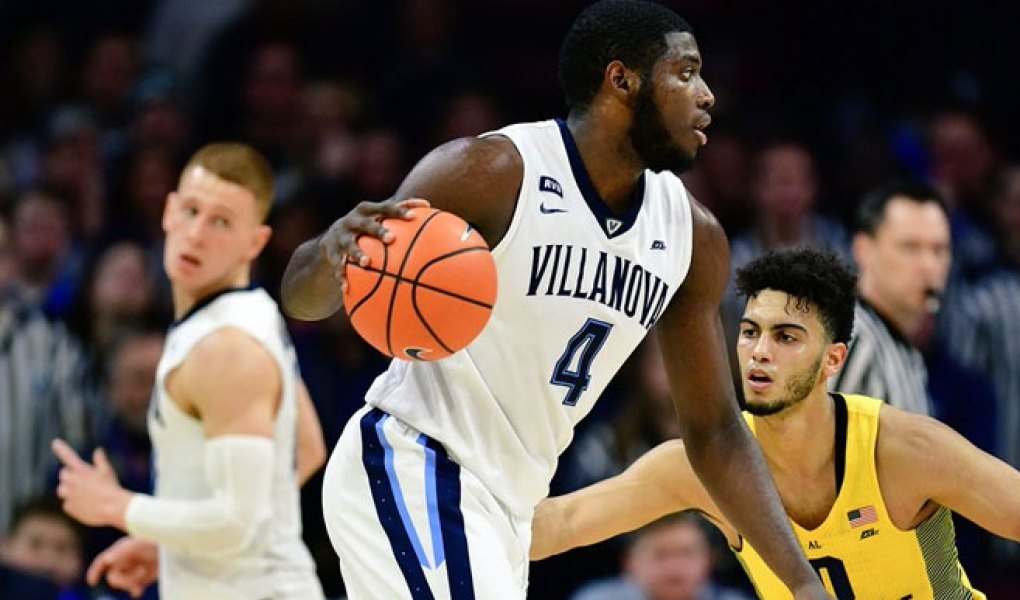 BetOnline has pegged the following ten teams with the best odds to cut down the nets come March:

This list is a great starting point. However, we've gone one step further and broken down four options you should keep top of mind when placing a futures wager.

The recruiting class Mike Krzyewski hauled in is almost unfair and dare we say, one of the greatest of all time? Only time will tell, but boy, on paper it certainly appears that way.

Duke landed the top, second, and third-ranked players — R.J. Barrett, Zion Williamson, Cam Reddish, respectively — on ESPN's 100 rankings. In all likelihood, the entire trio will be lottery picks in the 2019 NBA Draft.

Wait, it doesn't end there. The class also includes Tre Jones (17th) and Joey Baker (41st). While recruiting rankings are an inexact science, this is an unheralded coup.

The Blue Devil's biggest issue might be there's only one ball. Seriously. The incoming freshman are accustomed to being the number-one option, what happens when they inevitably aren't this season? After all, Krzyewski has had issues with role allocation in years past.

Solving that problem might also fall on Jones. He's not as hyped as Duke's other incoming freshman, but as the team's point guard, he might become the Blue Devil's most important player. Jones' reputation as a floor general is in for a litmus test.

Nonetheless, placing some money on Duke is almost mandatory. A Coack K-led squad with the most pure talent in the nation deserves the benefit of the doubt.

Circle November 6 on your calendar because that's when Duke and Kentucky clash to open the regular season. Both teams will likely enter ranked as one and two in the country, and it could very well be an NCAA championship preview.

Just like Krzyewski, you can never bet against John Calipari. The Wildcats are coming off an 11-loss season that ended in the Sweet 16. While that may be considered a "down year" by Calipari standards, those growing pains should pay dividends this season.

Unlike Duke, Kentucky won't lack experience. Five holdovers from last year's team remain, plus grad transfer Red Travis — coming by the way of Stanford — will be eligible. The senior was a first-team All-Pac 12 selection in back-to-back seasons.

Of course, that's not to say the Wildcats won't have a loaded freshman class. This is Calipari, who mastered the one-and-done movement, after all. ESPN ranked Kentucky's class second best in the nation. The group includes five top-30 recruits, including standouts Keldon Johnson (7th), E.J. Montogomery (14th), and Ashton Hagans (20th).

If Duke deserves your dollar based on hype, then Kentucky earns it with balance. Between size, speed, firepower, and experience, this is a complete team from top to bottom. The Wildcats should have no problem matching up with any team in the nation.

In the words of Ric Flair, "to beat the man, you've got to beat the man!" With two national championships in the past three years, Villanova is that man until further notice.

That's not to say head coach Jay Wright doesn't have an incredible challenge ahead. Only one program — 2006-07 Florida — has repeated as champions. If the Wildcats want to join the Gators, they'll have to do it without four of last season's starters.

However, Villanova isn't exactly green-eyed, either. A key returner will be senior Phil Booth. The guard has been apart of both title teams, and if not for injuries, he'd likely be in the NBA today. They also won the Joe Cremo sweepstakes this summer. The former Albany sharpshooter was perhaps the most-coveted transfer on the market, and with a 45.7 percent three-point shooting range last season, he'll fit perfectly into Wright's vaunted offensive attack.

Matter of fact, it's that offense that lands the Wildcats on this list. Wright's small-ball, positionless style of basketball has yet to be replicated anywhere across the college basketball landscape. Admittedly, Wright's personnel isn't as stacked this time around, but we're not discrediting that offense just yet. At +1000, there's value in wagering Wright can reload in 2019.

I know what you're thinking, who? You mean UNLV? No, we're talking about the other in-state team, the Wolf Pack. While Nevada doesn't carry the pedigree of Duke, North Carolina, and Kentucky of the worlds, they've struck lightning in a bottle.

The Wolf Pack checks every box you want in a championship hopeful. Experience? There's eight fifth-year seniors on this roster — an almost unheard of feat, especially in the one-and-done era. Half of those players started on last year's Sweet 16 run, too.

Talent? Nevada is led by a pair of twins in Cody and Caleb Martin, who tested the NBA waters before returning for school. Both, along with Jordan Caroline, are all-Mountain West first-team selections.

Size? No player on the projected starting five will measure less than 6-foot-7. Down low, Nevada will have a pair of 6-foot-10 bigs, including incoming five-star freshman and McDonald's All-American Jordan Brown.

What about depth? With nine players who have previously averaged at least 13 points per game in a D1 season, you can check that box, too.

There might not be a weak link on this Wolf Pack team. Seriously. Bet them now at +1200 because these odds will shoot up once the rest of the country realizes how loaded this program is.