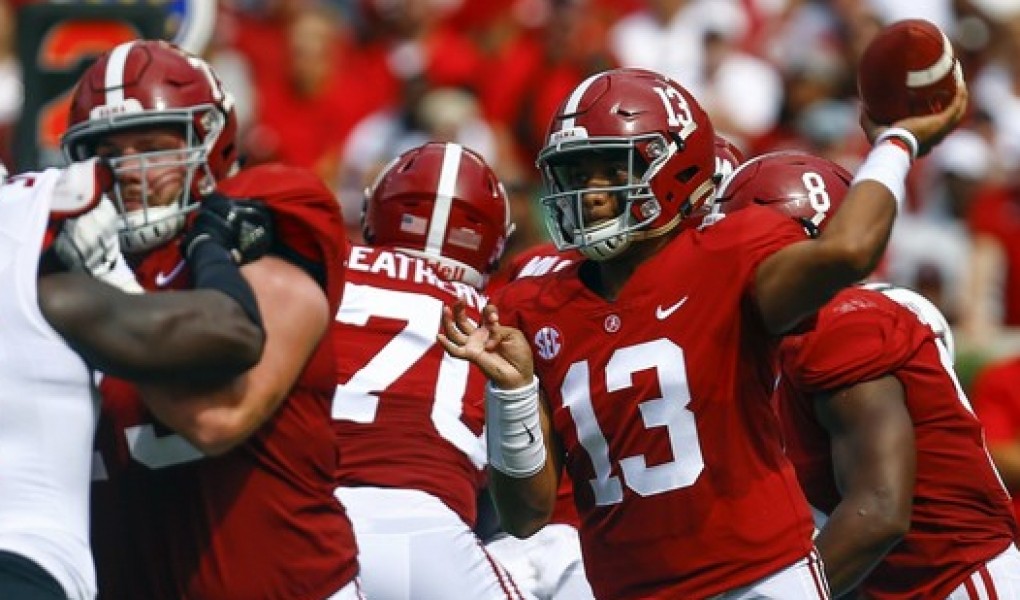 Odds to Win The NCAFF Title

Through the first two weeks of the college football season, bettors picking against Alabama have few logical reasons to take a solid stand against the heavy favorite. The Tide rolled Louisville and Arkansas State in its first two contests,then pummeled Ole Missin week 3 for good measure. They have been absolutely dominant since QB Tua Tagovailoa took over in the second half of the national championship game last year.

The idea of Alabama having a dynamic passer with excellent mobility is scary and it’s now the current reality. If Tagovailoa stays healthy, it’s very difficult to see anyone unseating Alabama barring a major upset.

Look at these tips

Before digging deeper into the conversation of betting the 2019 national champion, let’s quickly explain the proposition itself for newbies. The number next to the team is how much you’d win per hundred dollars wagered. Simple enough.

Newbies may also wonder what is meant by “the line” in sports betting. The line is simply the stated odds. From week to week, the line would be expressed as the number of points one team is favored to win the game by over another. Futures bets feature a wagering event or scenario that happens weeks or months away with the idea that bettors can attain more attractive odds by betting so far in advance.

So which college football team offers the most betting value to win the 2019 National Championship?

It can be easily argued that Alabama is so superior to every team in the country, that +200 represents fair wagering value at this stage in the game. While I certainly cannot begrudge anyone that opinion, let’s dig into the matter at hand a bit further.

I can’t recommend betting against Alabama, but if you’re going to, insist on value. Anyone casting the net on Alabama to win another title has to remember that this is football and that key injuries happen every single Saturday.

Bama is good enough to win with its backup QB Jalen Hurts, but they aren’t the dominate team they can be with Tagovailoa under center. If he stays healthy, the rest of college football may simply be playing for runner-up.