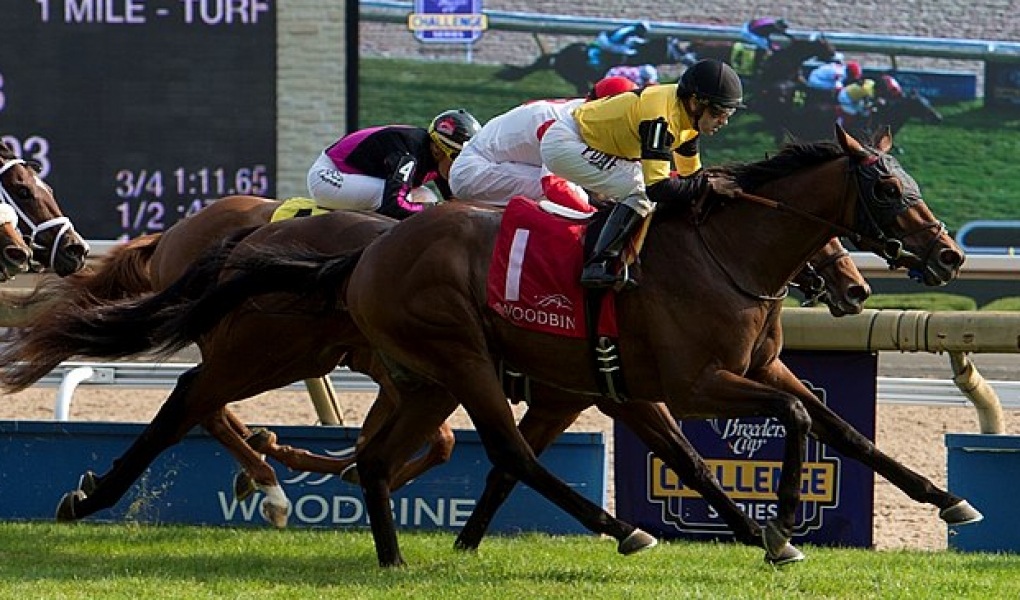 In last year’s Northern Dancer Turf, Johnny Bear (8-1) had the hometown crowd roaring as he charged down the stretch at odds of 9-1 to collar the heavy favorite in Hawkbill and get the win by a head in a photo finish.

Trained by Ashlee Brnjas and ridden to the win by champion local jockey Luis Contreras, Johnny Bear provided quite possibly the race of the year for local fans in capturing his first-ever Grade 1 win on his home track.

Unfortunately for his connections, he has yet to repeat that effort, having gone winless in six starts since then, all at Woodbine. He showed some sign of getting back on track in his last effort, running second in the OLG Halton Stakes in late August. However, one year removed from his dramatic Northern Dancer Turf win, there’s not much in his recent form to suggest he’ll be able to pull it off once again.

Hawkbill Looking to Get Back on Track

At the same time, his main rival in Hawkbill (2-1) hasn’t been setting the world on fire recently himself. After starting the 2018 season with pair of wins in Dubai, he’s been beaten in three consecutive starts back in the UK, managing a single third-place result in that stretch of races.

It should be noted, however, that he has been facing much tougher competiton in those races than Johnny Bear has, as all of Hawkbill’s starts have been at the Group 1 level.

Hawkbill is also getting first-time lasix this year for the Northern Dancer, and while he may not get the win, on sheer talent alone he’s a solid threat to be in the picture when they hit the wire.

Door is Open For an Upset Winner

With all kinds of questions surrounding those two, the Northern Dancer Turf sets up for someone else to grab the glory, and a logical choice may lie with Mekhtaal (7-2). A former Group 1 winner in France, he was dissappointing in two North American starts in 2017 when making a bid to qualify for the 2017 Breeders’ Cup Turf.

After being off for 10 months, he made his 2018 debut at Woodbine in the (G2) Nijinsky Stakes where he ran second. With that start under his belt, he’s primed to make a move forward on Saturday for trainer Graham Motion at what could be a good price.

The second Graham Motion starter in the field is Utmost (4-1), who comes in off a win in the (G2) Sky Classic over the Woodbine turf. He gets a little more distance here and should be up with the leaders from right out of the gate. Meanwhile, top Canadian hopes probably rest with Tiz A Slam (10-1).

The (G1) Northern Dancer Turf goes Saturday, September 15. It follows the Woodbine Mile on the card, as race number #11 with a post time of 6:38 PM Eastern.