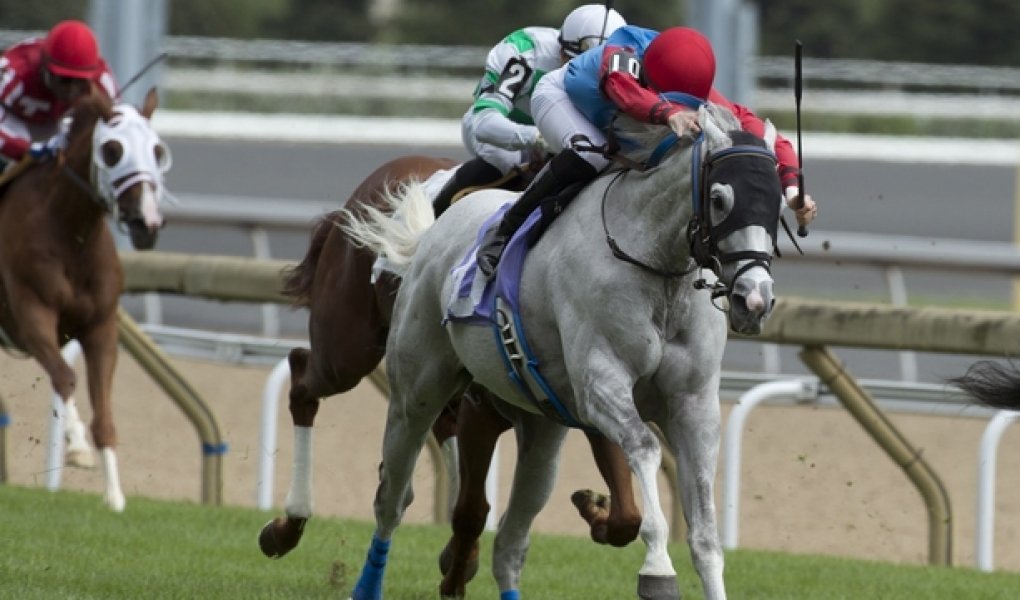 Run over Woodbine's sweeping E.P. Taylor turf course, the 2018 Woodbine Mile has drawn a strong international field of eight colts and one filly, trying to get into the gate for the Breeders' Cup Mile led by morning line favorite Delta Prince, listed at odds of 5-2.

Trained by Allen Jerkens, Delta Prince has a recent win over the track and surface and at the distance, having claimed the (G2) King Edward Stakes at Woodbine in June, coming from just off the pace to rally down the long Woodbine stretch and drive to a 1 3/4-length victory. He followed that up with a narrow loss in the (G1) Fourstardave Handicap at Saratoga last month, where he simply appeared to run out of track chasing down Voodoo Song.

A repeat of either of those two efforts makes him a deserving favorite in this field.

Shipping in from the UK to make his North American racing debut in the Woodbine Mile, the French-bred colt Lord Glitters (4-1) has been very competitive at the top level of racing across the pond, having finished in the money in four consecutive Group-level races, including a win last out in the Group 3 Strensall Stakes at York.

Overall, Lord Glitters has been first or second in nine of his last 10 races, and if he handles the travel and track, he's a solid bet to continue that streak Saturday at Woodbine.

Also making his North American debut on Saturday, Stormy Antarctic (8-1) should have no problem handling the travel over from his home base in the UK, as he has had five starts in three different countries already in 2018, and like Lord Glitters has finished in the top three in each of those races, with two wins.

He has won five of 15 so far in his career at the one-mile distance.

Local Runner Trying for the Upset

If there's one colt in the Woodbine Mile field with a home track advantage, that would be Mr. Havercamp (6-1) and Ontario-bred who has all six of his lifetime wins on the Woodbine turf.

He comes in off a win in the (G2) Play The King Stakes and gets a bit of a stretch out in distance, but he's facing the toughest test of his career in this one.

The Woodbine Mile goes Saturday, September 15 as race #8 of 12 on a Woodbine card that includes the (G1) Northern Dancer Turf Stakes. Post time is 4:48 PM Eastern.