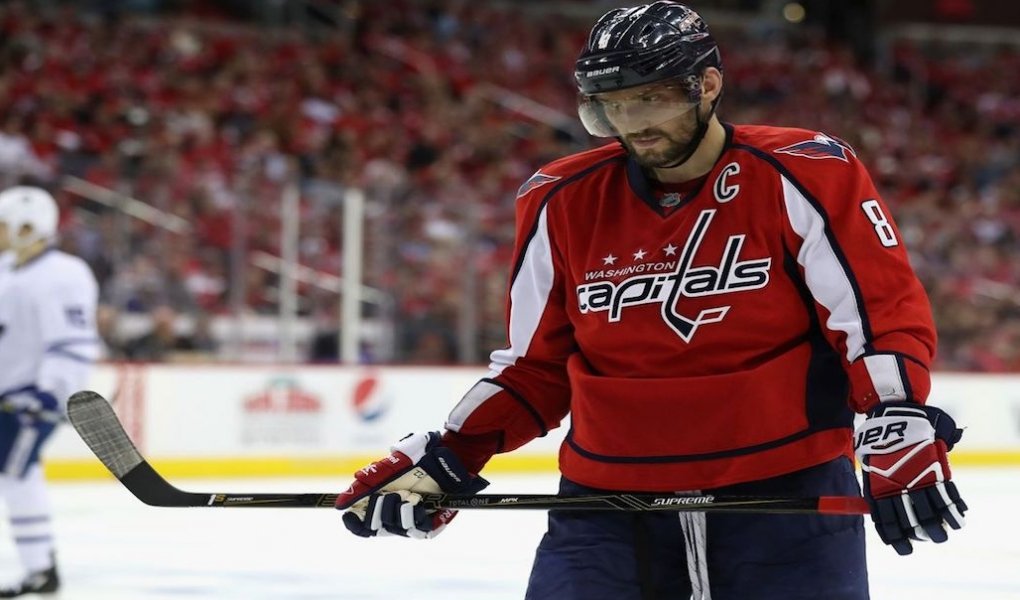 Will Alex Ovechkin repeat as the NHL’s leading scorer? Or will he be unseated by Sidney Crosby? Or perhaps Connor McDavid? We have the inside scoop on who to watch out for in the race for the Maurice Rocket Richard Trophy during the 2018-19 season, with analysis that tackles:

Always confirm the included lines before making a definitive decision on who you’ll be investing in. Bovada will invariably tinker with their odds as the regular season progresses.

Oddsmakers have dubbed the following three players the consensus favorites to lead the NHL in total goals during 2018-19.

Connor McDavid’s odds are, shall we say, interesting. Although he’s a points-piling monster, he tends to rack up more assists than goals. Leading the league in the latter would represent something of a stylistic change.

Investing in this line wouldn’t be foolish, though. McDavid is just 21. Many believe he’s on the verge of becoming the best player in the league, and he’s improved his scoring totals through each of his first three seasons. Another jump puts him in position to snag the Maurice Rocket Richard Trophy.

Indeed, he’s 33. He could be due for some regression. Then again, he’s the NHL’s leading authority on winning the Maurice Rocket Richard Trophy. He’s taken home five of the past six.

Continue to view him as a favorite until reality dictates otherwise.

There is something formulaic about Patrik Laine checking in with the second-best odds. He finished second in total goals last season, just behind Ovechkin. Ipso facto: Here he is.

But his case isn’t just about the previous. Laine isn’t yet 21. That he finished with more than 40 goals last year is absolutely ridiculous. There’s always risk when betting on younger favorites, but he deserves his place on the NHL’s scoring totem pole.

Although the below players are not being advertised as top-five candidates by oddsmakers, they deserve your consideration.

Oddsmakers have no doubt soured on William Karlsson due to sustainability issues. They consider last year’s 43-goal detonation an anomaly becuase they have to. The Vegas Knights were an aberration as far as expansion teams go, and Karlsson positively thrived ina a different role.

But let’s not get carried away. He didn’t finish third in total goals as some sort of a fluke. He’s still just 25, and despite his early-season struggles, the Knights will continue to feature him.

Betting on Sidney Crosby to pace all players in total goals is seldom a bad decision. Yes, he’s coming off a down year in which he tallied just 29 goals through 82 appearances. But he’s taken home the Maurice Rocket Richard Trophy twice, including winning it during the 2016-17 crusade.

And yet, Crosby’s game has undergone some adjustments over the past half-decade or so. He’s more of a setup man than ever. He may not have cleared 40 goals for the last time, but it’ll take a small miracle for him to top the league in scoring given his current role.

Nevertheless, he’s worth a look at this price point.

Color us intrigued. Most will think Nikita Kucherov is best suited for these dark horse odds rather than as a top-five favorite. He’s not. He’s earned a higher billing.

Kucherov has tallied at least 39 goals in each of the past two seasons. At just 25, the smallest of upticks could see him rise above the entire field this year. Treat his odds seriously unless he stalls out early in the year.