NHL Picks Tonight: Vegas Looks To Get Wild at Minnesota

My Team's Next MatchVegas Golden Knights

It would appear that what happens in Vegas stays in first place. That's where the Vegas Golden Knights situated themselves early into their inaugural NHL season, and it's where the first-year expansion team continues to reside. Fresh off a Thursday's 3-2 overtime win over the Central Division-leading Winnipeg Jets, the Pacific Division front runners arrive in the State of Hockey to face the Minnesota Wild.

The Wild were riding high off the hog in the NHL's Western Conference at this time a year ago, battling for top spot in both the conference and the Central Division. But they are Exhibit A of how quickly things can take a turn for the worst in today's parity-driven NHL. This season has proven to be a struggle for the Wild and right now, if the Stanley Cup playoffs got underway tomorrow, Minnesota would be spectators.

Will the upstart Golden Knights continue to be golden as they arrive in Minnesota on Friday? Let's look at the possibilities, based on the odds provided by Bovada. 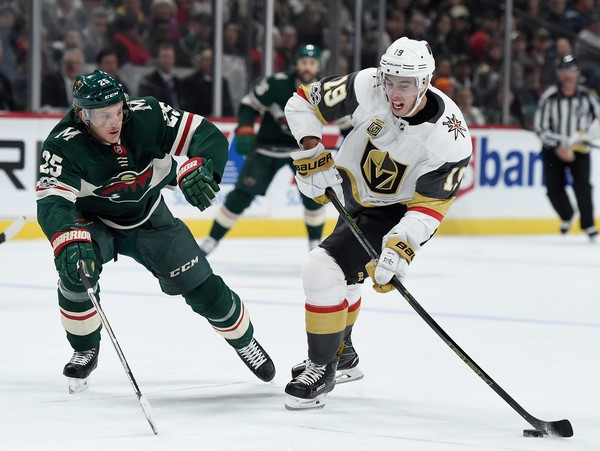 The Golden Knights grabbed hold of the wins mark for a first-year NHL team when they toppled the Jets on Thursday in Winnipeg. Vegas has won 34 games one more than the 1993-94 Florida Panthers and Anaheim Ducks, who both won 33 games in their first NHL campaigns. Vegas comes to Minnesota with a stellar 15-9-2 road record, and displaying no indication that this expansion team is going to hit a wall at some point this season.

Vegas is 7-2-2 in its last 11 games and 4-1-1 in the last six games. The Golden Knights are an impressive 15-5-4 in one-goal games and 22-1 when they score the game's first goal for an NHL-best .957 winning percentage in that scenario. Even when they fall behind, generally a death knell in the NHL, Vegas is a solid 12-11-4 when the opponent opens the scoring.

Balanced scoring, a rarity with an expansion franchise, is a staple for Vegas. The Golden Knights have three players who rank in the NHL's top 50 scorers forward Jonathan Marchessault (18-30-48), forward William Karlsson (27-17-44) and forward David Perron (13-31-44). As a team, Vegas is second in goals per game with 3.42 and is tied for third in goals with 171. The Golden Knights have seen six different players record at least 34 points this season, which leads the league. 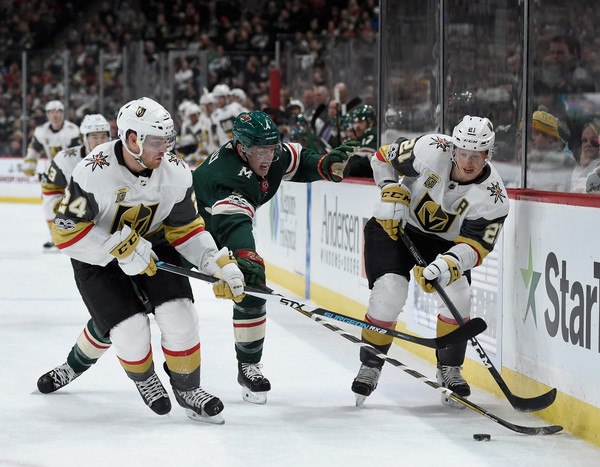 The Wild looked to be finding their way after a slow start to the season. They've claimed points in seven of their last eight games (5-1-2) and in 11 of their last 14 games (9-3-2). They also grabbed a 4-2 home-ice win over the Golden Knights in their previous visit on Nov. 30. Minnesota is 5-3-2 against Pacific Division opposition this season.

Minnesota is proving to be an especially tough opponent on home ice. The Wild has a nine-game point streak in Saint Paul (7-0-2) since the NHL holiday break, outscoring opponents 35-17 in those home contests since Dec. 27. Minnesota has earned at least a point in 17 of its last 18 games in Saint Paul since Nov. 14, leading the NHL in wins and points at home over that span with a 14-1-3 slate. The Wild is 17-4-4 at Xcel Energy Center this season, ranking second to only Vegas in points earned on home ice.

The Wild rank second in the NHL with a 91 percent penalty kill success rate on home ice (71-of-78), and their seven power-play goals against on home ice are tied for fewest allowed in the NHL this season.